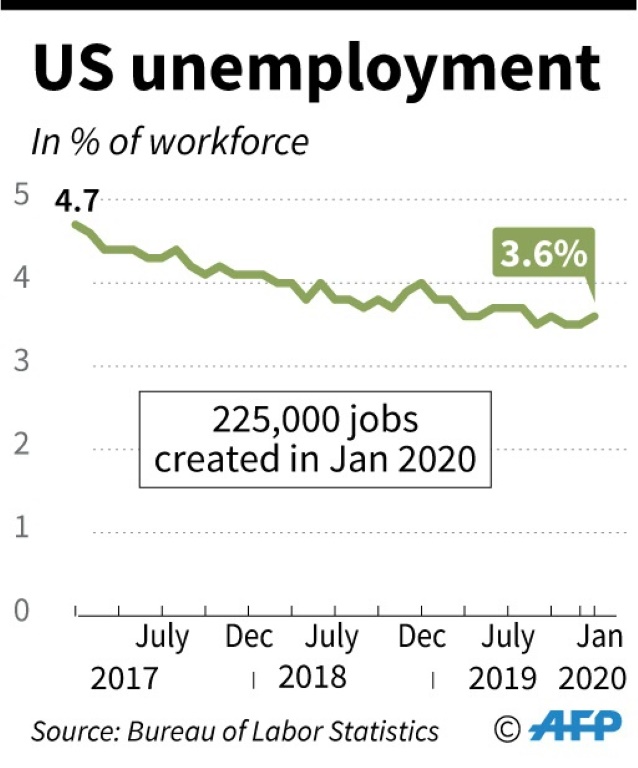 With the US presidential campaign heating up, the White House continues to look backward, comparing President Donald Trump's economic record to his predecessor Barack Obama.

The Trump administration released the Economic Report of the President on Thursday, which in nearly every metric claims a vast improvement over the previous administration.

Trump's policies produced economic growth that "is not a continuation of expansion after great recession," said Tomas Philipson, acting director of the .

Despite numerous projections in 2016 that the US economy would slow by now, "the Trump economy has shattered those projections in pretty much all dimensions," Philipson told reporters.

Unlike Trump, Obama took office with the US economy in freefall amid the devastation of the global financial crisis, when growth declined for four consecutive quarters.

The United States has entered a record 11th year of expansion under Trump, and Philipson said the president's plan, including tax cuts and deregulation, deserves the credit.

Even so, the White House report projects the economy will grow by 3.0 percent or close to that rate through 2030, although Philipson acknowledged the forecast assumes all the president's policies would be implemented -- highly unlikely with the November election looming and Democrats in control of the purse strings.

The US unemployment rate is near a 50-year low at 3.6 percent, with record low jobless claims for minority groups, and Philipson said the Trump administration has seen nearly seven million jobs created.

However, average monthly job creation has declined and is far slower than in the final three years of the Obama administration, dropping to 175,000 in 2019 from 195,000 in the year before Trump took office.

Slowing job growth is not unusual in the latter stages of a recovery, especially for an advanced economy, amid a very tight labor market.

"The Trump economy is bringing people off the sidelines" and back into the workforce, Philipson said, and workers are more productive.

He acknowledged that the report does not analyse the impact of the growing budget deficit under Trump, which the Congressional Budget Office said will breach $1 trillion this year.