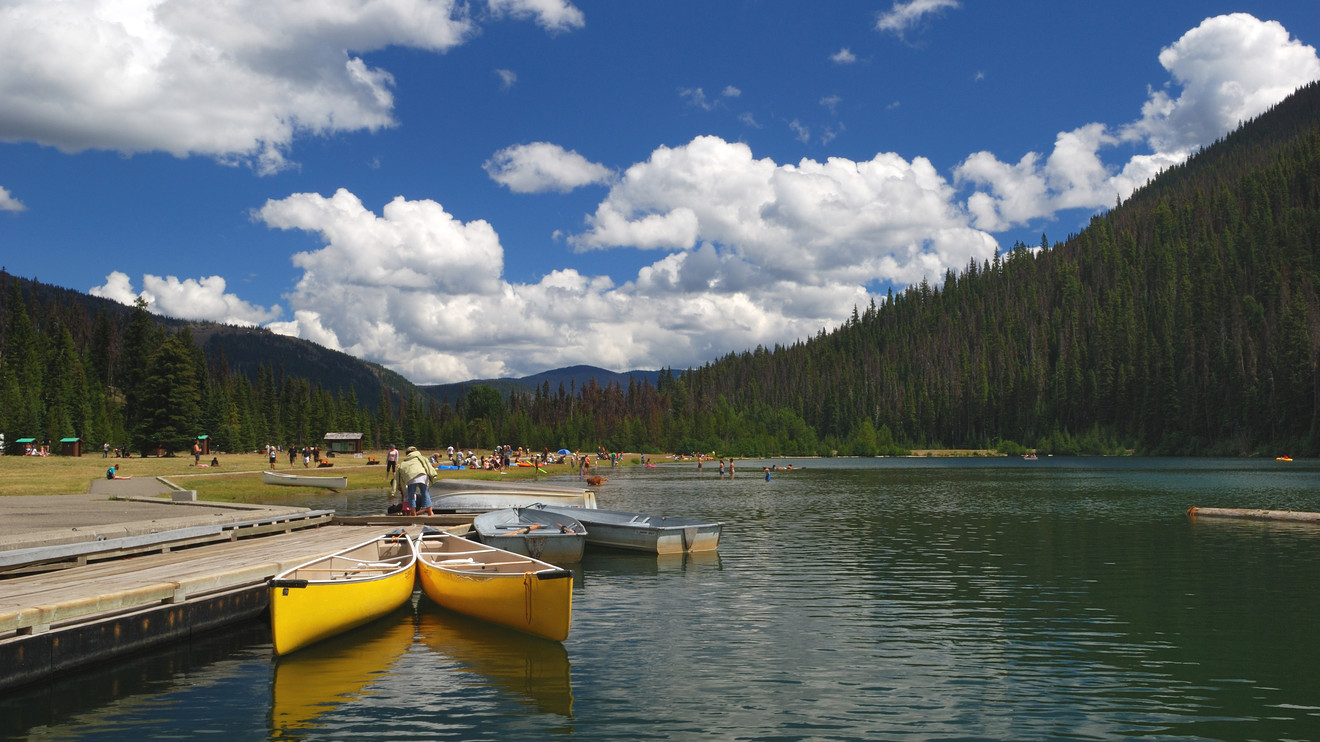 These parents are going to great lengths to ensure their kids are happy campers.

It’s the most stressful time of the year for parents struggling to get their kids into summer camps, many of which are already at capacity.

Camp counselors say they’ve seen parents act their most desperate during registration periods. Christopher Tucci, 30, a sports camp counselor who has coached at elite camps in New Jersey, Los Angeles and Colorado in recent years, says he’s had parents try to bribe him into getting their kids a spot on the roster.

“I’ve had everything from parents bribing me with money or free services if they own a local business, to parents finding out who is signed up already, and trying to convince those parents to take their kids out, in order to free space so they can sign up,” Tucci says: “I had a parent in line offer the parent in front of them $100 to change places on the line.”

Tucci says he’s never taken a bribe, but he’s been offered hundreds of dollars from parents. “I knew them well enough that it was a very playful tone of ‘come on, you know we can’t,’ or if I didn’t know them at all I’d turn them away from business in general,” he says.

Don’t miss: These are the pricey summer camps where wealthy kids go to feel ‘normal’

The average cost of a week-long day camp is $314, according to the most recent statistics from the American Camp Association (ACA) with many of the camps hosted by nonprofit and city organizations, branches of the YMCA and the Boys and Girls Club. Sleep-away camp on average costs $768 per week, and $1,500 weekly, the ACA noted, but experts say prices can be far more expensive than that.

Niche camps that specialize in things like STEM, robotics and computer science can cost up to $1,000 a week. Although 93% of accredited camps offer financial assistance, spots fill up so fast parents who need it are often out of luck if they are minutes late to sign up.

Case in point: Registration for the Recreation Summer Camp in Summit, N.J. opened on Jan. 2 and the camp now has more than 50 people on its wait list. It has 175 spots for a six-week daily program for $305, and had 12 spots open for a reduced cost of $205 available on a first come, first served basis.

The camp even sent out “save the date” emails to parents as early as December 2018, Maria Hughes, an office assistant at the camp, confirmed. “The sign up went live at 8:30 a.m. and filled in two hours,” she says.

Competition gets especially stiff when it comes to applying for subsidized slots, she adds. To get the reduced rate of $205, a parent must show their child’s reduced school lunch form to prove they qualify for financial assistance.

Some desperate parents will do anything to cheat the system, she says, but camp employees are on the look-out for anything that looks suspicious. “Last year, someone forged a reduced lunch form, we took them out of the camp,” Hughes recalls.

So why do parents to such lengths to get their kids into a summer camp, which is supposed to be fun?

Robert Feldman, a social psychologist and professor of psychological and brain sciences at the University of Massachusetts Amherst, says the obsession with getting a kid into an elite camp gives parents automatic bragging rights, allowing parents to take credit for their children’s’ achievements.

Feldman explains the behavior is reminiscent of the college admissions fraud scandal that rocked the nation earlier this month. Giving your child every social and cultural advantage starts earlier and earlier, especially when there’s so much competition to get into the right school and, eventually, college.

“Parents feel that it’s their responsibility to help their children maximize their success and some parents will do virtually anything to allow their kids to get into the right camp,” Feldman says.

“There’s an element of fear,” he adds. “It’s this feeling that if your son or daughter is not in ‘the right place’ they’ll somehow be disadvantaged for the rest of their lives, but in reality they’re going to be just fine. It’s easy for parents to lose site of that.”

Some parents go to great lengths to get their kids into camp the hard way, without cheating the system. “You need to set your alarm to sign up,” Liz Tenety, a mother of four from Summit, N.J., told MarketWatch of scheduling her kids’ summer plans six months in advance. “There’s incredibly high demand within our town to get access to these more affordable, high-quality summer camps.”

Tenety, 33, says subsidized spots at Recreation Summer Camp in Summit, N.J. in her town filled within a day.

When Tenety could not get a subsidized rate for both of her boys, she decided to sign them up for camp at the local YMCA for around $300 a week per kid. She’ll have to shell out another $600 a week for the cost of a babysitter to watch her youngest daughter.

Parents with deep pockets who want their kids to have a more specialized summer-camp experience can pay a starting fee of $400 an hour to consult with Jill Tipograph, a New York City-based educational consultant. Her company, Everything Summer, helps families decide on the best summer program for their kids by interviewing them about their hobbies and interests.

“We talk about personal interests and get them to share with us the kind of extracurricular activities they do,” says Tipograph. “We ask leading questions like, ‘Do you play an instrument? Do you sing?’ To get a sense if it’s an actual passion. We ask them about the kinds of things they like to do that make them happy.”

Tipograph learns about the kinds of classrooms settings kids are in, if they are introverted or extroverted, and suggest camps based on their age group, hobbies and behavioral traits. She will ultimately give parents a suggested list of camps that would be a right fit for their child, though she does not ultimately sign the kids up for camp herself. “We won’t just be a conduit to get them into a camp, it has to be a good fit,” Tipograph says.

“I turn away clients,” she says. “When parents come to us wanting us to do things that are not within our morals and integrity, or the way we work, we nicely explain, ‘The answer is no,” she explains. She’s had to refuse the services of some parents for trying to pay her to skip the line and try to snag their kids a spot in a sought-after summer camp.

Other moms, like Melissa Wachman, 37, who lives on Manhattan’s Upper East Side, have already missed the boat for early summer-camp sign-ups, so she’s considering enrolling her child in day-camp sessions instead.

She uses the app KidsPass, a ClassPass-type monthly subscription system where parents can sign up for $19 to browse available classes for kids like pottery, music lessons, crafts or chocolate-making and sign them up like you would book a Yoga class.

Also see: All the ways American teenagers are under enormous pressure to succeed

“It’s very stressful,” Wachman says. “Basically, as soon as the KidsPass calendar is available, you need to be on there booking right away,” she says, adding that she’s forked over $80 for just one class for her kid in the past.

Tenety, the co-founder of the blog Motherly, says the burden of booking summer camps for kids often falls on moms, and the cost of expensive camps can cancel out what they make at their own jobs leading some to decide to stop working and stay home with their kids instead to cut costs.

“It’s not helping the overall economy for women and even the wage gap,” says Tenety. “Some moms end up saying, ‘It’s going to cost me more money for my kids to go to camp than I make at work.’”

Get a daily roundup of the top reads in personal finance delivered to your inbox. Subscribe to MarketWatch's free Personal Finance Daily newsletter. Sign up here.