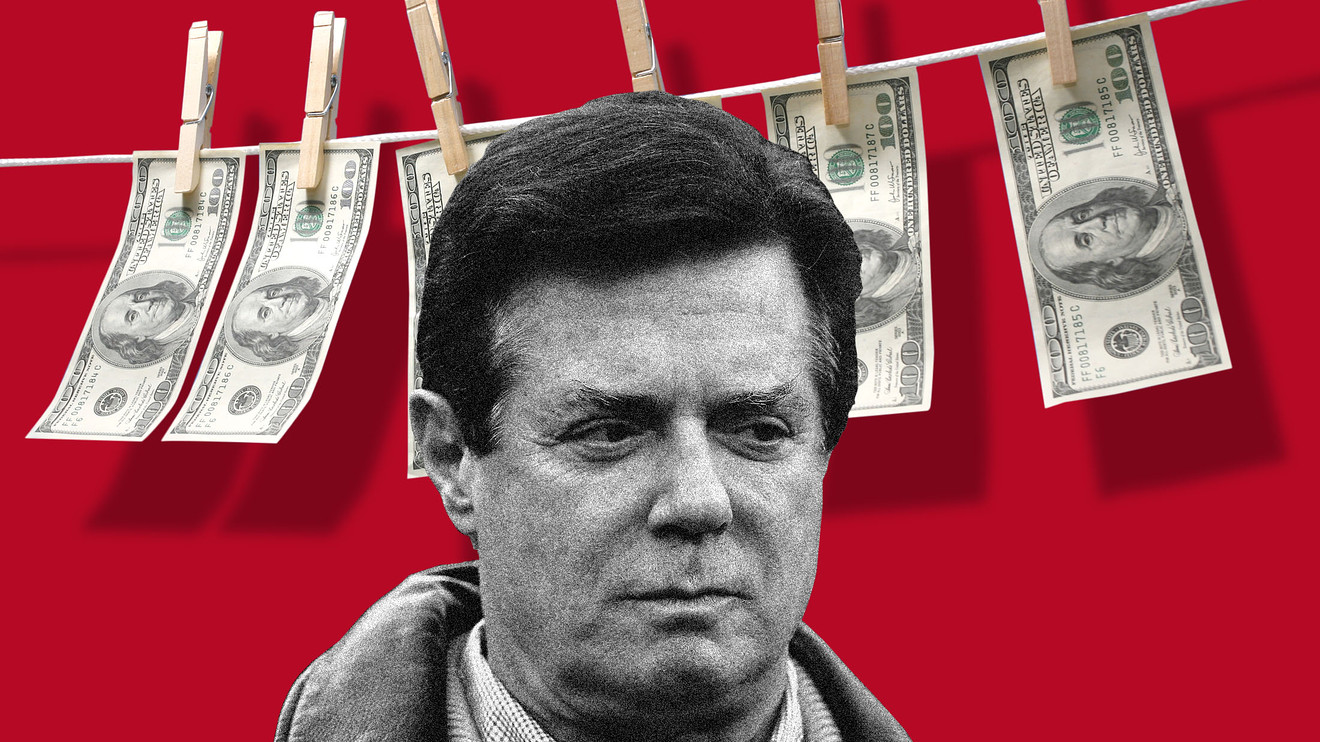 But more cases like Manafort’s could start to come to light as the housing market cools after years of record-breaking home-price appreciation.

Also see: Paul Manafort is accused of money laundering — what is it and how do you do it?

Manafort faces 16 counts, including falsifying business records and a scheme to defraud, according to the indictment unsealed in state court in New York last week. The charges stem from what prosecutors have allege was a year-long mortgage-fraud scheme through which Manafort obtained millions of dollars.

This case is in the spotlight because of other alleged crimes Manafort committed that were unearthed by Robert Mueller’s investigation into the Trump administration and campaign. Otherwise, it’s a fairly run-of-the-mill crime, experts said.

“I would classify it as a very plain, vanilla fraud scheme,” said Ann Fulmer, principal at Paladin Advisory Services, a consulting firm that specializes in investigating loan-quality issues for mortgage lenders. A spokesman for Manafort did not immediately return a request for comment.

What is mortgage fraud?

The Federal Bureau of Investigation defines mortgage fraud as “some type of material misstatement, misrepresentation, or omission in relation to a mortgage loan, which is then relied upon by a lender.” It can be perpetrated by prospective borrowers and housing industry workers alike.

Common forms of mortgage fraud include:

“Fraud happens a lot of times because somebody’s desperate,” Fulmer said. “Whether it’s a loan officer who wants to close loans on the table, an appraiser who wants to get business or a homeowner who is stuck in a loan they can’t pay and short sales.”

In many cases, people will commit mortgage fraud to secure housing. But in some cases, like the latest allegations against Manafort, they may engage in unlawful activity to earn a profit. The details of the indictment released this month by the Manhattan District Attorney’s Office did not illustrate the scheme Manafort pursued.

However, a previous federal indictment claimed that, along with Rick Gates, Manafort created a shell company that purchased a Manhattan condo for around $2.85 million in 2012 in order to launder money. Manafort later attempted to take out a mortgage on the property, falsely saying his adult daughter would be living there when he in fact was renting out the unit on Airbnb.

For now, it’s unclear whether others will be charged with assisting Manafort in this scheme. “It’s likely that he didn’t accomplish the fraud himself,” said Josh Migdal, a partner with Miami-based law firm Mark, Migdal & Hayden. “I’ve filed a number of lawsuits against attorneys for their complicity in helping to perpetrate this type of mortgage fraud.”

See more: Eight tax-law changes that will most affect your 2018 return

In fact, the most unusual aspect of the charges against Manafort is that they didn’t come about because of a foreclosure, as is typically the case with mortgage fraud. As Migdal explained, many people who commit mortgage fraud go undetected for years. As long as they make their monthly mortgage payments, the lender who was lied to likely has no reason to suspect a crime was even committed.

“There’s no damage until there’s foreclosure,” Migdal said. “That’s when everything bubbles to the surface.”

As of the second quarter of 2018, 1 in 109 mortgage applications was estimated to have some indication of fraud, according to research from global real-estate data firm CoreLogic CLGX, -1.07%

Moreover, the risk of mortgage fraud had increased by more than 12% between 2017 and 2018. The most common forms of mortgage fraud involve misrepresentations of income and occupancy — the very form of fraud Manafort allegedly engaged in.

A separate report from title insurance firm First American Financial Services FAF, +1.27%  calculated that the frequency of defects, fraudulence and misrepresentation in the information submitted in mortgage-loan applications rose 9.6% between January 2018 and January 2019.

The rising risk of mortgage fraud is a major shift from roughly a decade ago when the financial crisis roiled the housing industry.

“Once all the lenders got hit with the crisis and all the credit got pulled in pretty tight, fraud was at a low level because the controls were pretty tight,” said Bridget Berg, senior director of fraud solutions with CoreLogic. Since 2016, mortgage-application fraud risk has been steadily increasing.

As the country recovered from the housing crisis, record-low mortgage rates contributed to a major uptick in consumers refinancing their mortgages. Refinance loans are typically safer than loans used to purchase a home, reducing the risk of fraud.

But as rates started to increase from 2016 onward, fewer consumers were pursuing refinances. That forced lenders to shift gears and focus more on loans used to buy homes. Consumers, however, have struggled to purchase homes in recent years thanks to skyrocketing home prices and strict credit standards.

Therefore, many lender began to loosen their requirements of borrowers, opening a door for more fraudulent activity. Plus, borrowers were more likely to lie to lenders to get over hurdles preventing them from becoming home owners, and real-estate industry employees who work on commission have added incentive to falsify documents or persuade borrowers into lying to turn a profit.

Last May, for instance, Fannie Mae warned of a scam in Los Angeles, one of the most competitive housing markets in the country, which involved borrowers listing fake employers on loan applications. As Berg noted, this was a case where borrowers and industry professionals alike were likely involved.

“It’s a recipe for disaster,” Migdal said. “These new buyers need to qualify for homes, and the mortgage brokers know what the underwriting standards are, help them to qualify.”

On the surface, it may seem that the lender is the only victim where mortgage fraud is concerned, but that’s far from the case. For starters, loans are often sold to Fannie Mae, Freddie Mac and Ginnie Mae. These are taxpayer-supported entities — meaning that when they are forced to record losses on foreclosed loans they purchase, it’s American taxpayers who are really on the hook.

Moreover, lenders may securitize and sell loans to investors. “If they’re securitizing this, pension funds and investors are buying a loan that really isn’t what it’s made out to be,” Migdal said.

But mortgage fraud’s effects extend beyond the investment realm. In some cases, fraudsters will artificially inflate the price of a home in order to cash out via the mortgage. When that happens, the inflated home value can be picked up by the home appraisal database; in turn, other nearby homes will raise in value. Not only will that make it more expensive to purchase a property, but it can also cause home owners’ tax assessments to go up, Fulmer said.

If the fraudster ultimately goes into foreclosure on the loan, that will then depress the value of not only their property but the homes around them. “It’s really not a victimless financial crime because innocent neighbors and neighborhoods could suffer,” Fulmer said.

Read on: The lawyers who took on Big Tobacco are now aiming at Realtors and the 6% commission