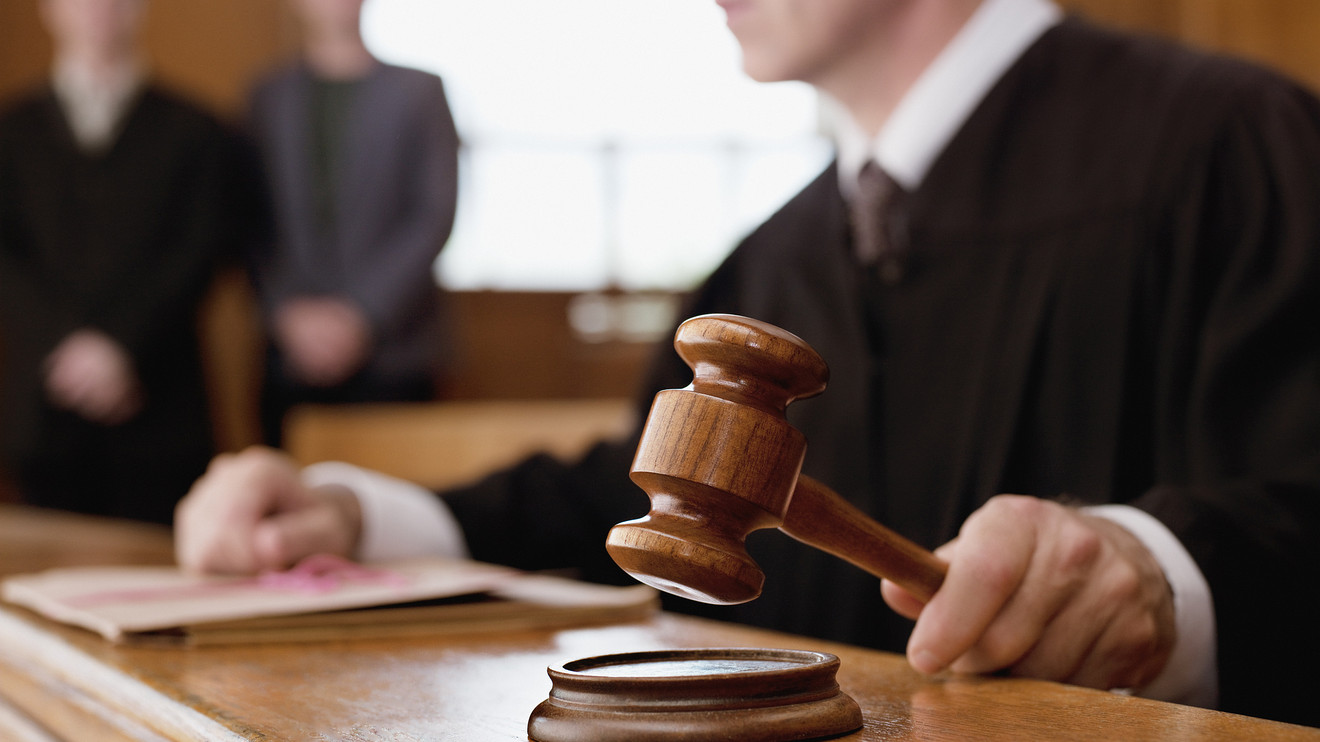 An Illinois man claims Wayfair sold him a headboard riddled with bedbugs — but now he may have to convince an arbitrator, not a judge, that the online furniture retailer did him wrong.

Ronald Gorny wanted to press a class-action case against the company, alleging he wasn’t the only one to buy infested goods from the site, and then get ignored.

Wayfair W, +1.27%   denied the accusations, but said the case had to be shipped to an arbitrator because Gorny, like anyone who buys products on the site, had agreed to terms of service that bar customers from suing the company.

The language in its terms of use said “any dispute” connected to the terms “will be settled by binding arbitration,” Wayfair noted.

Gorny said he didn’t read the roughly 4,500-word disclaimer — which appeared in a link under the Place Your Order button — but Kennelly said that wasn’t relevant.

The more important question was whether the website “adequately communicated all the terms and conditions of the agreement,” the judge said, and Wayfair did that, in his opinion.

For consumer advocates, the outcome is all too familiar. Too many complaints get sucked into expansive arbitration clauses and end up in a dispute resolution process that favors companies, they say. But business advocates say arbitration is efficient and cheaper than court — and isn’t the rigged process that naysayers make it out to be.

Gorny bought the upholstered headboard last July and installed it in his bedroom, only discovering his unwanted roommates afterward, according to court filings.

His lawsuit alleges he saw bedbugs “scurrying about his headboard and property around it.” Gorny’s court papers said he saw “dozens” of bugs that were fattened with blood, “crawling about the inside of the bed where he previously lay.”

Gorny said he told Wayfair about the bedbugs in a satisfaction survey and the retailer sent him a 10% off coupon on future orders, plus an apology.

He insisted he wasn’t the only Wayfair customer coping with bedbug infested goods. Gorny listed several Pissedconsumer.com complaints and pointed to another consumer class-action case pending against Wayfair. The first court appearance in that Brooklyn federal case is slated for July.

But Wayfair, which generated $7.3 billion in revenue for the 12 months ending in March, countered in a court filing that bedbug complaints “are rare, and it is unlikely that Wayfair’s products or facilities are the source of any bedbug issue.” The company said it’s sold more than 9 million bedding products.

The website is a go-to spot for consumers in search of cheap furniture, and at least some of the materials come from China.

The company said it “resolved nearly every bedbug complaint brought to its attention in the interests of the customer satisfaction.” Gorny, a past customer, could have filed a complaint with the company, its lawyers said, but he decided to go ahead and file a proposed national class-action lawsuit.

Wayfair emphasized the site’s checkout screen had “clear and conspicuous notice” about terms of use and arbitration — and Gorny agreed to it when he clicked Place My Order.

It’s unclear if Gorny will appeal. His lawyers could not be reached for comment. A Wayfair spokeswoman declined to comment.

‘Forced arbitrations deprive you of holding a company accountable’

Gorny’s case was “by no means an anomaly,” according to Julia Duncan, senior director of government affairs with the American Association for Justice, an advocacy group for plaintiffs formerly called the Association of Trial Lawyers of America.

“It is a shining example of how far forced arbitration has gone at deprive you any sort of hope of holding a company accountable,” she said.

Consumers can technically recover money and right their wrongs in arbitration, Duncan said — but companies choose the people who make the arbitration decisions and the process is “largely secret.” Arbitration also chops up widespread problems into piecemeal complaints and there’s “virtually no appeal,” she added. Lawsuits are public and can help bring attention to emerging problems. They can also publicize big money wins. When one family sued over a bedbug infestation, a California state jury awarded them $1.6 million last year.

Starting with a 5-4 ruling from the Supreme Court in 2011, there’s been a “huge uptick” in mandatory arbitrations in the consumer and employment context, Duncan said.

The Economic Policy Institute estimates that by 2024, more than 80% of America’s private, non-unionized employees will have to resolve workplace complaints, like unfair pay or harassment, in front of arbitrators rather than judges.

Meanwhile, a 2015 study from the Consumer Financial Protection Bureau estimated “tens of millions of consumers” are using financial products or services with arbitration clauses baked into the terms of use. In 2017, the Trump Administration halted the agency’s rule to block banks from using mandatory arbitration clauses.

A University of California, Davis law article from February said 81 of the Fortune 100 companies used consumer arbitration agreements. Of the 81 companies, the terms for 78 required consumers to give

up their rights to get involved in a class-action case. There were at least 826.5 million consumer arbitration agreements in effect last year, the article estimated.

Don’t miss: Chase is bringing forced arbitration clauses back to its most popular credit cards

Businesses throw cold water on the claims that arbitrations are unfair. They cite one recent study by a research firm NDP Analytics, which said employees with workplace complaints fared better in arbitration than in court, prevailing 32% of the time compared to 11% in court.

They also note a 2010 study by researchers at the University of Kansas and Northwestern University’s law schools, who analyzed 301 consumer arbitrations and said consumers “won some relief” in 53.3.% of the cases they filed, recovering an average $19,255.

Recent testimony from the U.S. Chamber Institute for Legal Reform emphasized that arbitrations aren’t outside the reach of courts. “Courts invalidate arbitration agreements that contain unfair provisions,” the organization noted.

One pending federal bill aims to stop the use of forced arbitration in employment, consumer and civil rights cases. The American Association for Justice commissioned a recent poll, which found 84% of voters endorsed the bill’s aim to give consumers a choice between court and arbitration. 87% of Republicans supported the bill and 83% of Democrats felt the same way, the survey said.

Duncan said the country’s Federal Arbitration Act was outmoded. “Everybody will agree when the law was written in 1925, nobody envisioned it would be used for clickthrough agreements.”

Gorny’s case highlights another point: Hardly anyone scrutinizes the digital fine print in the terms of service agreements that accompany nearly every device, app or website.

Gorny is far from the only person to skip reading these agreements. In 2016, researchers experimented with a make-believe social networking site called NameDrop. They discovered 74% of users skipped reading the privacy policy and opted for the “quick join.”

It would’ve taken about half an hour to read NameDrop’s privacy policy, but when participants looked at it, they spent 73 seconds on average.

Ninety-seven percent of the participants agreed to the privacy policy and 93% agreed to the terms of service — which included the clause “all users of this site agree to immediately assign their first-born child to NameDrop, Inc.”

David Hoffman, a University of Pennsylvania law professor with an expertise in digital fine print, said the motivated sliver of consumers could do quick word searches for terms like “arbitration,” “class action” and “class” to anticipate what lays ahead if something goes wrong with a purchase.

The Wayfair ruling was in line with other decisions, he noted. ”Arbitration is thought to be a reasonable way of managing disputes,” said Hoffman, though judges might not let any “really bad terms” stand.

“Most courts say if you have the ability to read the thing, even if you don’t read or weren’t made to read it, you’re stuck to it,” Hoffman said.