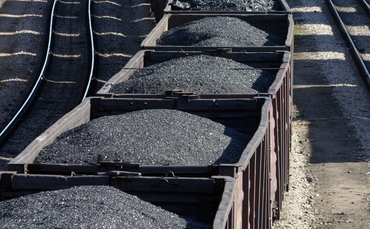 As European gas prices continue to rise, the ratings group has predicted that reliance on coal-powered energy generation will increase over 2022-2025.

Energy rationing: The 'winners' from further gas shortages - if any

A global economic slowdown and expectations of weaker short-term demand have pushed copper assumptions lower over the next year, however medium- and long-term predictions remain buoyant due to anticipated demand for the metal as part of the energy transition.

Lower steel demand has forced the price assumptions down for a range of mining products, including iron ore, coking coal and nickel.

A build-up of inventories combined with falling steel production, producer margins and input requirement have damaged the short-term demand for iron, while a switch to thermal coal production has tempered prices of coking coal, but medium- to long-term views remain unchanged.

Subdued demand from the stainless steel sector, alongside healthy production levels from Russia and Indonesia have weakened the short-term case for nickel prices, but long-term demand from electric vehicle production should boost the investment case.

'Keep stepping up': Race to Zero raises the bar for 'net zero' investors

Similar impacts have driven the prices of aluminium and zinc lower over the short-term, with the former struggling due to a weak Chinese construction market and the latter suffering from inflation and recessionary pressures stifling demand while supply remains flat. Both should benefit over the medium- to long-term as markets rebalance.

Safe haven gold remains unchanged as high geopolitical instability and inflationary pressures continue to weigh but a strong dollar dampens prices. Fitch analysts expect the price of gold to moderate in the long-term as risks abate and the interest rate cycle continues.