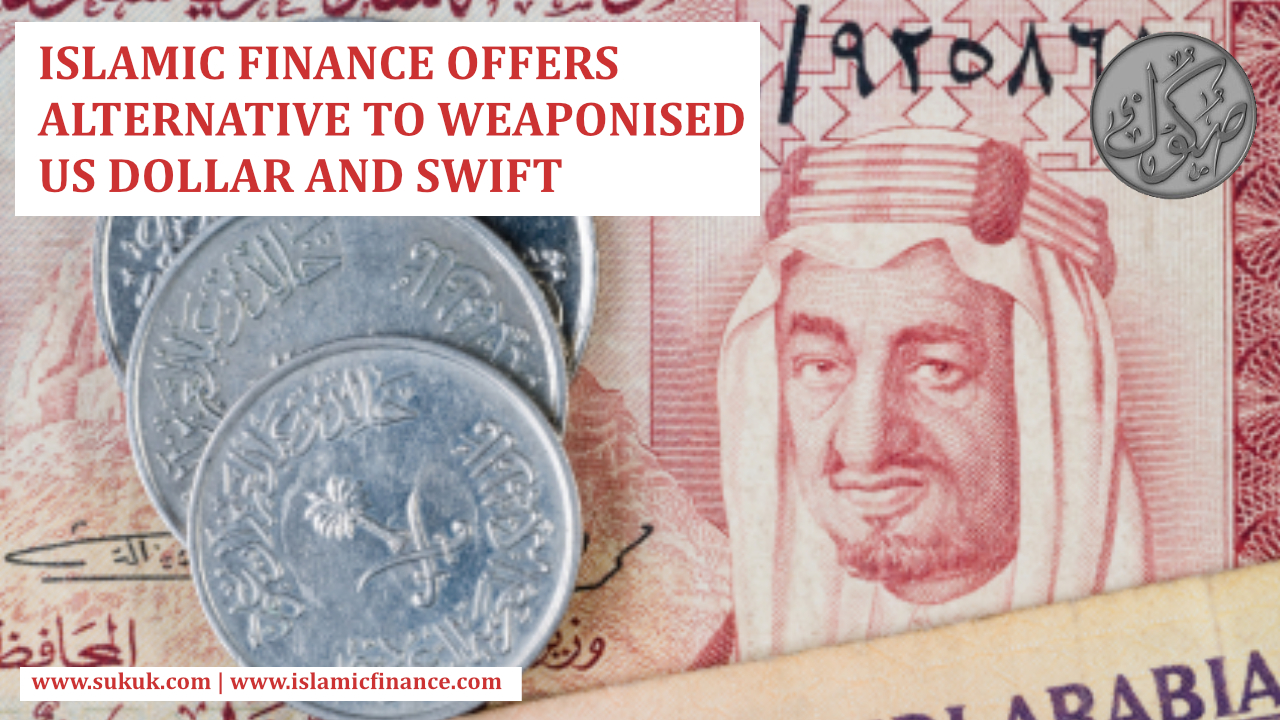 US weaponization of the US Dollar and the international payment system of SWIFT has led to a push to look for alternatives as trust wanes in the green-back and its payment systems.

In response, Turkish president Recep Tayyip Erdogan has pushed the use of islamic finance “trade in national currencies has gained urgency. We should first of all put the issue of Islamic finance on our agenda.”

The Turkish president has previously called on other countries to end the “monopoly” of the dollar in global trade. US treasury chief Steve Mnuchin acknowledged “if we’re not careful, people will look at using other currencies.”

Russia and China have set-up their own payment system to trade directly with each other and avoid the use of the dollar.

Increased Use of Gold and Local Currencies

The eight-nation member Shanghai Cooperation Organization (SCO) includes China, Pakistan and Russia represents almost a quarter of global GDP. SCO members have been increasing their gold and foreign exchange reserves which now amount to nearly 4 trillion USD. At a finance ministers’ meeting in Moscow the SCO made a decision to conduct bilateral trade and investment in local currencies.

Use of Gold in Islamic Cultures

Gold is an attractive asset class and store of wealth passed through the generations in Asian cultures. Turkey and Malaysia have been at the forefront of Islamic financial gold banking and gold-based currency development.

The Malaysian states of Kelantan and Perak introduced gold dinar and silver dirham coins as a means of payment and for trade. Turkish Islamic bank, Kuveyt Türk (Kuwait Turkish Bank) began offering gold banking in 2007 and has collected over 26 tons of gold (worth around $1.2 billion – July 2019) and integrated it into the Turkish economy Current initiatives include an Islamic finance gold based crypto currency to better facilitate cross border trade.

In 2016 the World Gold Council and Accounting and Auditing Organisation for Islamic Financial Institutions (AAOIFI) approved the sharia standard for gold-based products with the objective of increasing the use of bullion in Islamic finance and the creation of new financial instruments. The standard addressed the use of collateral, and the exchange of gold in spot and deferred transactions.