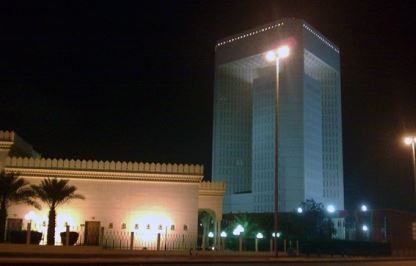 The 57 member AAA rated development bank is a regular issuer of Sukuk having last issued in September 2017 with a $1.25 billion issuance which was priced at 2.261%. As part of its stated capital market objectives, the multilateral bank is looking to develop a liquid yield curve as well as undertaking issuance in different currencies, such as its private issuance in 2016 of a €300 million Sukuk. The bank has a $1.5 billion of Sukuk maturing this year.

In the Financial Times interview Mr Hajjar also spoke about IDB’s partnership with China-led Asian Infrastructure Investment Bank. The FT quoted him as saying “We will partner with the AIIB. We will co-finance many projects [with AIIB] in the future in Africa. Africa needs . . . about $150bn a year to finance infrastructure and there are about 650m people in Africa without access to electricity.”

The growing infrastructure financing needs of Africa has also been a focus of the Islamic Corporation for the Development of the Private Sector (ICD), the private sector arm of the IDB.

To date, Africa has witnessed a growing share of mostly sovereign Sukuk issuances. While states such as Sudan and Gambia have issued Sukuk in the past, it was in 2014 that Senegal debuted the region’s largest Sukuk issuance (USD 208 million), with ICD acting as one of the lead arrangers. Following Senegal, South Africa became the third non-Muslim country after Hong Kong and the U.K to sell government debt that adheres to Shari‘ah law by issuing a USD 500 million 5.75-year Sukuk in September 2014. Looking to emulate Senegal and South Africa’s successful move into the Sukuk market, Cote d’Ivoire have since made inaugural debuts in 2015 of USD 260 million. ICD was involved as lead arranger in all of the sovereign issuances in Africa (except for South Africa’s Sukuk).