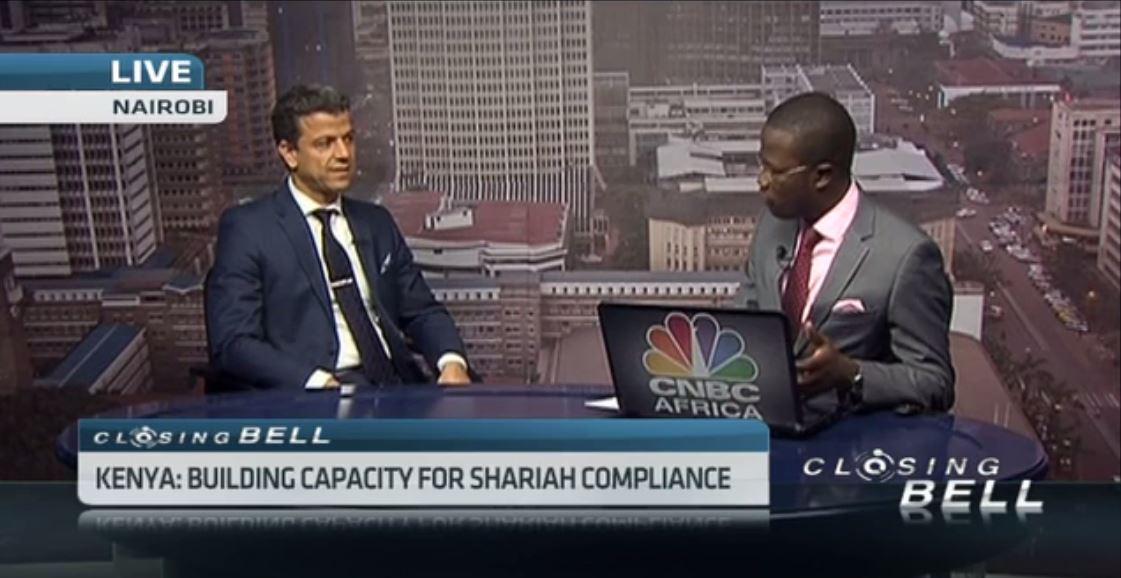 Abdulilah Belatiq of the Bahrain based General Council for Islamic Banks and Financial Institutions (CIBAFI) discussed CIBAFI’s initiatives in Kenya in a recent interview with CNBC Africa.

Topics discussed included how Islamic finance differentiates with conventional finance with Mr Belatiq highlighting linkages with real economy, real transactions and tangible assets. The need for product awareness of what Sharia compliant finance offers as well as the misconception that Islamic finance is only for Muslims were further discussed.

The need to fund Africa’s infrastructure needs was further discussed, with Mr Belatiq stating Africa has the assets to finance the issuance of infrastructure Sukuk as an alternative to conventional bond issuances.

Leading West African banking group Coris Bank International has entered into an agreement with the Islamic Corporation for the Development of the Private Sector (ICD). Through this collaboration, ICD is assisting Coris Bank International’s subsidiaries in launching 4 dedicated Islamic windows in Cote d’Ivoire, Mali, Senegal and Benin.

Mr. Khalid Al Aboodi, CEO of ICD stated “we are happy to assist our partner Coris BANK in launching new channels in our common member countries in Africa. ICD has a deep experience in the African market and despite the complexities of Islamic finance and the various regulatory and supervisory challenges involved in the matter; ICD will share its experience in the field and the joint collaboration with Coris will set in stone a new important achievement in the countries involved.”