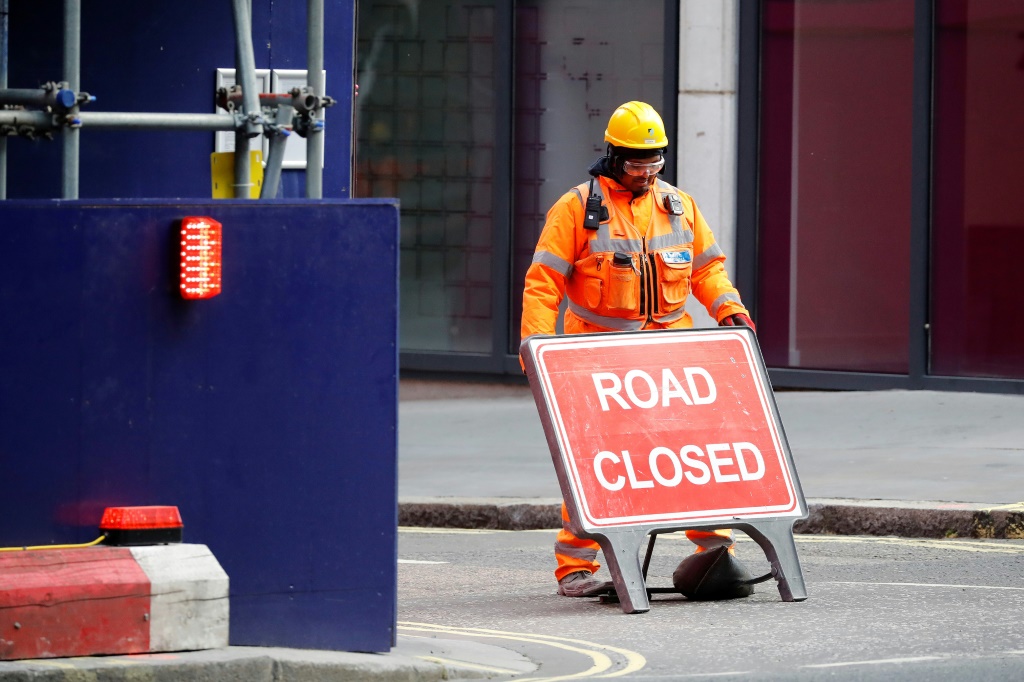 Britain's economy shrank in the first quarter at the fastest pace since the global financial crisis as the country went into coronavirus lockdown, data showed Wednesday, prompting the government to warn of a "significant" recession.

Gross domestic product -- the combined value of produced goods and services in the UK economy -- contracted by two percent in the January-March period after zero growth in the three months to December, the Office for National Statistics (ONS) said.

The nation's second-quarter contraction is meanwhile expected to be far steeper than the first.

In more grim news, UK output dived by a record 5.8 percent in March from the previous month. Britain implemented its COVID-19 lockdown -- which is only just starting to be eased -- on March 23.

"A recession is defined technically as two quarters of decline in GDP. We've seen one here with only a few days of impact from the virus," finance minister Rishi Sunak said in response to the gloomy data.

"So it is now very likely that the UK economy will face a significant recession this year and we are in the middle of that as we speak."

Activity during the period was impacted also by Brexit, or Britain's long-awaited departure from the European Union, on January 31.

Despite the data, the UK pound managed to edge ahead against the dollar and euro, with analysts highlighting that markets had expected a bigger first-quarter contraction of 2.5 percent.

London's FTSE 100 stocks index, a lesser indicator of the health of Britain's economy owing to the presence of many multinationals, was down 0.9 percent in mid-afternoon deals.

Britain has seen more than 32,000 deaths in the outbreak -- the worst in Europe and second only to the United States -- although there are indications that the true toll is higher.

"And with the restrictions in place until mid-May and then only lifted very slightly, April will be far worse."

The Bank of England (BoE) last week warned that the paralysis could lead to Britain's worst recession in centuries, with output forecast to crash 14 percent this year.

Britain is not alone, however, with the economies of France and Italy shrinking 5.8 percent and 4.7 percent respectively in the first quarter.

"With the arrival of the pandemic, nearly every aspect of the economy was hit in March, dragging growth to a record monthly fall," said Jonathan Athow, deputy national statistician for economic statistics at the ONS.

"The pandemic also hit trade globally, with UK imports and exports falling over the last couple of months, including a notable drop in imports from China."

As the coronavirus crisis took hold in Britain, Sunak backed up employee wages in a so-called "furlough" jobs retention plan, while he gave tax holidays to businesses and boosted welfare payments.

Sunak on Tuesday announced the furlough scheme would be extended by four months until the end of October.

The BoE has also played its part, slashing its main interest rate to 0.1 percent and pumping ?200 billion into the UK economy to get retail banks lending to hard-hit businesses.

This week meanwhile, Prime Minister Boris Johnson has begun to relax some of lockdown measures.

Changes that came into force Wednesday allow people in England to spend more time outside, meet a friend at the park and view property for sale. Britons however remain unable to visit relatives or friends at their homes.