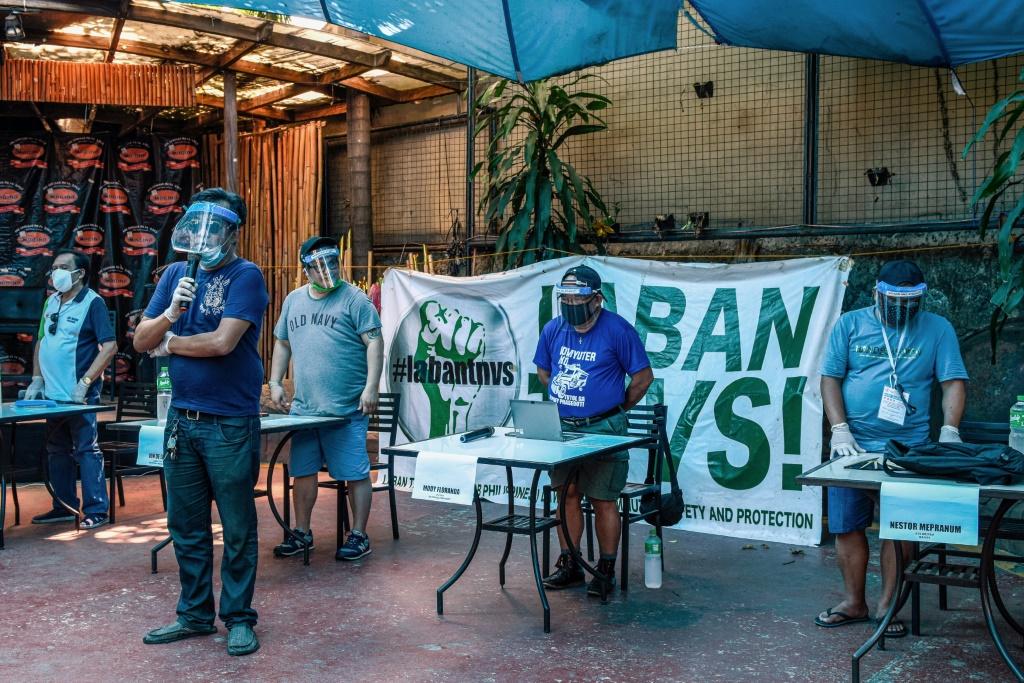 Workers were forced to scale back May Day rallies around the world on Friday because of coronavirus lockdowns, although some pushed on with online events and others hit the streets in face masks.

The traditional festival of the workers' movement usually attracts millions of people to loud and boisterous marches through the streets -- and occasional violent confrontations with police forces.

This year the date carries extra significance after the COVID-19 outbreak sent the global economy into a historic tailspin and put unprecedented numbers of people out of work.

But with drastic social distancing rules to halt the spread of the disease, labour leaders have opted to postpone the public gatherings or move events online.

With France still under lockdown, workers will mark the day on social networks or by calling from their balconies.

"This is an opportunity to bear the social demands that we have been defending for a long time and that the crisis has highlighted," said Philippe Martinez, the general secretary of umbrella trade union CGT.

The government of Greece asked unions to delay public rallies by more than a week, but leading union GSEE called for a general strike to coincide with May Day.

It has also urged demonstrators to "raise their fist and salute" health workers and other professionals helping to keep supplies and telecoms running.

Portugal's main CGTP trade union confederation is planning a gathering of union leaders on the vast esplanade where their traditional May Day parade ends each year.

The group said they would stand four metres from each other and waved flags and placards.

In Finland, labour rallies are traditionally preceded by huge communal picnics in the largest public gathering of the year.

But only a handful of revellers congregated around the Manta statue in the market square, the traditional epicentre of the festival that was this year boarded up and patrolled by police enforcing the ban on groupings of more than ten people.

Authorities have instead encouraged Finns to celebrate online this year, with several restaurants across the capital offering live streams of wine tastings or cocktail lessons, and serving up traditional May Day food for home delivery.

"We've had to get creative and try and find new ways that we can still interact and create togetherness," Helsinki restaurateur Filippo Phoumsavanh told AFP.

Not all members of the public are heeding restrictions on public gatherings, with riot police in Hong Kong mobilising ahead of a planned rally by pro-democracy protesters.

The semi-autonomous financial hub was upended by seven months of violent protests last year, hammering its reputation for stability and leaving the city deeply divided.

Small protests have bubbled up against in the past week and activists are hoping to use May Day to muster numbers once more.