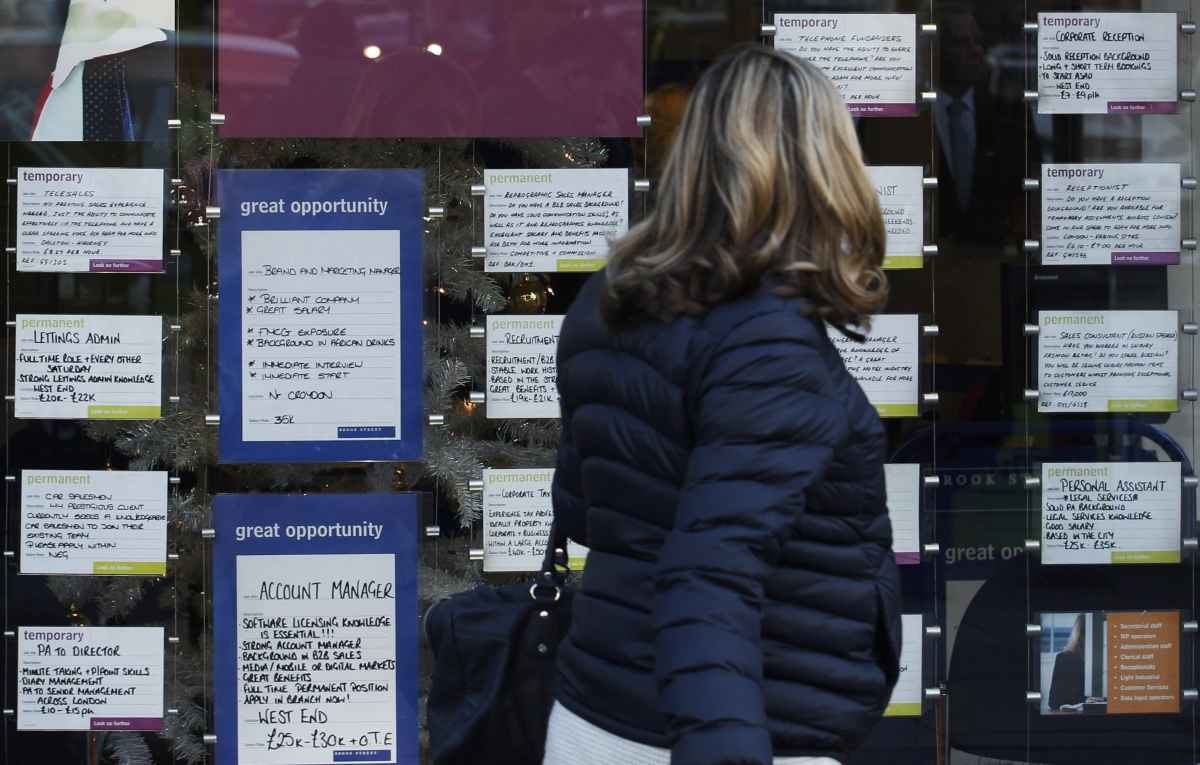 Britain's unemployment rate remained at a 42-year low in the quarter to September, but the number of people in work fell for the first time in a year, new figures have shown.

The number of jobless people fell by 59,000 from the previous quarter to 1.44 million in the three months to August, according to the Office for National Statistics (ONS). Unemployment was unchanged from the 4.3% recorded in the previous month, which was the lowest on record since 1975.

Meanwhile, the number of employed workers fell for the first time since October last year, dropping by 14,000 to 32.06 million in the quarter to September, compared to the previous three months.

The figure was 279,000 higher than in the corresponding period last year but lower than analysts' expectations for a 50,000 gain and marked the biggest decline since June 2015.

"The strength of the economy is driving an increase in full-time, permanent jobs and a near-record number of people are now in work thanks to the Government's welfare reforms," said the Minister for Employment, Damian Hinds.

"When unemployment fell to 5% early last year, many people thought it couldn't get much lower, and yet it now stands at 4.3%."

Average weekly earnings rose by 2.2% year-on-year, slightly above the 2.1% figure analysts expected, while the previous month's 2.2% gain was revised up to 2.3%.

Economists have previously warned the squeeze on households was being exacerbated by subdued wage growth and data released yesterday showed inflation remained at the highest level since April 2012.