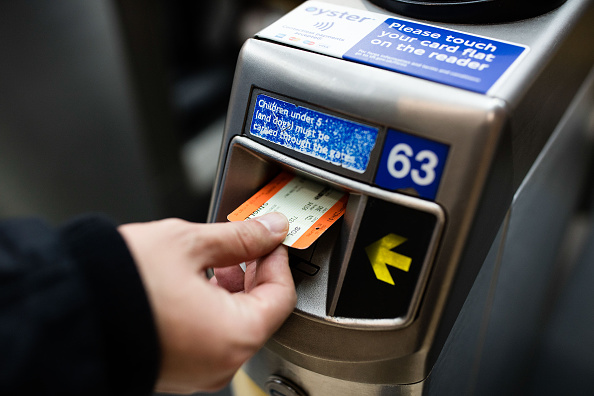 Train fares in Britain are set for the biggest rise in five years, the rail industry announced on Tuesday (5 December).

Regulated fares, which includes season tickets, and unregulated fares, such as off-peak leisure tickets, will go up by an average of 3.2% from 2 January, the largest increase since 2013, when fares rose 3.9%.

Earlier this year, the rise in regulated fares was capped at July's inflation rate of 3.6% as measured by the Retail Price Index.

"We are very aware of the pressures on people and the state of the economy and are making sure everything we do is looking to improve and change and make the best use of that money," he told the BBC's Today programme.

However, RDG insisted over 97% of the money from fares was being channelled towards improving and running the rail network, indicating that it planned to roll out better services with improved services and stations and more trains over the next 18 months.

Crossrail, Thameslink, Edinburgh to Glasgow, Great Western and Waterloo and the South West have been earmarked as the main beneficiaries from the upcoming investments, while there will also be upgrades in the Midlands and the North.

However, news of the increase was met with severe criticism from unions and consumer groups, particularly given the persistently poor service faced by some customers, with 12% of trains arriving late at their destinations in the past 12 months.

Mick Cash, general secretary of the Rail, Maritime and Transport (RMT), said the increase was "another kick in the teeth" for passengers.

"For public sector workers and many others in our communities who have had their pay and benefits capped or frozen by this government, these fare increases are another twist of the economic knife," he said.

"The private train companies are laughing all the way to the bank."

Anthony Smith, chief executive of passengers watchdog group Transport Focus, added: "While substantial, welcome investment in new trains and improved track and signals is continuing, passengers are still seeing the basic promises made by the rail industry broken on too many days."