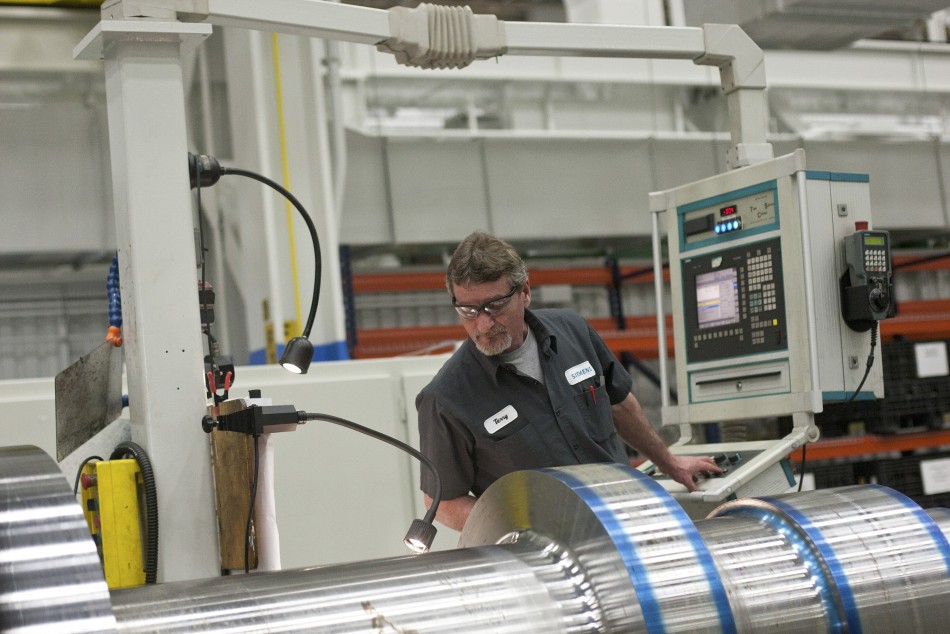 Siemens has confirmed plans to cut thousands of jobs at its power and gas division.

Confirming its move on Thursday (16 November), the German industrial conglomerate said a decision to restructure the division, which makes power turbines and drives for oil and gas extraction, was behind the mover as it has seen a recent decline in demand.

Siemens pegged the global headcount reduction at 6,900. Around half of the cuts in the division, will take place in Germany, 1,100 in the rest of Europe and 1,800 in the US.

However, the company said there would be no compulsory redundancies in the UK. It added that the number of jobs under threat in the country was very limited, and could be managed via voluntary redundancies.

The latest cuts, follow 6,000 job cuts at Siemens' wind power unit as it struggles to compete with cheaper alternatives manufactured in China, and falling prices in key markets such as the United States.

German unions have pledged to fight the job cuts, which are likely to hit Siemens facilities in the less affluent eastern parts of Germany.

The cuts represent around 2% of the company's global workforce of 370,000 personnel.

In a statement, Siemens management board member Lisa Davis said: "The power generation industry is experiencing disruption of unprecedented scope and speed.

"Today's action follows a nearly three-year effort to right-size the business for this changing marketplace."