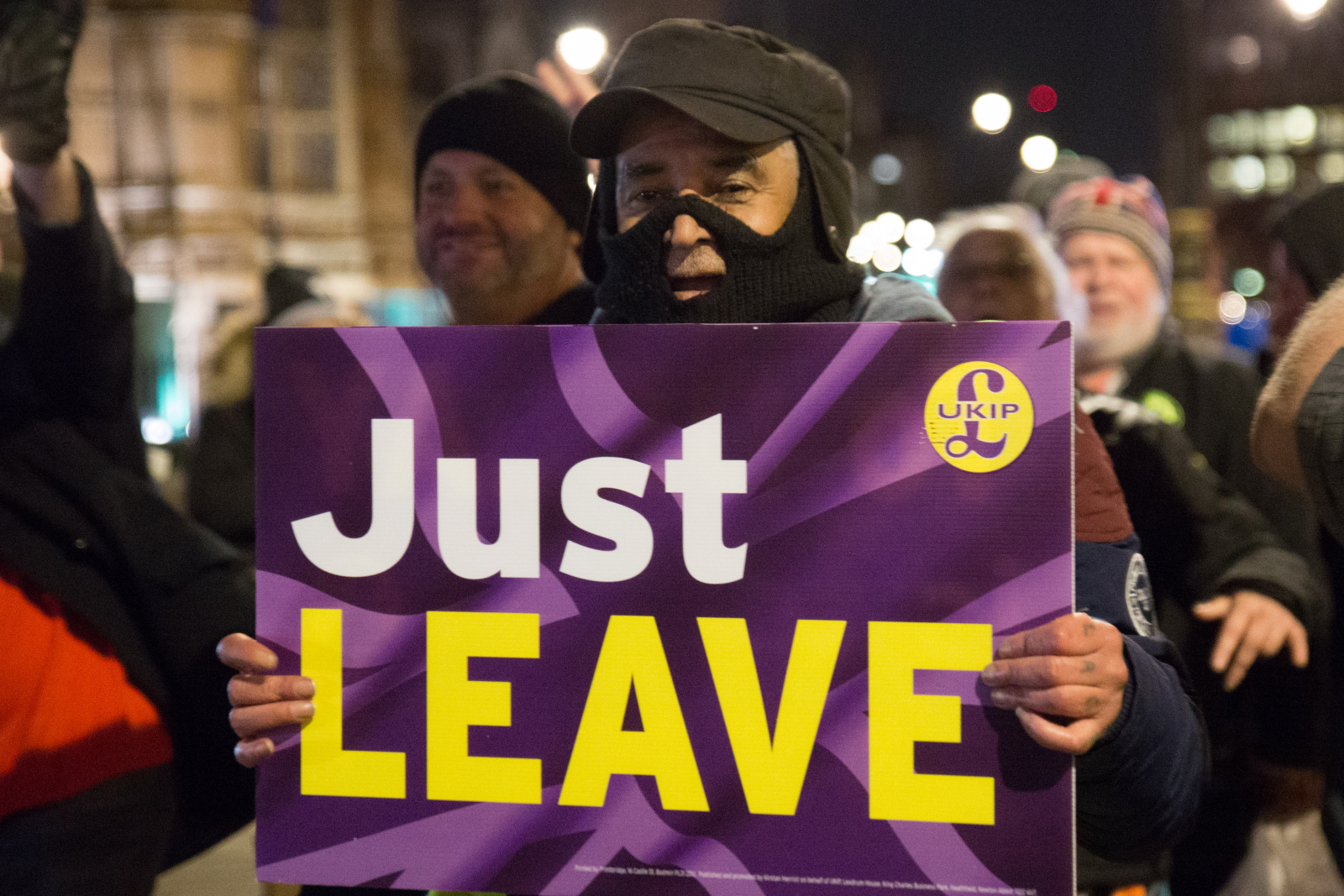 The no-deal vote passed with 321 against 278, will not change the ground position that Britain will have to leave EU on March 29 unless a deal is in place or Brussels agrees to delay the exit.

Perils of no deal exit

The rejection of no-deal Brexit by lawmakers is seen as an indirect acknowledgment that the resulting scene will be scary where food shortages, port delays, and renewed tensions in Northern Ireland will bother the country.

The no deal rejection vote also signifies that a majority in parliament understands "no deal" is fraught with many repercussions. It shows MPs do not believe that the EU will not yield to what Britain wants even if they pushed things to the brink.

What the vote tells

By allowing a free vote than forcing party whip, the prime minister acknowledged that her stand "no deal is better than a bad deal " was a slogan. It was also the act of government trying to loosen control on Brexit to parliament to escape rebellion and resignations of MPs from a pre-determined outcome.

A pro-vote on "no deal" exit would have allowed the government to tear away the withdrawal-agreement negotiated with the EU if the Brexit date of March 29 rolled in without alternate options.

That would have given the U.K. a free hand to crash out of legal frameworks governing trade with the EU, and many other trading partners.

It had the potential to trigger a major political crisis especially on paying the £39bn bill ($51billion) to the EU on outstanding commitments.

A no-deal Brexit would also erode Britain's bargain power and land up in so many mini deals for sectors vital to the EU. That will make things easy for the EU to get the U.K. sign on dotted agreement including the Irish backstop.

Options beyond no deal

However, "no-deal" vote does not forestall a "no deal" exit forever. It may still happen. If no dealers obstruct other options and MPs fail to agree on an alternative solution before the Brexit day, then "no deal" is the sole way out.

For the British parliament and MPs, there are only two options left if they continue to reject PM May's Brexit plan. One is asking the EU for an extension under Article 50 procedure.

If the EU does not grant an extension, then the U.K. will have to revoke article 50 as a contingency option.

The EU is looking for a positive resolution. It wants the U.K to accept the negotiated withdrawal agreement or remain in the bloc after seeking endorsement from a general election or a second referendum.

If it gives an extension, the EU will not like anything less than nine months as the election of the European Parliament and formation of the new European Commission is due.

So, the pressure is on U.K to decide whether they want to hold an election or another referendum.

Meanwhile, uncertainties around Brexit have hit businesses badly, according to the data of the Decision Maker Panel.

A team comprising the Bank of England, University of Nottingham, and Stanford University had been surveying 7,500 business executives in the U.K. for making the said data.

The data shows how companies have been affected by Brexit on sales, prices, investment, and employment fronts.

A majority of the respondents said Brexit has been an important source of uncertainty for U.K. businesses. They noted a 6 percent reduction in investment in the two years after the referendum.

There is the consensus that Brexit will eventually reduce sales and shoot up costs.

To the question "How much has the result of the EU-referendum impacted the level of uncertainty affecting your business?" Nearly 36 percent of CEOs and CFOs said Brexit is one of the top three sources of continued uncertainty.

This article originally appeared in IBTimes US.