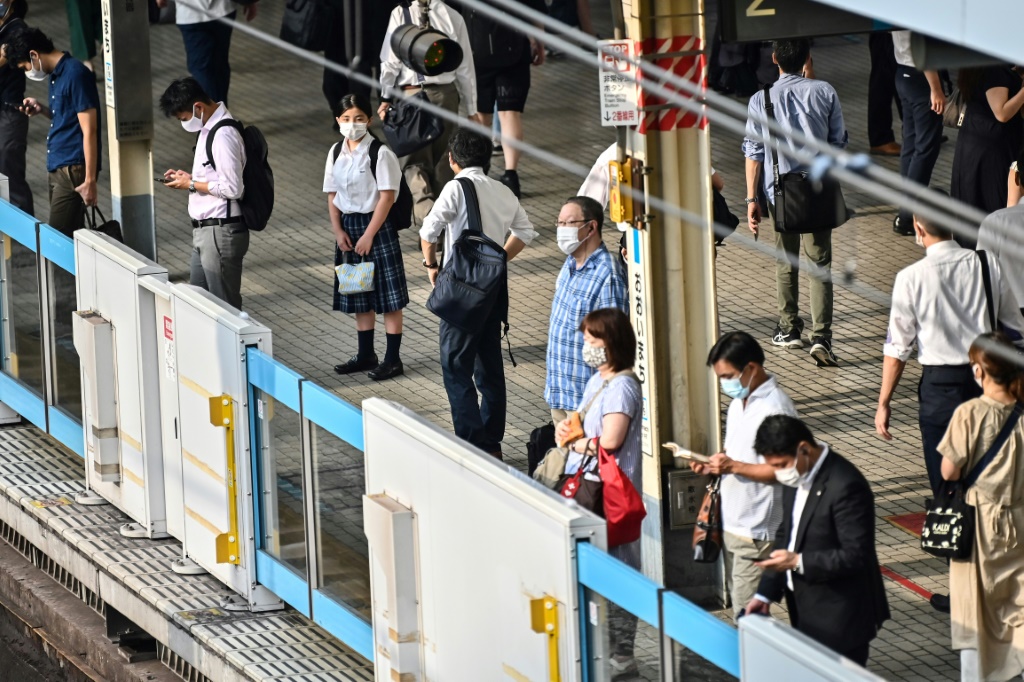 Japan's economy shrank a record 7.8 percent in the April-June quarter, the worst contraction in the nation's modern history, data showed Monday, as the coronavirus deepens the country's economic woes.

The contraction from the previous quarter was slightly worse than expectations but is still significantly less severe than declines seen in many other industrial economies.

Still, it is the worst economic contraction for Japan since comparable data became available in 1980, eclipsing the brutal impact of the 2008 global financial crisis.

And some analysts labelled it the worst fall since data began to be compiled in 1955, though a change in calculation methods in 1980 makes the comparison complicated.

It was the third straight quarter of negative growth, confirming a deepening recession for Japan, and raising the prospect that the government will consider pumping further stimulus into the economy.

"The fall of the Japanese economy in April and May under the state of emergency went beyond expectations. Record falls are expected in both internal and external demand," Yoshiki Shinke, chief economist at Daiichi Life Research Institute, wrote in a note before the official release of the data.

The economy contracted an annualised 27.8 percent, with domestic demand falling 4.8 percent and exports of goods and services plunging 18.5 percent.

But imports fell only 0.5 percent, faring better than the 4.2 percent fall seen in the January-March period.

Japan was already struggling with a stagnating economy and the impact of a consumption tax hike implemented last year before the pandemic hit.

It has seen a smaller coronavirus outbreak compared to some of the worst-hit countries, with infections approaching 55,000 and deaths at slightly under 1,100.

A nationwide state of emergency was imposed as cases spiked in April, but the restrictions were significantly looser than in many countries, with no enforcement mechanism to shutter businesses or keep people at home.

The emergency was lifted in June, and the government has been reluctant to reintroduce measures, even as infections rise again.

Some recovery was seen in Japan after the government lifted the state of emergency, but it was not enough to offset the severe falls felt in April and May, Shinke said.

The contraction in April-June compared with the market's expectation of a 7.6 percent contraction, the median forecast of major economists surveyed by the Nikkei business daily.

The figure was less severe than quarter-on-quarter falls in some other major economies, including the United States, which logged a 9.5 percent contraction, and Germany with a 10.1 percent decline for the same quarter.

"A collapse in personal consumption... will be the largest single factor behind weak domestic demand. Personal consumption was particularly weak in April-May when the national state of emergency was in effect in Japan," he wrote before the data was published.

Despite the figures, analysts said the economy could now expect a rebound, with Oshikubo projecting 2.6 growth for the July-September quarter.

"The recovery will likely be driven by rising domestic and external demand in addition to normalisation in Western nations as many countries' lockdown measures are lifted," Oshikubo said.

Personal consumption, which fell 8.2 percent in the April-June quarter, should benefit from a government stimulus payment of 100,000 yen ($939) to all residents of Japan, he said.