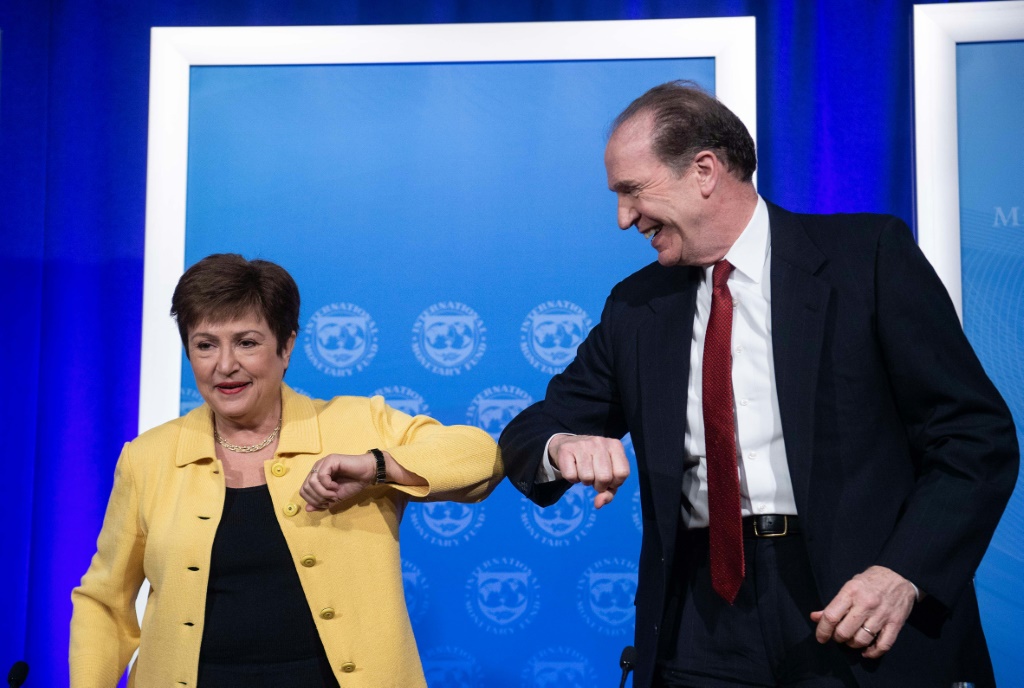 IMF chief Kristalina Georgieva on Wednesday called for an all-out, "no regrets" response to the new coronavirus epidemic which poses a "serious threat" to the global economy.

"At a time of uncertainty... it is better to do more than to do not enough," she said, warning that the impact of the COVID-19 outbreak will slow growth in the world economy to below the 2.9 percent posted last year.

The epidemic "is no longer a regional issue, it is a global problem calling for global response," Georgieva told reporters, warning that the financial need could top $1 billion.

The virus has shuttered factories, disrupted travel, infected nearly 95,000 people worldwide and killed more than 3,200, mainly in China, while some countries are struggling to test for and contain the spread of the illness.

That has spurred global policymakers to come out in force to mitigate the damage, including an emergency, half-point cut in interest rates by the Federal Reserve on Tuesday, followed by a similar cut by the Bank of Canada on Wednesday.

While some economists argue lower interest rates will do little to help address interruptions in supply chains, Federal Reserve Chair Jerome Powell said it should provide a boost to confidence.

And while Georgieva said the global financial system is in good shape now after being fortified in the wake of the 2008 crisis, "We do need to have measures that are bringing a sense of confidence," and prevent credit from freezing up.

The epidemic's impact on confidence and demand, as well as the steps imposed to contain it, are impacting economic activity, with the result that "global growth in 2020 will dip below last year's levels," she said.

The IMF in January forecast growth this year of 3.3 percent, which means at least a half point will be lost to the virus.

But "how far it will fall and how long the impact will be is still difficult to predict," she said.

Georgieva said the fund's analysis had assumed the virus would be largely confined to China, which would have led to a sharp but short economic slowdown, followed by a quick recovery.

"Unfortunately over the last week we've seen a shift to a more adverse scenario for the global economy," due to the "sheer geographic spread of the epidemic around the world," impacting a third of the IMF's 189 member countries.

The fund is due to release its updated forecasts in mid-April.

Georgieva and World Bank President David Malpass spoke to reporters after a conference call of finance officials from member nations, who directed the IMF "to use all its available financing instruments to help member countries in need."

"We are determined to provide the necessary support to mitigate the impact, especially on the most vulnerable people and countries," the statement from governing body the IMFC said.

It was the first time the group had ever held a meeting by teleconference, the IMF said.

Georgieva said the Washington-based development lender has $1 trillion in overall financing capacity, including $50 billion available without a formal IMF program, and $10 billion in no-interest funds for the poorest countries.

These are existing aid facilities that can be deployed quickly to deal with emergency situations, such as natural disasters.

Georgieva said the fund also has a grant program used for the 2014 Ebola outbreak that relies on government donations and is underfunded with only $200 million against a need that could reach $1 billion.

"I called on member countries to help ensure that this facility is fully re-charged and ready for the current crisis," she said.

The World Bank on Tuesday announced it had $12 billion available to help countries respond to the coronavirus threat, especially the poorest nations that are least equipped.

Malpass told reporters "the speed and breadth of the response is crucial to its effectiveness."

As the US death toll rose to 11, Congress reached a deal on $8 billion in emergency spending to combat both the health and economic consequences of the disease.

The Eurogroup was still mulling an exceptional spending package as cases in Europe grew and Italy shuttered schools, but pledged to use "all appropriate tools to achieve strong, sustainable growth" including fiscal measures.