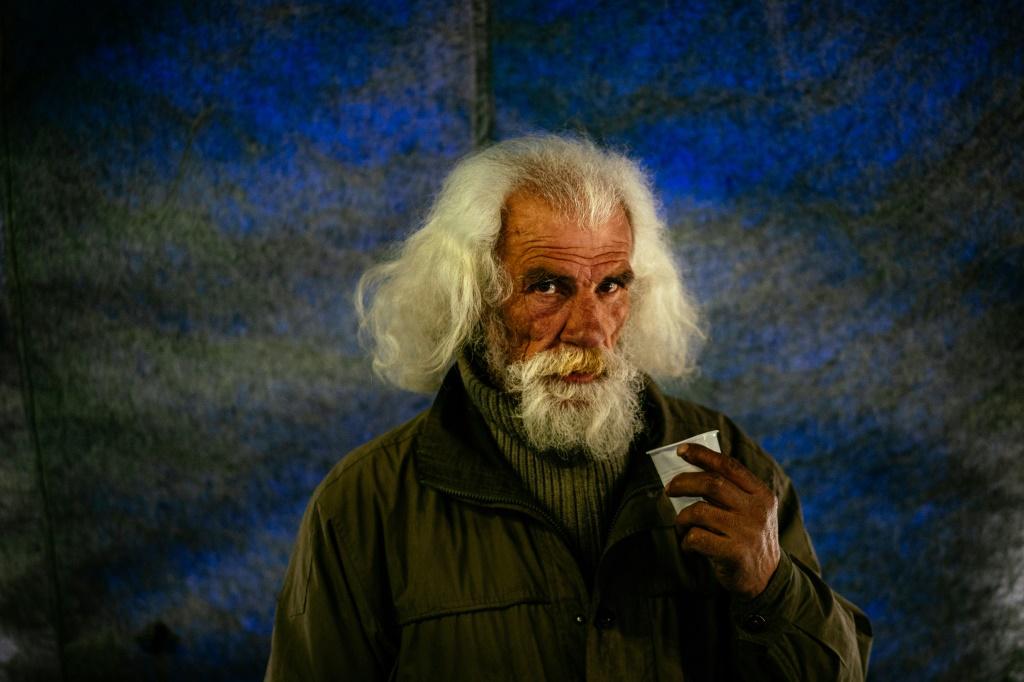 US scientists have hailed a potential breakthrough in the coronavirus fight after a trial showed patients responding to an antiviral drug, fueling global hopes for a return to normal despite mounting deaths and abysmal economic figures.

The news was enough to propel a rebound on Wall Street even after data showed the pandemic had plunged the United States into its worst economic slump in a decade, and Germany predicted its biggest recession since the aftermath of World War II.

It came as the World Health Organization's emergency committee was due to meet Thursday for the first time in three months to discuss the evolution of the COVID-19 pandemic that has claimed more than 226,000 lives worldwide.

A clinical trial of the drug remdesivir showed that patients recovered about 30 percent faster than those on a placebo, in the first proof of successful treatment against the new disease.

"The data shows that remdesivir has a clear-cut, significant, positive effect in diminishing the time to recovery," Anthony Fauci, the top US epidemiologist who oversaw the study, told reporters.

Fauci likened the finding to the first retrovirals that worked, albeit with modest success, against HIV in the 1980s.

Remdesivir failed in trials against the Ebola virus and a smaller study, released last week by the WHO, found limited effects among patients in Wuhan, China, where the illness was first detected in December.

Senior WHO official Michael Ryan declined to weigh in on the latest findings, saying he had not reviewed the complete study.

"We are all hoping -- fervently hoping -- that one or more of the treatments currently under observation and under trial will result in altering clinical outcomes" and reducing deaths, he said.

US President Donald Trump has accused the UN health agency of not responding quickly or aggressively enough, although critics say he is trying to deflect attention from his own response.

Itching to return to the campaign trail as he faces re-election, Trump announced he would resume travel next week with an event in the battleground state of Arizona -- but not yet resume rallies, as contagion remains a risk.

US virus fatalities soared past 60,000 on Wednesday. The country has suffered the most deaths, with Britain's toll shooting up to the world's third worst at over 26,000.

Florida became the latest US state to move to reopen, with restaurants able to serve customers outdoors from Monday if tables are at least six feet (1.8 meters) apart.

Experts have warned that only a vaccine will allow the full removal of restrictions that this year put half of humanity under some form of lockdown.

Governments are nevertheless increasingly loosening the more suffocating rules as their devastating impact on the global economy becomes clearer.

The US announced that economic output collapsed 4.8 percent in the first quarter -- ending more than a decade of expansion.

Federal Reserve chairman Jerome Powell warned that economic activity will likely drop "at an unprecedented rate" in the second quarter, in grim news for Trump.

Germany, Europe's largest economy, has succeeded in holding off the devastating death tolls seen elsewhere, but is still bracing for an overwhelming economic hit.

Germany "will experience the worst recession in the history of the federal republic" founded in 1949, Economy Minister Peter Altmaier warned, predicting that GDP would shrink by a record 6.3 percent.

The International Labour Organization said half the global workforce -- around 1.6 billion people -- are in "immediate danger of having their livelihoods destroyed."

One of the worst-hit sectors is the aviation industry.

World air traffic suffered a massive drop of more than half in March compared with the same period last year -- the "largest decline in recent history," the International Air Transport Association said.

An unprecedented drop in demand for fossil fuels means the pandemic is expected to cause global energy emissions to fall a record eight percent this year, the International Energy Agency said Thursday.

While the world keeps looking for signs of progress against the pandemic, research is also revealing frightening new details about COVID-19.

Britain and France have both warned of a possible coronavirus-related syndrome emerging in children -- including abdominal pain and inflammation around the heart.

"I am taking this very seriously. We have absolutely no medical explanation at this stage," French Health Minister Olivier Veran said.

Experts have also warned of longer-term psychological tolls on both children and adults after weeks or even months in isolation.

Unlike much of continental Europe, Britain has not unveiled a way to exit the lockdown.

The sharp rise in its COVID-19 toll, which caused Britain to surpass Spain, came as it included deaths in places such as care homes for the first time.

British Prime Minister Boris Johnson initially resisted shutting down the country -- and himself became the highest-profile coronavirus patient, fighting for his life in intensive care.