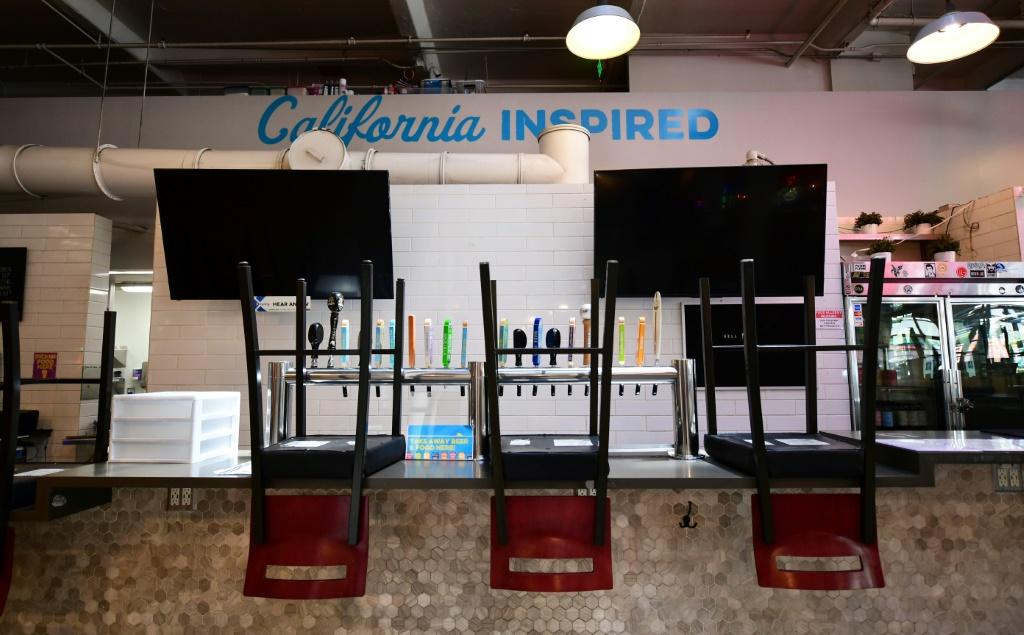 Asian equity markets fell Monday after a surge in coronavirus infections in several countries, including the US, prompted officials to reimpose containment measures that have fanned worries about the economic recovery.

After weeks of lockdown easing across the planet, there are signs of a second wave of infections in key cities, jolting the investor confidence that has helped power a surge in equities from their March trough.

Bars in Los Angeles and six other counties in California -- with a joint population of more than 13 million people -- were ordered to close up again, just over a week after reopening, while San Francisco is stalling its easing measures.

There has also been a sharp pick-up in Texas and Florida, two of the most populous American states and home to a combined 50 million people.

Other big states including Arizona and Georgia have also seen large jumps in cases.

"This is a very, very serious situation and the window is closing for us to take action and get this under control," said Health and Human Services Secretary Alex Azar.

Stephen Innes at AxiCorp warned that increased mobility as parts of the country returned to business had likely led to the recent rise in coronavirus infections.

That had in turn caused "a reversal of mobility trends and a reduction in economic activity, particularly in the hardest-hit states," he said.

OANDA's Jeffrey Halley added that the trajectory of new infections in the US was still a "primary concern" for investors.

The issue is not confined to the US.

China has imposed a strict lockdown on nearly half a million people in a province surrounding Beijing to contain a fresh cluster, with a city official calling the situation "severe and complicated".

Hong Kong sank one percent as investors there keep a nervous eye on this week's July 1 China handover anniversary, fearful of fresh protests.

There were also losses in Jakarta and Bangkok, while London and Paris were slightly higher and Frankfurt gained 0.5 percent.

"Equity market consolidation is broadly in line with our thinking that equities were getting ahead of economic fundamentals," said Tai Hui, a strategist at JP Morgan Asset Management.

"The rebound of the infection rate, especially in the US, shows that the road to full recovery is going to be long," he added.

Concerns about the impact on demand from the reimposition of some containment measures weighed on oil markets, with both main contracts down more than one percent, having lost around three percent last week.

And analysts said the commodity would have suffered heavier losses were it not for massive output cuts by major producers.