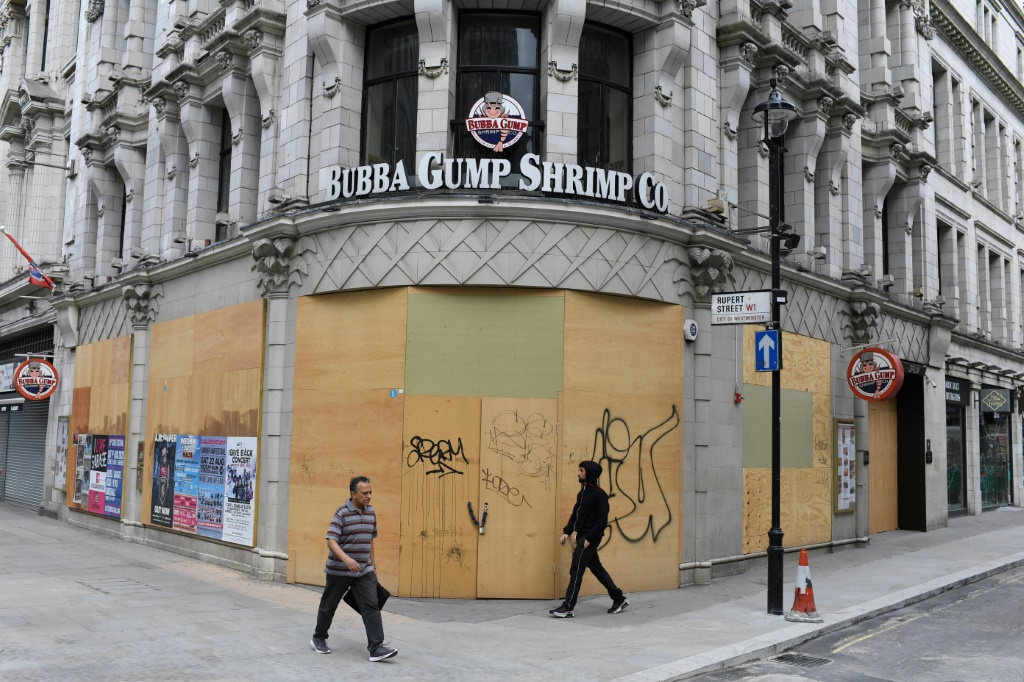 Bank of England Governor Andrew Bailey said Wednesday Britain's economic recovery from the coronavirus pandemic could be "longer and harder" than anticipated and fresh bids to boost growth may be needed.

Bailey hinted that further interest rate cuts and quantitative easing -- which sees the bank buy government bonds, printing new money in the process -- could be in the pipeline.

"The Bank stands ready to do whatever we can to support UK households and businesses during this period of economic disruption and get through this together," he stated in an article in The Guardian newspaper.

"In view of the risks we face, it is of course right that we consider what further options, such as cutting interest rates into unprecedented territory, might be available in the future.

"But it is also important that we consider very carefully the issues that such choices would give rise to."

Britain's economy shrank in the first quarter at the fastest pace since the global financial crisis as the country went into coronavirus lockdown in late March.

The Bank of England had already cut its benchmark interest rate to a record-low 0.1 percent from 0.25 percent to tackle the coming "economic shock" from the pandemic.

Earlier this month, it predicted UK output would crash by 14 percent this year due to COVID-19, as it left the rate unchanged.

The British government has launched state-backed micro-loans of up to ?50,000 ($61,200, 55,700 euros) for small businesses and a costly "furlough" jobs retention scheme under which the government is paying the bulk of wages until October.

But Bailey noted Wednesday that about one in five companies in Britain had still reported temporarily closing or a pause in trading, while nearly a quarter had seen their turnover halve.

Meanwhile, welfare claims have surged and the unemployment rate is now likely around 10 percent, he said.

"No one can be sure exactly how the pandemic will unfold," Bailey added in his article.

"There are reasons to believe that economic activity will return at a faster pace than in many past recessions, but this depends on how the measures continue to be eased, what degree of natural caution is shown by people, and how much longer-term damage is done to the economy.

"The risks are undoubtedly on the downside for a longer and harder recovery."

The government said Tuesday it was ready to support coronavirus-ravaged companies whose collapse would harm the economy, stressing any funds would be given on a "last resort" basis.

The business support plan -- dubbed Project Birch -- would only apply once a company had exhausted other sources of funding such as existing investors and banks.