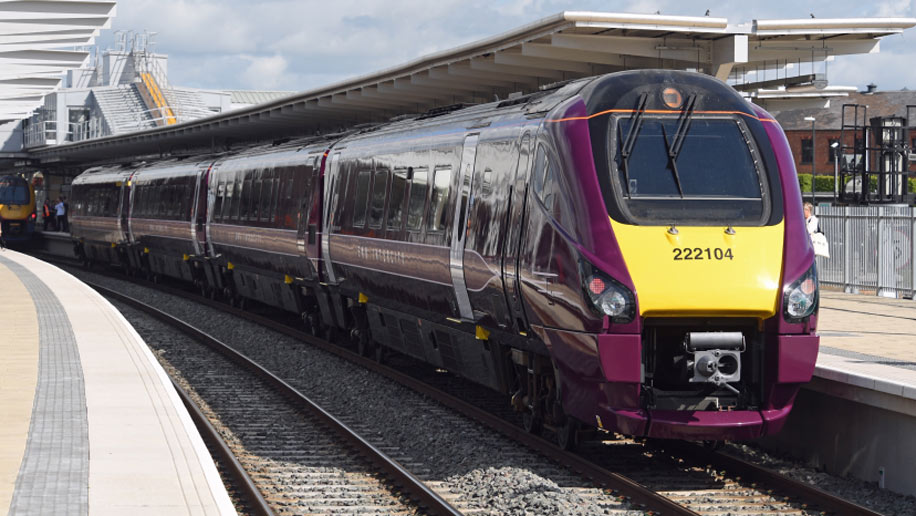 Luton Airport is set to get a new express rail service into London in 2020.

The announcement was made today by the airport and Dutch train company Abellio, which took over the UK’s Midland Main Line franchise from Stagecoach this month.

Abellio has promised to make a £600 million investment into rail services, including the replacement of the entire intercity train fleet with 33 bi-mode trains built by Hitachi, that will link cities in the North and East Midlands to London St Pancras, as well as serving Luton, Corby, Kettering, Wellingborough and Bedford.

The company says it will mean “fast trains” between St Pancras and Luton Airport Parkway every 30 minutes, starting in December 2020.

Luton Airport Parkway is accessible from the airport via a five-minute shuttle bus. Work is currently underway on a £200 million people-mover system between the Parkway station and the airport and is set to open in 2021.

Abellio also says it will invest £20 million across the stations it serves, including the addition of new waiting areas at St Pancras.

The company has already announced that the public-facing East Midlands Trains brand will become East Midlands Railway, and get a new logo.

Alberto Martin, Chief Executive of Luton Airport, said: “We welcome the arrival of EMR and the commitment to provide an express-style service to the airport every half an hour from December 2020.

“Along with the arrival of the £225 million Direct Air-Rail Transit service in 2021, linking Luton Airport Parkway station directly with the airport terminal, we will see a step change in rail connectivity between London and its fastest-growing airport.

“Once the developments are completed, passengers will be able to reach the airport terminal in a little under half an hour from central London. This transformation of service with its own sub brand, website, easier ticketing and dedicated platform at St Pancras will be welcomed by all passengers who travel to us by rail.”

Rail firm Thameslink currently runs regular trains between the stations that take between 30 and 40 minutes.

Luton Airport had recently called for the introduction of four trains per hour as part of the refranchising of the East Midlands rail line.