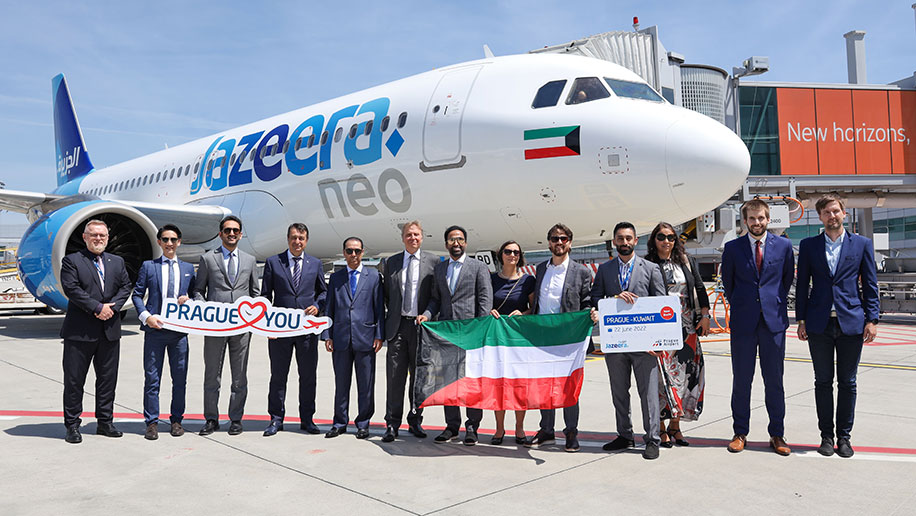 The carrier flies between the two destinations every Wednesday and Saturday using its Airbus A320 neo.

As a low-cost carrier, one-way fares as per the website, start at approximately KD57.

The airline services more than 50 destinations in the Middle East, Central and South Asia, Africa, and Europe.

“In the pre-pandemic period, 12,000 people travelled between Prague and Kuwait in both directions even without a direct air connection. With direct flights, the number could increase significantly. A direct route to Kuwait will provide Czech tourists with easy access to this country, or it can serve as a transfer point for flights to more distant destinations, such as India,” said Jiří Pos, chairman of the Prague Airport Board of Directors.

Jan Herget, CzechTourism Agency managing director, added,“ The launch of the air connection from Kuwait is very good news for inbound tourism, which we have been working hard to restore. The flexibility of the visa-granting process is absolutely essential for the success of the Kuwait route.”

The number of passengers flown last month is more than the total who flew with the airline in 2021 Continue reading Pla...

Manchester Airport To Crack Down On Illegal Parking In Neighbouring Areas

Passengers have been warned to avoid using rogue parking firms in areas such as Wythenshawe and Woodhouse Park Continue...

The exquisite three-course meal, the glamorous ambiance of the Paris Suite and the presence of an original Chagall set ...

The UK’s largest hotel chain is set to welcome global fans for business and pleasure in Q4 2022 Continue reading Prem...