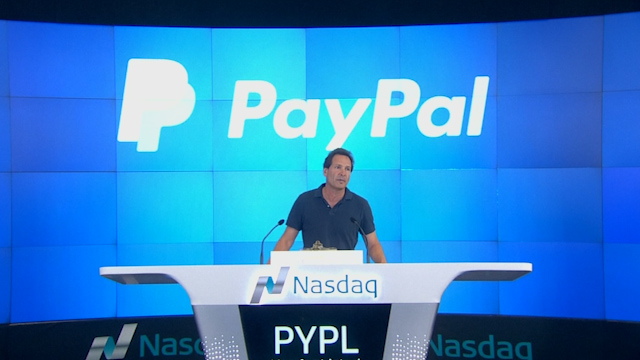 Paypal customers will soon be able to purchase and sell Bitcoin along with other virtual currencies through their accounts. Paypal has announced that it has joined the cryptocurrency market and plans to roll out these buying options in the US in the next few weeks with a goal set on full scale transactions by early next year.

The virtual coins can be used to purchase products from any of 26 million sellers that accept PayPal payments. Among the other cryptocurrencies to be added on Paypal's list are Ethereum, Litecoin and Bitcoin Cash all of which can be stored within the customer's Paypal digital wallet.

PayPal said its aim is to increase consumer understanding and adoption of cryptocurrency as this digital payment method enjoys its own niche. With Bitcoin prices reaching a record breaking £9,170, customers experience rapid change in prices in comparison with the traditional state currencies. This has made cryptocurrencies a popular option for certain types of investors.

However, such volatile prices of cryptocurrencies and its long attested reputation as a less traceable payment method for illegal transactions, has led to a populous call for regulated use.

According to the BBC, the New York State Department of Financial Services has granted permission to PayPal to operate this system. The department issued its first conditional license to Paypal called a "Bitlicence".

PayPal converts the cryptocurrency into the specified national currency, so the company receiving payments only gets the correct amount in pounds or dollars but never in virtual coins. PayPal says its services of using Bitcoin to pay ordinary merchants will only be available by early 2021.

The service will work together with an existing cryptocurrency provider in the US called the Paxos Trust Company.

Customers can learn more about this as Paypal reassures they will be providing account holders with educational content to help them understand how the cryptocurrency ecosystem works.

This is not PayPal's first venture into cryptocurrency. The company hooked up with Facebook's digital currency Libra. However, they pulled out of the alliance just a few months after the partnership was announced. The scheme turned out to be too controversial which ended up attracting too much attention from financial regulators.

Singles Day also known as 11.11 or Double 11 in China was originally a brainchild of online retailer Alibaba to celebrat...