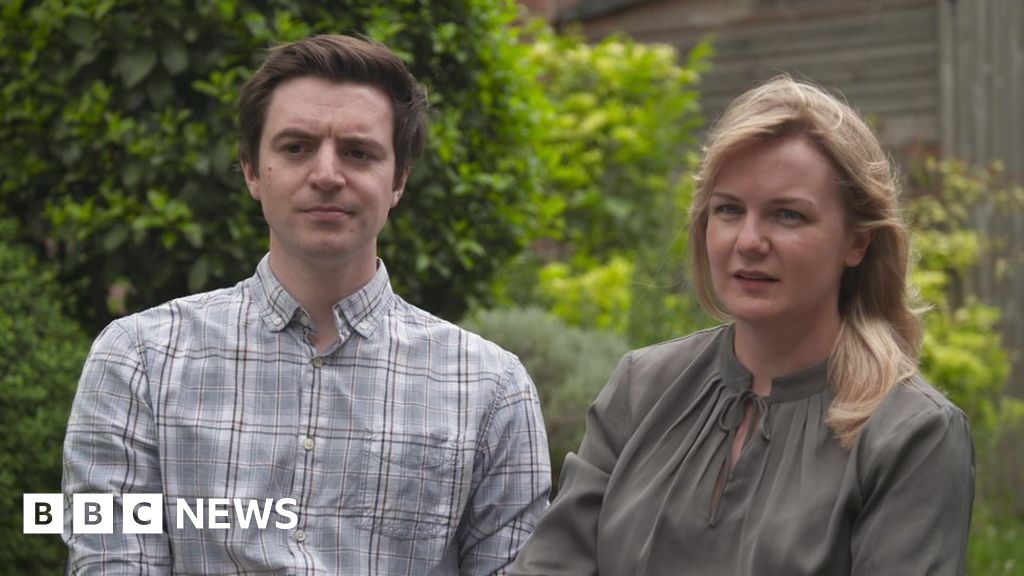 Pre-wedding nerves are rising for thousands of couples in England hoping their big days won't be ruined by the government's expected announcement next week on lockdown rules.

Sian Holmes and Daniel Whiteley have planned a 54-guest wedding on 25 June.

However, the couple from Liverpool will lose "thousands of pounds" if the 30-person cap isn't lifted from 21 June.

Miss Holmes "struggled to understand the disparity" in rules between weddings and larger sporting events.

"It's not just a party. It is an important life event for people to celebrate together.

"If it was as simple as it being just a party, people would be up in arms about birthday parties. They're not," the bride-to-be said.

"Ultimately, for ourselves and thousands of other couples and suppliers we just want weddings to take place in a meaningful and a safe way."

Miss Holmes said the rules for weddings were still the same as they were last summer, despite advances in vaccines and testing, as well as the ability to track and trace guests.

"We just don't understand why the government can't use the tools that it has created to ensure that this sector can reopen fully and to ensure that couples can have what we've been saving up for and been planning for a very long time.

"It's not simply about the numbers, it's about having a meaningful day."

Mr Whitely said it wasn't simply about the number of guests permitted to attend, but also the restrictions on personal elements such as poems during the ceremony and the interaction allowed between attendees, which seemed arbitrary.

"I didn't have a stag do, but the great irony in this is that I could.

"We could go to the pub, I could meet a lot of my friends. I could be mixing with complete strangers, but after that I couldn't have a wedding in the same way.

"It just seems really unfair and unusual to me in that weird paradox where you can have a stag do, but you can't have a wedding in the same way," he said.

Tess Forsyth, a director of wedding venue The Tudor Barn, in Burnham, said her company runs at a loss when hosting weddings with the maximum permissible number of 30 attendees.

"At the moment, the numbers just don't work for us," Ms Forsyth said.

The businesswoman said the restrictions, which discouraged dancing and didn't allow drinking while standing, were "destroying the wedding industry".

"For every one wedding that we host here, there's 30 people involved in putting on that day. From our wedding planner, to the bar staff, to the caterers, to the linen company, the lighting people, florists the cake people - that's 30 people missing out on income, " she said.

And it's become increasingly difficult for couples to simply postpone their wedding to another date of their choosing, because a backlog has built up from previous cancellations.

Wedding photographer Chris Hill said some of his clients had rescheduled dates as many as five times.

If restrictions remain on what can take place on the big day Mr Hill predicts his clients will reduce the number of hours they book and pay him for.

Suzanne Kingshott, a wedding florist from Hot Flowers and Art near High Wycombe, said about two-thirds of her company's income came from weddings and office displays, so lockdown had been "challenging".

Ms Kingshott said many of her clients planning July and August weddings felt in limbo with the uncertainty of what they're going to be allowed to do on their big day.

"At the moment there's a lot of holding back, that thought of 'Is it going to happen?' and the fact that everything is scaled down a lot."

The UK Weddings Taskforce, an industry group, estimates that 50,000 weddings planned in the four weeks from 21 June could be cancelled if the lifting of restrictions is delayed.

The group calculated that the industry would lose £325m for every week that less-restrictive weddings cannot go ahead.