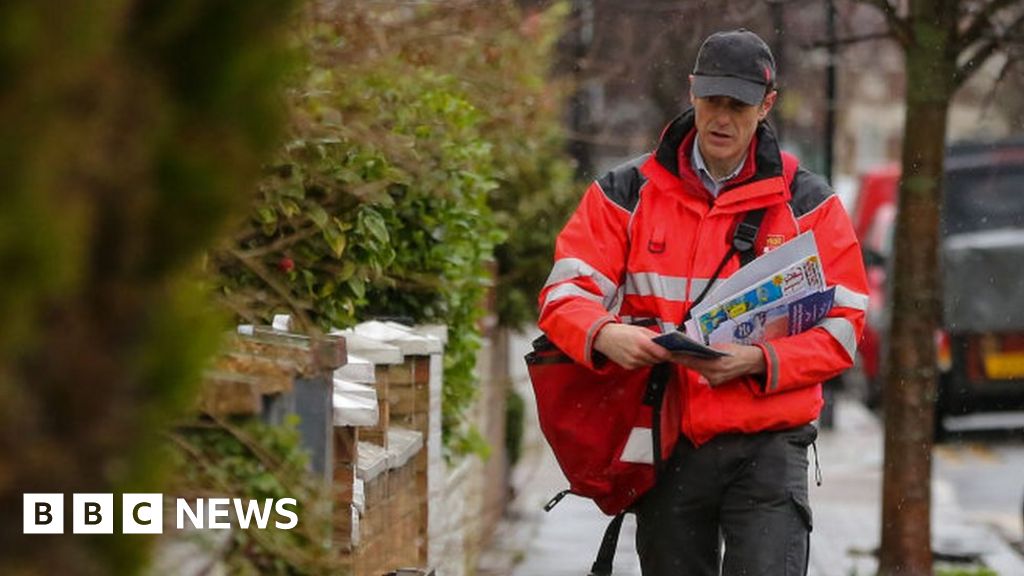 Some 115,000 Royal Mail workers are set to strike on four days in August and September in a dispute over pay.

The Communication Workers Union (CWU) said workers would walk out on 26 and 31 August and 8 and 9 September.

The move comes as Royal Mail said the union had rejected a pay rise offer "worth up to 5.5%" after three months of talks.

Union bosses the action was "for a proper pay rise" and said the strikes would be the biggest this summer.

The union has demanded that Royal Mail Group increases wages to an amount that "covers the current cost of living".

Inflation, which is the rate at which prices rise, is at a 40-year high of 9.4% and is expected the peak at 13% later this year.

Dave Ward, CWU general secretary said: "Nobody takes the decision to strike lightly, but postal workers are being pushed to the brink.

"There can be no doubt that postal workers are completely united in their determination to secure the dignified, proper pay rise they deserve," he said.

Mr Ward added people "can't keep on living in a country where bosses rake in billions in profit while their employees are forced to use food banks".

"The CWU's message to Royal Mail's leadership is simple - there will be serious disruption until you get real on pay," he added.

Royal Mail's latest adjusted operating profit for the year to March was £758m, below forecasts of £771m, as cost savings fell short of targets and parcel volumes dropped from Covid lockdown highs.

The CWU is the latest of several unions to ballot for strikes in recent weeks as the cost of living soars.

Royal Mail apologised to customers in advance of the industrial action but said it had plans in place to minimise the disruption.

The company also called for further talks with the union to avert the strikes, but said they "must be about both change and pay".

Workers on the railways and at airports are also in pay disputes with employers, with train drivers set to strike on Saturday.

Ricky McAulay, operations director at Royal Mail accused the union of failing to engage in "any meaningful discussion" after more than three months of talks on changes to modernise the company.

"The CWU rejected our offer worth up to 5.5% for CWU grade colleagues, the biggest increase we have offered for many years," he said.

"In a business that is currently losing £1m a day, we can only fund this offer by agreeing the changes that will pay for it."

It is understood that after talks ended between the CWU and Royal Mail, the company announced it would give members a non-conditional 2% pay increase backdated to 1 April.

The union had been told a 3.5% is available subject to further talks and agreements, which would total a 5.5% rise.

Mr McAulay said needed to modernise to "offer more of what our customers want at a price they are willing to pay, all whilst protecting jobs on the best terms and conditions in our industry".

"Royal Mail can have a bright future, but we can't achieve that by living in the past," he said.

"The CWU's failure to engage on the changes we need is an abdication of responsibility for the long-term job security of their members."