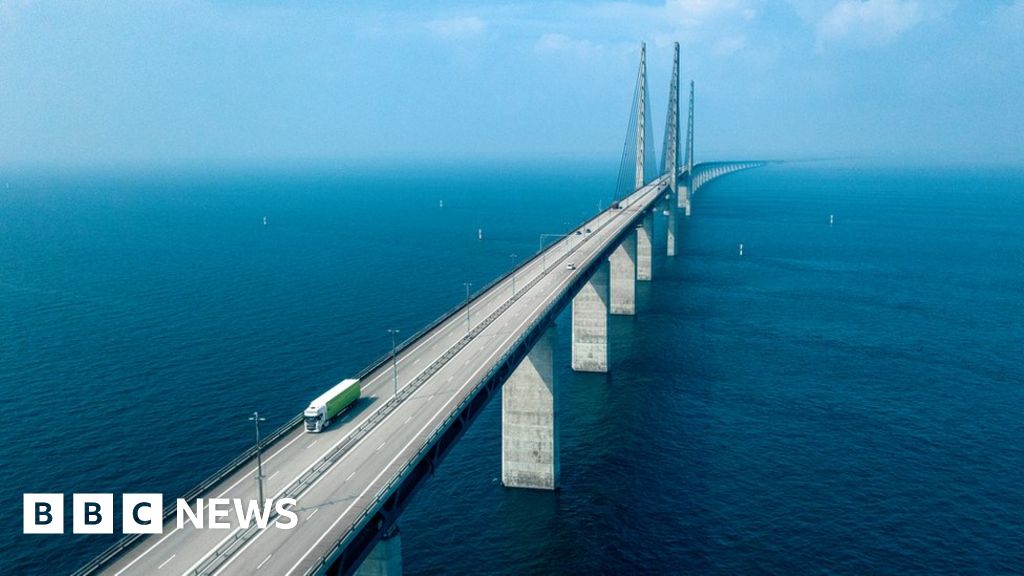 Plans to build a bridge or tunnel between Scotland and Northern Ireland have been ruled out due to forecasted costs and engineering challenges.

A study examining if such a project was possible is expected to advise against proceeding with any proposals when it is released next week.

The BBC understands the government will agree with the report's recommendation.

Prime Minister Boris Johnson has been a vocal supporter of a fixed link between Britain and Northern Ireland.

The Telegraph first reported that transport expert Sir Peter Hendy, who was asked by the government to examine connections between the different parts of the UK, had concluded the project was not currently viable.

A government source said Sir Peter had examined the costs of a fixed link to Northern Ireland and found "it would be technically very challenging at the moment".

"That's not to say it won't become viable at some point in the future, but at the moment it would be very, very difficult and expensive," the source told the paper.

The Department for Transport told the BBC: "We don't comment on speculation. The Union Connectivity Review will be published shortly."

Plans for some kind of link between Northern Ireland and Scotland stretch back as far as the 1890s.

The Democratic Unionist Party (DUP) revived the idea in its 2015 general election manifesto and Mr Johnson has previously described a bridge as a "very interesting idea".

Some experts suggested such a project would cost £15bn, while others have said that £20bn would be a conservative estimate.

Two potential routes for a link were suggested - from Portpatrick to Larne, or near Campbeltown to the Antrim coast.

In September, Northern Ireland's Infrastructure Minister Nichola Mallon said the "distraction of a £20bn fixed bridge, or three tunnels and a roundabout under the sea" had "finally been put to bed".

"We all know around this table what we could do for infrastructure and for our communities with £20bn," she said.

The 'Boris bridge' idea attracted a considerable amount of scorn but also had its supporters.

The DUP were keen on the idea and could point to similar projects like the Hong Kong - Ju-Hi crossing, a 34 mile long combination of bridge and tunnel across the Pearl River Delta.

But Stormont's Infrastructure Minister Nichola Mallon was exasperated by the idea, calling it a distraction.

Now that a fixed link has been ruled out, attention will turn to the substance of the union connectivity review.

On both sides of the Irish Sea there are more mundane projects which could deliver economic benefits if they are funded.