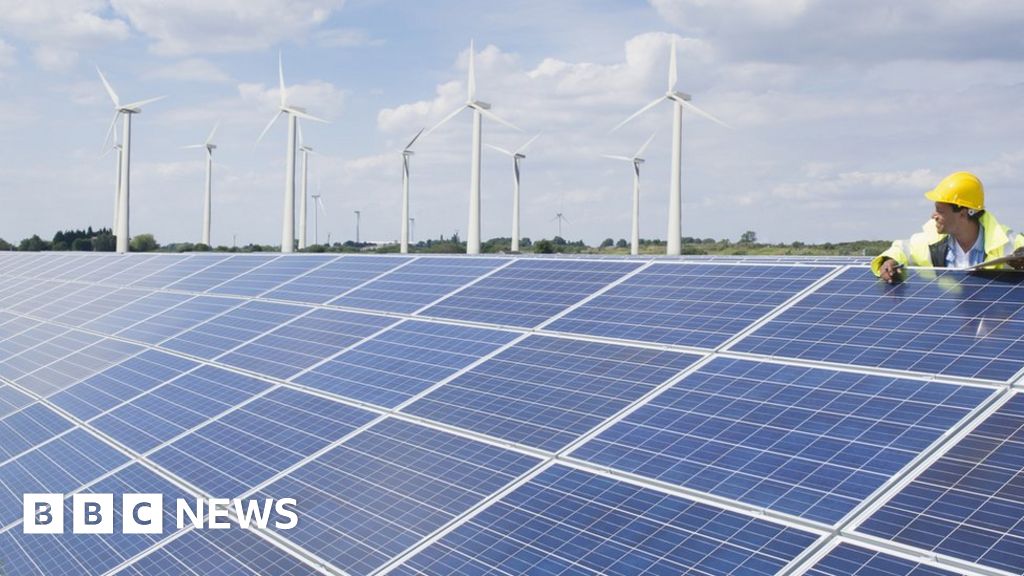 Climate targets provide the opportunity for a "new industrial revolution" in the UK, the boss of the Confederation of British Industry will say.

CBI director general Tony Danker will also argue that new industries such as biotech offer "a shot at redemption".

Speaking at the CBI's annual conference later, he will say de-industrialisation has led to "shuttered High Streets" and a "loss of pride in place".

The government said levelling up the UK was "at the very heart" of its agenda.

Mr Danker will tell business leaders in South Shields later that old industries such as textiles in Lancashire, shipbuilding on the Clyde, and steel in Sheffield have been allowed to "die" since the 1980s and offered "little more than benign neglect for what got left behind".

"It was an economic policy that was ambivalent about levelling down," he will say.

Economic growth needs to be evenly spread around the country for the government's "levelling up" agenda to work rather than being concentrated in south-east England, he will argue.

Mr Danker will say successive governments have been "too relaxed about a brain drain as young people leave home to chase better paid jobs".

He will argue firm's headquarters are "too often based in London and the South East", with the UK operating as a "branch line economy".

"Shuttered High Streets in towns and cities left behind. A loss of pride in place," he will say.

"We've spent the past decades living with these consequences. But now, we've got a shot at redemption, a chance to regenerate with nascent industries - such as biotech, space, and cyber security - emerging in all parts of the country."

Mr Danker will say the country's "industrial heartlands" could lead a new industrial revolution "as they did the last" with hydrogen production, off-shore wind, carbon capture, electric vehicles and batteries providing "a chance for these places to be world-leading again".

He will call on government to play "an active role" in creating these new industries, alongside businesses.

Firms should be encouraged to cluster in towns, and should have more power in decisions over local infrastructure and in coming up with economic strategies in regions.

Mr Danker has confirmed the CBI was setting up a Centre for Thriving Regions "to co-ordinate the private sector's commitment to levelling up".

In a statement, the Department for Levelling-up, Housing and Communities said: "Levelling-up all corners of the UK is at the very heart of this government's agenda.

"By empowering local leaders, boosting living standards, improving public services, and regenerating our town centres and high streets we will ensure opportunity is spread more equally across the whole country."