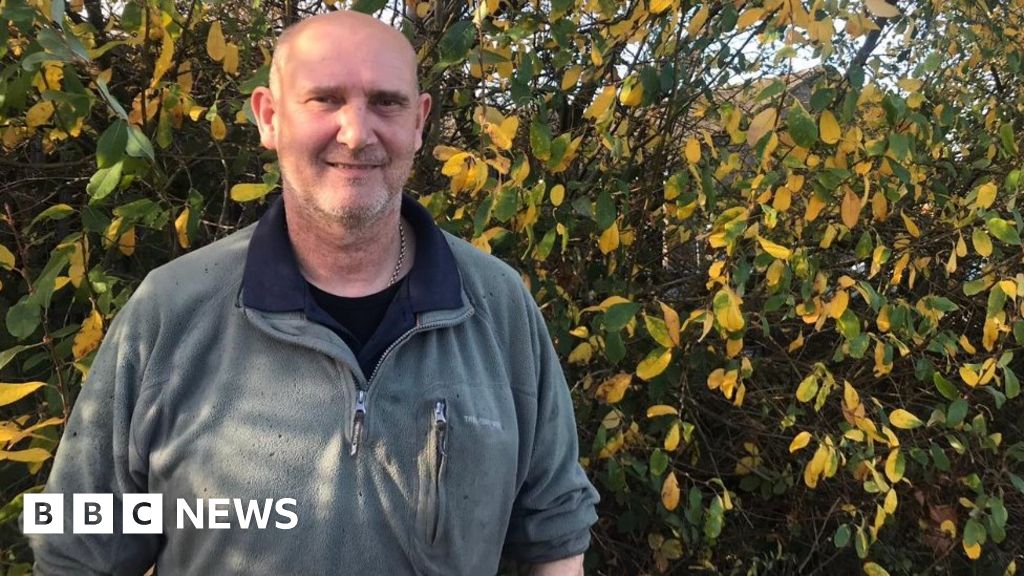 A man who was refused a payout of £1.7m after his online betting company account was credited with the money has taken his case to the High Court.

Andy Green, 53, from Lincolnshire, said he hit the jackpot in January 2018 playing a blackjack game from bookmaker Betfred on his phone.

Betfred said there was a software error and the company's terms and conditions meant it could withhold the payment.

But lawyers for Mr Green say they have been given no proof of the problem.

After a long night playing the Betfred Frankie Dettori Magic Seven Blackjack in January 2018, Mr Green's online account was credited with £1,722,923.54 which he tried to withdraw - but the request was declined.

After placing some more bets with his winnings he took a screenshot to prove what had happened.

However, a Betfred director called him to say there had been a "software error" and it was rejecting the claim.

As a token of "goodwill" the company was willing to pay £30,000, but Mr Green would have to agree not to talk about it ever again.

Mr Green refused and the company increased its offer to £60,000, which he also rejected.

More than two years later he has gone to the High Court to sue Betfred and its parent company, Gibraltar-based Petfre for £2m, including the interest he would have earned from the win.

Mr Green said "the last two and a half years have felt like hell on earth".

"You wouldn't treat an animal like I've been treated by Betfred," he said.

"Hopefully the judge will accept the arguments put forward by my legal team and this nightmare will be over. My champagne remains on ice!"

Mr Green is in poor health and has suffered four heart attacks - one of them since the money was credited to his online account in 2018.

The legal argument centres on 49 pages of terms and conditions, and game rules which Mr Green ticked when signing up for Betfred.

They include a clause that all "pays and plays" would be void in the event of a "malfunction", and Betfred argues that by ticking the box, Mr Green was agreeing.

His solicitor Peter Coyle said "whilst Betfred's betting terms and conditions are incredibly complicated and span across numerous different documents, we are confident that, on their proper construction, the terms simply don't allow for Betfred to withhold payment".

Mr Coyle pointed out that if "all pays and plays" were void, then Betfred would have refunded other customers, but the company had produced no evidence that had happened. It only wanted to withhold Mr Green's enormous win, he said.

Betfred licences the software for its online games from another company Playtech, which has refused to confirm the nature of the software glitch.

By law, Playtech has to notify the Gambling Commission of Great Britain of the fault, known as a "key event". Mr Coyle says the description of what happened is only four lines long and does not describe the nature of the problem.

Despite repeated requests, Mr Green's lawyers say Betfred has been unable to prove there was a software problem at all. Neither has the company attempted to drag its supplier Playtech into the case.

If the court rules in Mr Green's favour, other gamblers denied their winnings due to technical problems could be able to make similar claims.

Mr Green's lawyers have asked for a summary judgment, which would mean the facts are not at issue and the judge could decide the case without a trial.

The judge has reserved judgement, which could mean one of three outcomes at a later date: deciding the case without a trial in Mr Green's favour, deciding in Betfred's favour, or ordering a trial.

A Betfred spokesman said "the case is currently progressing at court and it is therefore inappropriate for us to comment further".

Thousands of jobs could be at risk as the US clothing chain mulls closing its company-owned shops.

The regulator sets deadlines for refunds to be paid, but the company says it is "98% through the queue".

An alert issued via the app will not mean the recipient can claim a payment for self-isolating.

The chain says some jobs will be partly funded by the UK's Kickstart scheme, which aims to help young people.

Dangerous Products: 'I Heard A Loud Crackle And Bang'

Worries over dangerous products sold via online marketplaces prompt a call for changes in the law.

The amount of retail sales saw a 1.5% rise last month, boosted by DIY and garden items.