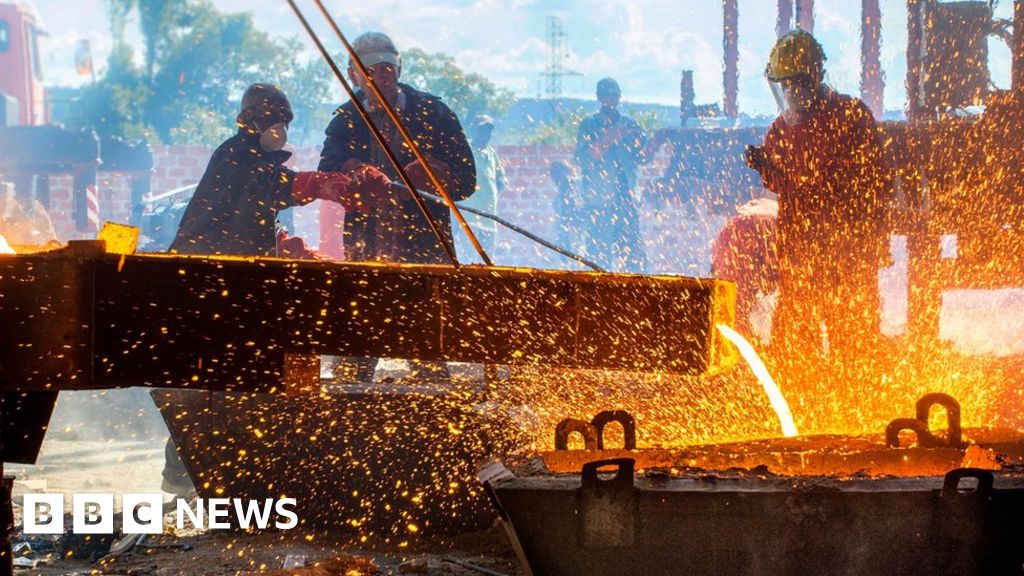 Labour has called for a windfall tax on North Sea oil and gas producers to fund measures to ease the cost of living squeeze.

Proposals unveiled on Monday would include a £600m contingency fund to support struggling firms and energy intensive industries.

Labour said it would cut the average household energy bill by £200.

Shadow business secretary Jonathan Reynolds said the government was "asleep at the wheel" over price rises.

However, the government said it would listen to people and businesses on how to manage the costs of energy.

Household and businesses have seen their energy bills rise in recent months as energy suppliers pass on a sharp rise in wholesale gas prices.

Increased oil and gas demand in Asia, a rapid recovery of some economies after lockdown, and a summer with little wind to generate alternative power, have all contributed to rising energy costs.

Mr Reynolds said "viable firms" were at risk of "going to the wall because of government failures over the last decade".

"The government has been asleep at the wheel, with British firms, especially those energy-intensive businesses, paying the price," he added.

Labour said the £600m "contingency fund" to support struggling firms, including energy intensive industries, such as manufacturing companies, would be financed by the one-off windfall tax on record North Sea Oil and Gas profits.

The party said it will force a vote in parliament on Tuesday, which will call for the government to scrap business rates and create its suggested £600m contingency fund.

Shadow chancellor Rachel Reeves told the BBC on Sunday that the UK was "uniquely exposed" to global energy price rises.

Trade body Energy UK has predicted bills will surge by up to 50% in April, when the change to the price cap, due to be determined in February, kicks in. It said the average household could end up paying about £700 more per year.

And with UK inflation at a 10-year high in November, and the rate expected to increase to further in the next few months, warnings of a cost-of-living "crisis" have been voiced.

The Liberal Democrats has also called for a windfall tax on energy firms.

A statement from the government said: "The Energy Price Cap is currently insulating millions of consumers from high global gas prices. We'll continue to listen to consumers and businesses on how to manage the costs of energy.

"Thanks to our diverse mix of nuclear, gas and renewable technologies, the UK has one of the most reliable energy systems in the world."

The country has been experiencing a severe debt and foreign exchange crisis in recent months.

Virgin And O2 Users Will Not Face EU Roaming Charges

Virgin Media O2 says it will not reintroduce fees for mobile data use and calls in EU countries.