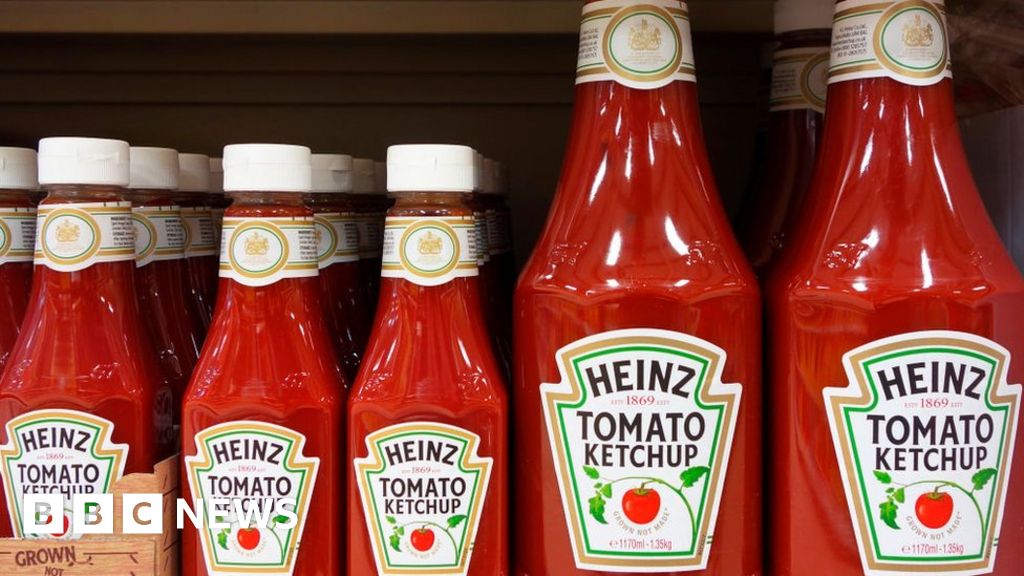 People will have to get used to higher food prices, the boss of Kraft Heinz has told the BBC.

Unlike in previous years, he said, inflation was "across the board".

The cost of ingredients such as cereals and oils has pushed global food prices to a 10-year high, according to the UN Food and Agriculture Organisation.

Kraft Heinz has increased prices on more than half its products in the US, its home market, and Mr Patricio admitted that is happening elsewhere too.

"We are raising prices, where necessary, around the world," he said.

During the pandemic, many countries saw production of raw materials, ranging from crops to vegetable oils, fall. Measures to control the virus, as well as illness, limited output and delivery.

As economies have restarted the supply of these products hasn't been able to keep up with returning demand, leading to higher prices. Higher wages and energy prices have also added to the burden for manufacturers.

Mr Patricio says this broad range of factors is contributing to the rising cost of food.

"Specifically in the UK, with the lack of truck drivers. In [the] US logistic costs also increased substantially, and there's a shortage of labour in certain areas of the economy."

Mr Patricio says that consumers will need to get used to higher food prices given that the world's population is rising whilst the amount of land on which to grow food is not.

In the longer term "there's a lot to come in technology to improve the effectiveness of farmers" that will help.

Not all cost increases should be passed on to consumers, Mr Patricio said. Firms would have to absorb some of the rise in costs.

"I think it's up to us, and to the industry, and to the other companies to try to minimise these price increases," he said.

But big food producers like Kraft Heinz, Nestle and PepsiCo "will most likely have to pass that cost on to consumers" according to Kona Haque, head of research at the agricultural commodities firm ED&F Man.

"Whether it's corn, sugar, coffee, soybeans, palm oil, you name it, all of these basic food commodities have been rising," she said.

"Poor harvests in Brazil, which is one of the world's biggest agricultural exporters, drought in Russia, reduced planting in the US and stockpiling in China have combined with more expensive fertiliser, energy and shipping costs to push prices up."

But she said food producers would all be affected and would therefore all be raising prices in similar ways: "because it's so widespread that everyone will do it, meaning they probably won't lose customers".

This week PespsiCo warned it was also facing rising costs on everything from transport to raw ingredients, and said that further prices rises were likely at the start of next year.

However, as well as pushing up costs, the pandemic did help boost sales for some Kraft Heinz brands, Mr Patricio said, because staying in meant "people are cooking far more than they were before".

Customers in the UK bought more Heinz Baked Beans, while customers in the US bought more Kraft Mac & Cheese. Overall sales rose 1.6% to $13bn in the first half of this year, described by Erin Lash, at the investment firm Morningstar, as "still quite impressive relative to the comparable pre-pandemic period in 2019". despite representing a slight slowdown.

The company is also undergoing an extensive restructuring under Mr Patricio, involving selling some old, and buying some new brands which Ms Lash said was "narrowing its focus and increasing its spending on innovation and marketing" which would support future sales.

Most of the 650 million bottles of ketchup the firm sells every year are plastic, for example. But Mr Patricio said the firm was "encouraging" customers to buy glass bottles even though they are less convenient "because you have to tap on the bottom".

He adds "We are working hard, not only on the plastic bottles, but everywhere in our footprint that has plastic."

Campaigners against plastic waste would like to see a reduction in the use of single serving sachets.

However following faced a shortage of sachets during the pandemic, as consumers bought more takeaways from restaurants, Kraft Heinz has invested in expanding production of them by 30%.

"Thanks God we did that, because now we don't have that [shortage] problem anymore", says Mr Patricio. But he says the company is working on a solution "to cutting the amount of plastic they use".