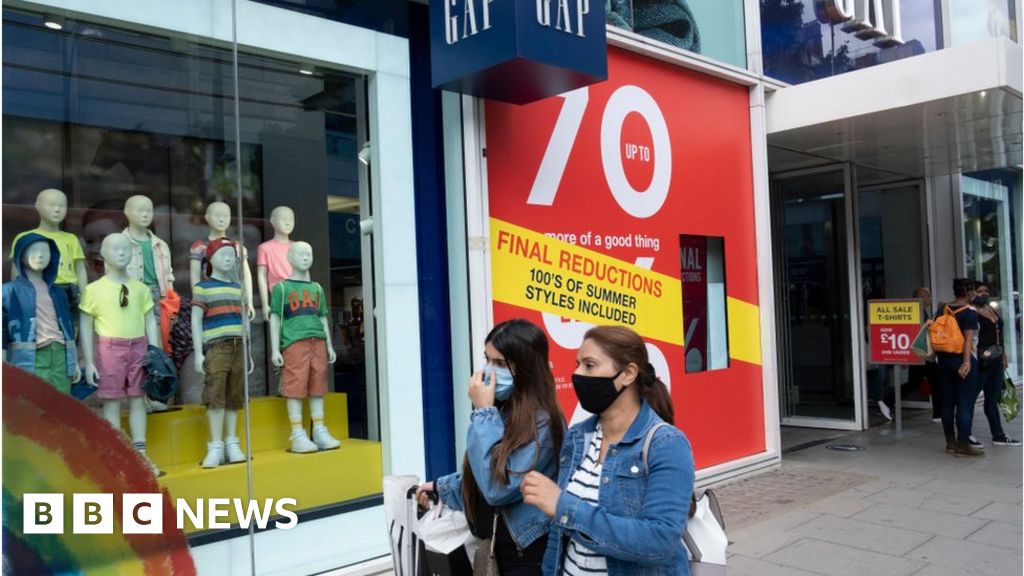 US retailer Gap could close all of its own UK stores, putting thousands of jobs at risk, as it mulls shifting its operations to franchise-only in Europe.

Shops in the UK, France, Ireland and Italy could shut next summer, along with its UK-based European distribution centre, the retailer said.

Gap would not disclose the number of UK stores it has, nor the size of its workforce.

Falling sales in recent years have been exacerbated by coronavirus disruption.

The retailer reported a £740m loss in the three months to May.

Instead of operating its own stores, Gap said it was looking at whether to move to a franchise model. The retailer had 129 Gap-branded stores in Europe at the end of July, and about 400 franchise stores.

"As we conduct the review, we will look at transferring elements of the business to interested third parties as part of a proposed partnership model expansion," said Mark Breitbard, head of Gap brand global.

A Gap spokesperson added it was also looking at "alternative ways to operate the European e-commerce business." The spokesperson declined to give a breakdown of the number of stores and employees Gap has by country.

Clothing retailers have been hit hard by the coronavirus crisis. As well as temporary shop closures during lockdown, they have had to contend with lower footfall and an accelerated shift to online shopping which has been capitalised on by specialists such as Asos and Boohoo.

Many retailers have struggled to survive amid the crisis, according to the Centre for Retail Research. These include:

Even before the pandemic, Gap was fighting to revitalise itself after losing younger shoppers to cheaper fast fashion brands such as Zara, H&M and Forever 21 over a number of years.

Earlier this year, Gap said it planned to close over 225 unprofitable Gap and Banana Republic stores globally as a part of a restructuring plan.