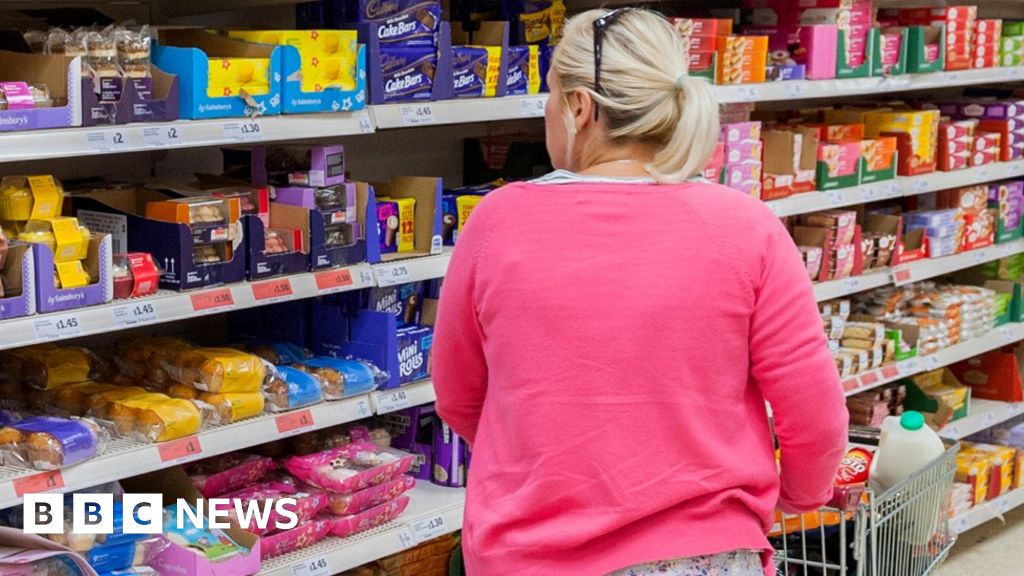 The average annual grocery bill in the UK is set to rise by £380 this year, according to research firm Kantar.

That means shoppers could be paying on average an extra £32 a month for food and other groceries.

Back in April, the firm predicted the cost of the average annual supermarket shop would go up by £271 in 2022.

The upward revision shows "just how sharp price increases have been recently and the impact inflation is having on the sector", said Kantar.

The survey also showed grocery prices rose by 8.3% over the past four weeks, the highest rate in 13 years.

"The inflation number makes for difficult reading and shoppers will be watching budgets closely as the cost-of-living crisis takes its toll," said Fraser McKevitt, head of retail and consumer insight at Kantar.

Official figures for April showed overall inflation - the increase in prices over time - was running at 9% a year in the UK - the highest rate for 40 years. The Bank of England has warned inflation might exceed 11% later this year as the prices of fuel and food put pressure on household budgets.

The latest inflation figures for May are due to be published on Wednesday.

Overall supermarket sales are declining, down by 1.9% in the 12 weeks to the 12 June - the smallest fall since October 2021.

Mr McKevitt said: "The sector hasn't been in growth since April 2021 as it measures up against the record sales seen during the pandemic. However, these latest numbers show the market is to an extent returning to pre-Covid norms as we begin comparisons with post-lockdown times."

It said this could be the result of people looking to further cut costs by " avoiding delivery charges" though it added that the recent good weather may be encouraging more people to take a trip to the supermarket.

The researchers also found shoppers are switching from branded items, sales of which are down by 1%, to supermarkets' own-label products.

"Sales of these lines, which are often cheaper, have risen by 2.9%, boosted by Aldi and Lidl's strong performances, both of whom have extensive own-label repertoires," said Mr McKevitt.

"We can also see consumers turning to value ranges, such as Asda Smart Price, Co-op Honest Value and Sainsbury's Imperfectly Tasty, to save money and together all value own-label lines grew by 12%."

Lidl was the fastest growing supermarket over the 12 weeks with sales up by 9.5%: Morrisons saw the biggest fall with sales down by 7.2%.

Cost Of Living: How Can I Save Money On My Food Shop?

The cost-of-living crisis continues to bite. Here are some things that can reduce the impact.

The Unite union says 2,400 managers across the UK will take part in the action this month.

But banks are well-placed to weather even a severe economic downturn, the Bank of England says.

Four in 10 policies offer no protection if holidays are cancelled by strikes, says Which?.

The Scandinavian carrier files for bankruptcy protection in the US as its pilots take action over pay.