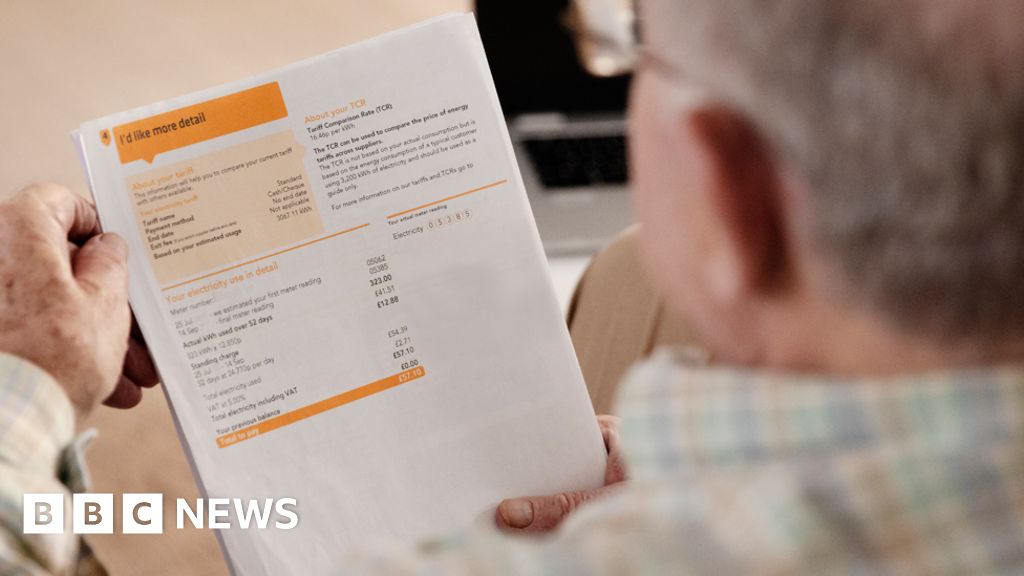 Energy bills for a typical household could hit £4,266 next year, consultancy Cornwall Insight has warned.

The higher estimate means the average household would be paying £355 a month, instead of £164 a month currently.

Cornwall cited regulator Ofgem's decision to change the price cap every three months instead of six and higher wholesale prices for its high forecast.

But Ofgem said no forecast for next year could be "robust" at this stage and had "limited value".

Dr Craig Lowrey, principal consultant at Cornwall, said its price cap forecasts had been steadily rising but the big jump was "a fresh shock".

The energy bill warning comes as the government rejected calls for further help on energy bills until a new prime minister was in place.

The CBI business lobby group said it "made no sense to wait" for a new Conservative party leader.

Regulator Ofgem warned wholesale prices were moving so quickly that future forecasts were not reliable.

"We cannot stop others from making predictions, but we would ask that extreme caution is applied to any predictions for the price cap in January or beyond."

Earlier this month, the government announced how households in England, Scotland and Wales will receive £400 to help with rising fuel bills this autumn, with the money paid in six instalments.

But Dr Lowrey called on the government to use the latest predictions of higher bills to review the support package.

"If the £400 was not enough to make a dent in the impact of our previous forecast, it most certainly is not enough now.

"The government must make introducing more support over the first two quarters of 2023 a number-one priority."

Hannah Absalom, a PHD student in Birmingham, lives on £850 per month in a one-bed flat and has spent £80 already on thermal clothing and a heated blanket so she can avoid heating her home in winter.

"I'm doing everything I can but there's not enough support. I'll more than likely end up in debt, or eat into my buffer savings - saved for getting a job," she says.

Supermarket head office worker Stuart Lane, 47, who lives in Buckinghamshire with his wife and their three children, currently pays £100 a month for a fixed price deal. but that ends in September.

"When I looked at getting a new deal, the only fixed prices was pushing up to £420. We will be having to look at our outgoings," he says.

Sylvia Simpson, chief executive at debt help charity Money Buddies in Leeds, told the BBC there were limited options for helping people with soaring energy bills: "The tools that we used to have before, for example, for switching utility providers to get the best deal - that has gone now. There is no switching to get the best deal anymore.

Conservative leadership candidate Rishi Sunak has said he would provide more money to help people with their energy bills, if he becomes prime minister.

His rival for the leadership, Liz Truss, has pledged tax cuts to help people hit by cost of living increases.

But Liberal Democrat Leader Ed Davey has suggested that the government should scrap the energy price cap rise in October, which he said would save the typical household £1,400 this year.

Mr Davey said the cost of the plan - which the party puts at nearly £36bn - could be funded through backdating the windfall tax on oil and gas companies' profits.

Dr Lowry said that without the more frequent changes to the price cap, more energy suppliers might be in danger of collapse - though he questioned whether it should exist at all.

"If it is not controlling consumer prices, and is damaging suppliers' business models, we must wonder if it is fit for purpose - especially in these times of unprecedented energy market conditions," he said.

However, if wholesale prices remain at current rates, it expects lower bills in the second half of next year than it had previously forecast.

The energy price cap sets a limit on the amount that can be paid for each unit of energy. It is based on the price energy suppliers pay producers for electricity and gas.

This has risen sharply, fuelled by the war in Ukraine which has threatened supplies from Russia.

Many families are already facing soaring costs, with UK inflation - the rate at which prices are rising - at the highest in 40 years.

The Don't Pay group, which is demanding bills be reduced to to an affordable level, says tens of thousands of people have pledged to cancel their direct debit payments from 1 October.

However, charities have said not paying energy bills has very serious consequences for consumers, including being threatened with disconnection and damage to their credit rating.

The warning comes as the government dismissed reports of disruption to energy supplies, following reports that plans for a "reasonable worst case scenario" included organised blackouts for firms and households.

A source told the BBC that such scenarios are "made up" and "extreme" so that the government's response can be tested.

Predictions of January energy bills were already sending shivers down spines, as the wholesale prices suppliers have to pay spiked due a fear of Russia withholding gas supplies.

But it's partly a technical tweak that's caused those estimates to jump by another 10% in just a few days.

At present, suppliers are often having to buy energy at a higher price to meet the needs of customers. But those customers, under the cap, may be paying a lower tariff.

The regulator, under new plans, is allowing suppliers to recoup those extra costs from customers over the space of six months, a shorter period than previously thought.

It's not just about protecting profits; 28 suppliers have already folded in the last couple of years, leaving customers to pick up a tab £2.7bn, nearly £100 per household, due to their failures. On top of that, over £1bn of taxpayer funds are expected to be needed to deal with the largest collapse, that of Bulb.

The idea is to protect customers from the cost of future failures. But in the short term, it could mean devastating choices in the depths of winter.

And the extra help currently on offer from both Tory leadership hopefuls is unlikely to offset even the increase in the estimate unveiled today.