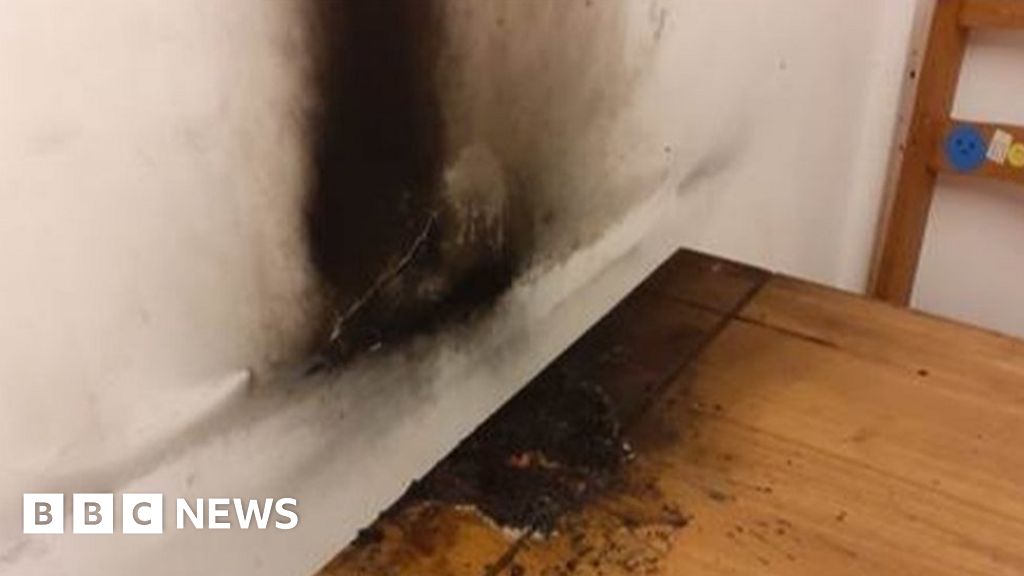 Dangerous kettles, hairdryers and extension leads are being sold online, an investigation has found, prompting calls for a change in the law.

One mother-of-two said she heard a "loud crackle and bang" from a laptop battery bought via an online marketplace before fire broke out.

The charity wants platforms to have more responsibility for what is sold.

Tens of thousands of these products could have been sold via online marketplaces, it said.

The charity's snapshot investigation found 70 listings of visually non-compliant electrical products for sale, thousands of which were likely to have been sold.

Products were analysed from the images used to advertise them and considered to be so obviously substandard that they were illegal for sale to UK consumers, the charity said.

Some of the listings had illegal plug fittings. Some were fitted with EU plugs, and sold with a UK adapter to use permanently, which increases the risk of an electric shock or fire.

It found products of concern sold on Amazon Marketplace, Wish and eBay. The companies said the products had been taken off their sites immediately.

In some cases action was taken against sellers, and the sites said they had monitoring in place to prevent the sale of dangerous items.

One mother-of-two from North Wales said she had bought a replacement battery for her laptop from a third-party seller on an online marketplace, but said it led to a fire.

"My laptop was on a hard table, charging for a few hours. I heard a very loud crackle and bang from the laptop. Panicking, I fled into the garden, taking my dogs with me and looked in horror to see the laptop go bang again and catch fire, spreading along the table," she said.

"I was terrified. Luckily, my two kids were staying at their grandmother's that night but if they'd been in the house at the time the fire would have been between them and myself which is absolutely horrible to think about.

"The experience has taught me not to buy electrical products from online marketplaces again. I'll be sticking to reputable retailers."

The charity said more needed to be done to protect consumers, claiming current rules were "ambiguous". It has drafted a proposed change in the law, including:

Lesley Rudd, chief executive of Electrical Safety First, said: "Quite rightly, our High Street retailers are bound by legal responsibilities and it is wrong that online marketplaces can operate outside of this framework.

"It is time to even the playing field to finally tackle the scourge of substandard goods we continue to find on sites. We urge the government to adopt our Bill in order to protect millions of UK consumers and to hold online marketplaces to account."