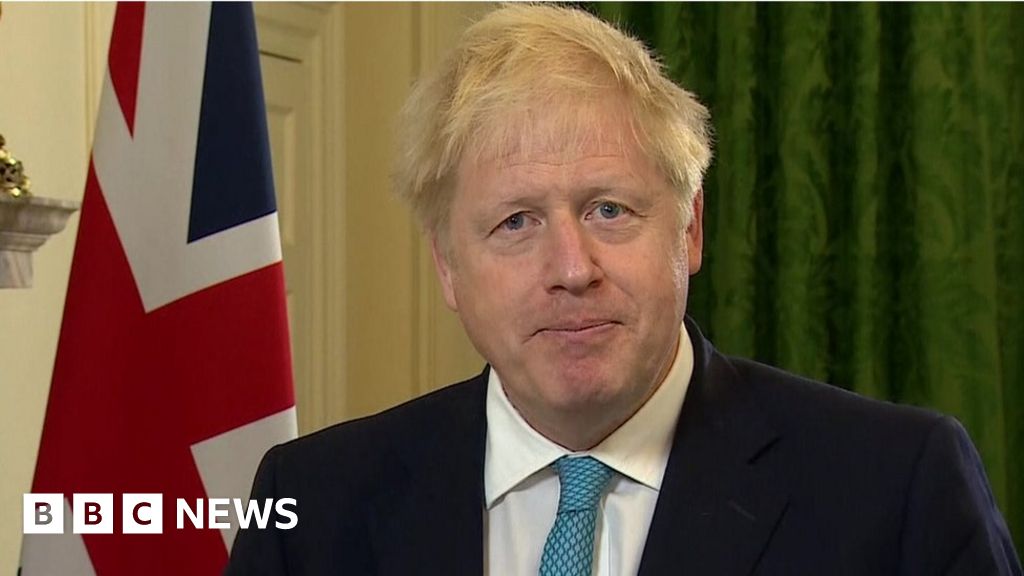 Talks between the UK and EU over a post-Brexit trade agreement are "over", Downing Street has said.

No 10 said there was "no point" in discussions continuing next week unless the EU was prepared to discuss the detailed legal text of a partnership.

Earlier, Boris Johnson said the UK had to "get ready" to trade with the EU next year without an agreement.

The EU has said it is willing to "intensify" discussions but it will not do a deal "at any price".

The UK set a deadline of Thursday to decide whether it was worth continuing talks amid disagreements in key areas.

The EU's chief negotiator Michel Barnier due in London next week for further discussions but Downing Street suggested his trip would be pointless unless the EU shifted its position.

"There is only any point in Michel Barnier coming to London next week if he's prepared to address all the issues on the basis of a legal text in an accelerated way, without the UK required to make all the moves or to discuss the practicalities of travel and haulage," the prime minister's official spokesman said.

"If not there is no point in coming."

He added: "Trade talks are over. The EU have effectively ended them by saying they do not want to change their negotiating position."

Speaking in Downing Street earlier, Mr Johnson suggested the EU was unwilling to seriously consider the UK's preferred option of a comprehensive free trade agreement based on the bloc's existing arrangement with Canada.

The UK, he added, must look at the "alternative" - which he suggested was Australia's much-more limited set of agreements with the EU.

As statements go, those four words from the prime minister's spokesman this afternoon were something of a bombshell.

But Michel Barnier, who's due to come to London next week to continue talks, might not be unpacking his briefcase just yet.

There's no doubt that Downing Street is sending the clearest signal possible that it expects the EU to make the next move in these negotiations.

And the rhetoric accompanying the talks has reached a new level.

But both sides still want a deal, the process has not broken down and there is still time to reach an agreement.

It's one thing to declare the talks over, it's another thing to refuse to continue talking.

The prime minister said: "I have concluded we should get ready for 1 January with arrangements more like Australia's based on simple principles of global free trade.

"For whatever reason it is clear from the summit that after 45 years of membership they are not willing - unless there is some fundamental change of approach - to offer this country the same terms as Canada.

"And so with high hearts and complete confidence we will prepare to embrace the alternative."

Boris Johnson's public declaration that the UK should prepare for No Deal did not cause great concern within EU circles.

The immediate response came in a tweet from Commission President Ursula von der Leyen who said it was full steam ahead for trade talks next week and that EU negotiators would be getting on their Eurostar to London as planned.

But the subsequent statement from the prime minister's official spokesman - off-camera, but on-the-record - that the "trade talks are over" has left senior diplomats "deeply unimpressed", as one put it to me.

Although "we're getting used to being part of Johnson's pantomime", they added.

Some EU figures fear Boris Johnson still doesn't know if he actually wants a deal and is trying to buy time while be grapples with the Covid crisis.

Following the hardening the British position by Number 10, France's President Macron called on the prime minister to make up his mind, while there was still time.

Many in Brussels remain "cautiously optimistic" some sort of deal can be agreed but any route there is now even harder to see.

The EU and Australia began discussions on a trade deal last year. At the moment, their trade is based on a much looser, decade-old partnership and is governed by World Trade Organization (WTO) rules.

This means there are tariffs, or taxes, on Australian goods sold into the EU and vice-versa.

The UK and EU had been hoping for a "zero-tariff" agreement to govern their trading relationship once the UK's post-Brexit transition period ends in December.

Both sides are calling on each other to compromise on key issues, including fishing and limits on government subsidies to businesses.

Labour's shadow Cabinet Office Minister Rachel Reeves urged the UK government to "step back from the brink" and "stop posturing".

"Any tariffs or any delays at the border will make it harder for goods to flow freely, whether those are foods or medicines," she said.

Thousands of jobs could be at risk as the US clothing chain mulls closing its company-owned shops.

The regulator sets deadlines for refunds to be paid, but the company says it is "98% through the queue".

An alert issued via the app will not mean the recipient can claim a payment for self-isolating.

The chain says some jobs will be partly funded by the UK's Kickstart scheme, which aims to help young people.

Dangerous Products: 'I Heard A Loud Crackle And Bang'

Worries over dangerous products sold via online marketplaces prompt a call for changes in the law.

The amount of retail sales saw a 1.5% rise last month, boosted by DIY and garden items.