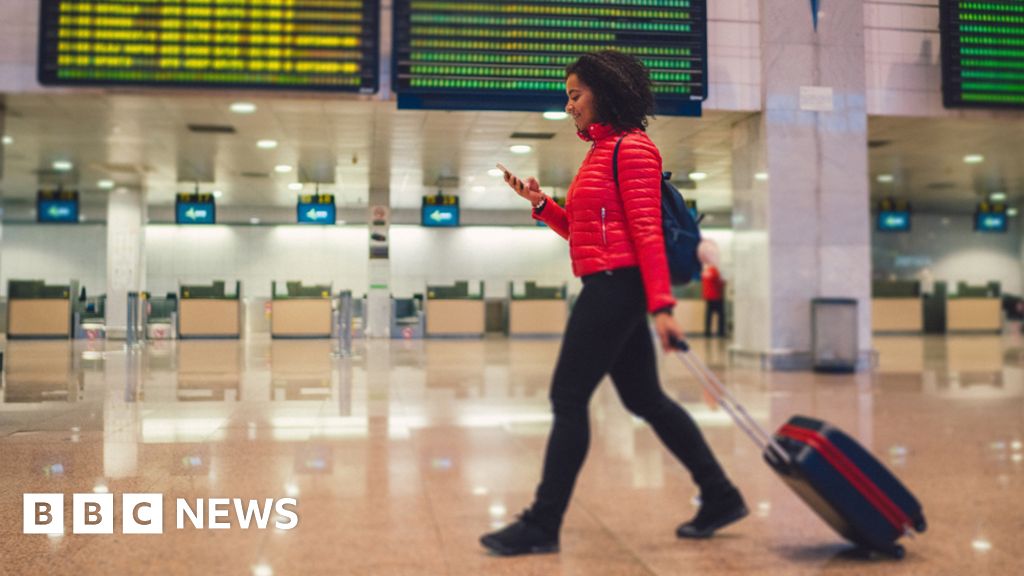 British Airways has suspended ticket sales for short-haul flights from Heathrow Airport for a further week until 15 August.

On Monday, the airline said it had stopped selling the tickets until 8 August, but now it has gone a step further.

The move is due to the cap on daily passenger numbers that the UK's biggest airport has imposed over the summer.

The suspension will affect BA's flights to domestic and European destinations.

Thousands of air travellers have been hit by disruption in recent months, including last-minute cancellations, which have been caused largely by staff shortages.

Airports and airlines, which cut jobs during Covid lockdowns, have found it difficult to recruit enough staff as demand for holidays has returned.

Heathrow Airport has struggled to cope with the rebound in air travel and problems with its baggage handling systems have also led to passengers seeing huge delays in reclaiming their luggage.

Last month, Heathrow told airlines to stop selling summer tickets, as it said it would limit the number of passengers departing each day to 100,000 - 4,000 fewer than previously scheduled.

The cap on numbers is set to remain in place until 11 September.

As BA is the largest airline at Heathrow it is affected by the limit more than other carriers. It is understood the airline was close to reaching the number of passengers it could carry under the current limit.

In a statement, BA said it had taken "pre-emptive action to reduce our schedule this summer to give customers certainty about their travel plans".

"When Heathrow introduced its passenger cap, we took a small number of additional flights from our schedule and to continue to comply with the cap, we've been taking responsible action by limiting sales or all the available fares on some of our Heathrow services to ensure more seats are available to rebook customers," the company said.

The company added that it would "continue to manage bookings to be within the Heathrow imposed cap".

BA could limit or suspend sales again while Heathrow's cap is in place. The impact will be mainly on short-haul flights, though long-haul routes could sometimes be affected.

Aviation consultant John Strickland said BA's short-haul flights over the next week would effectively be full, leaving "almost no room to manoeuvre to rebook passengers" in the case of unforeseen problems such as bad weather.

"It therefore has little choice but to take seats off sale to protect for this eventuality and sacrifice last minute high price ticket sales," he said.

Mr Strickland added that most last-minute sales go to business travellers, for which volume is lowest in August, "so the sacrifice is minimal".

Consumer group Which? said the move by BA would reduce customer choice and lead to "significant price increases".

On Tuesday evening, a direct flight from Heathrow to Frankfurt this coming Saturday cost a minimum of £617, compared with £243 in two weeks time, according to flight comparison website Skyscanner.

Stopping selling some tickets from Britain's biggest airport in the lucrative summer peak, when demand is strong, is not something you'd normally expect an airline to be doing.

But this isn't a normal summer.

The decision follows Heathrow's extraordinary decision to limit traffic to a level the system can cope with, given ongoing resourcing challenges.

It's understood British Airways was close to reaching the number of passengers it could carry under that cap this week.

The decision is meant to prevent last-minute bookings. And it should leave some leeway in the system for where rebooking is needed.

But it will limit passengers' last-minute options at a time when capacity has been squeezed and many prices have risen.

And it might not be the end - BA has made it clear that while Heathrow's passenger cap is in place, it may have to pause sales again.

BA has cut nearly 30,000 flights from its April-to-October schedule in response to staffing problems.

On Friday, BA owner IAG reported its first profit since the beginning of the Covid pandemic, despite facing what it called a "challenging" environment at Heathrow Airport.

The company said the problems at Heathrow had forced British Airways to limit its capacity to 69.1% of pre-pandemic levels between April and June, and this was expected to increase to about 75% between July and October.

A row broke out last week between Ryanair and Heathrow, after the airline said airports had not recruited enough staff to cater for the rebound in travellers, saying they "had one job to do".

But Heathrow hit back at the criticism, describing it as "bizarre".

"Airports don't provide ground handling, that's provided by the airlines themselves. So this is like accusing us of not having enough pilots," said Heathrow's chief executive John Holland-Kaye.

Virgin Atlantic also criticised the airport, claiming it was responsible for failures which were contributing to the chaos.

Last month the Competition and Markets Authority and Civil Aviation Authority issued a joint letter to carriers raising concerns that some airlines may not be doing everything they could to avoid harmful practices, including selling more tickets for flights than they could reasonably expect to supply.

Airports outside the UK have also faced issues. On Tuesday Amsterdam's Schiphol Airport, which has faced staff shortages, said it would continue to limit passengers in September and October to ensure safety and a reliable service.