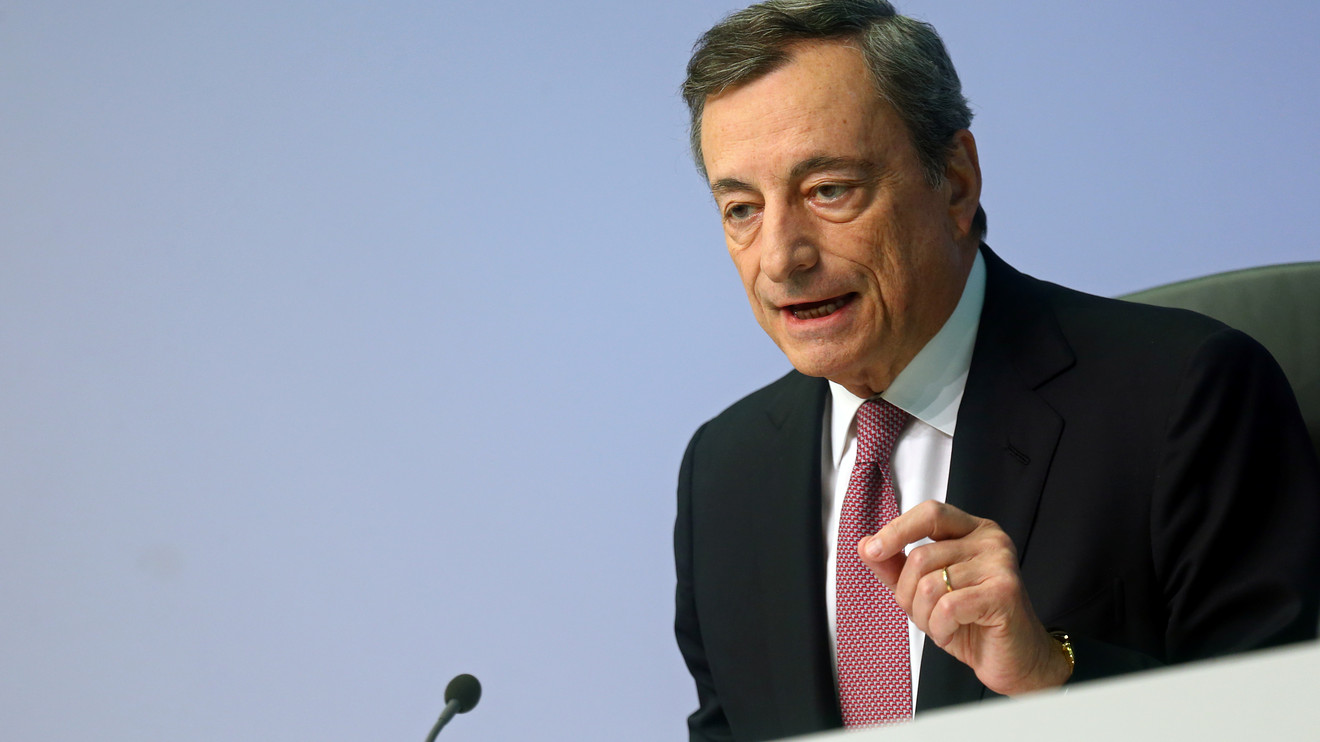 Never has the disconnect between policy prescriptions and actual policies been so stark in the eurozone. On one side, the growing chorus of economists, analysts, experts and public organisations and central bankers urging eurozone governments to prepare for a possible severe slump with looser fiscal policies. On the other side, eurozone governments either paralysed or unwilling to move, even as geopolitical uncertainties - from the risk of trade wars to the possibility of a no-deal Brexit - take their toll on global growth.

European Central Bank president Mario Draghi has long advocated that governments seize the baton from the central bank and start taking responsibility for managing the region’s economy. His calls for action, which took on an increasing tone of urgency in the last months, have remained unheeded.

And in a speech in London on Monday, ECB chief economist and executive board member Philip Lane insisted yet again: “The more fiscal policy contributes to boosting [growth], the quicker will be the effects of monetary policy,” he said.

Draghi and his ECB colleagues’ increasing vocal calls for looser fiscal policies in Europe, however, are likely to fall on deaf ears. Here are three reasons why.

Even though, taken as a whole, the eurozone’s fiscal deficit is negligible, at 0.5% of gross domestic product last year, it is the result of wide disparities among the 19 members of the monetary union. Some of those are already at a level of public debt that makes increasing deficits difficult, even in an era of low or even negative interest rates. Three of Europe’s largest economies - France, Italy and Spain - have accumulated debt levels (97%, 98% and 132% of GDP) that constrain their ability to increase spending. They are already running budget deficits of about 2.5% of GDP, which puts another limit on their fiscal leeway.

Because Italy is in the cross-hairs of the European Commission concerned about its debt level, and neither France nor Spain want to turn back on the hard road to fiscal credibility, these governments are happy with the ECB’s calls for fiscal action in the countries that can afford it. They also argue, along with most economists or organizations such as the OECD and the IMF, that monetary policy wouldn’t have to be so loose, or interest rates so low, if fiscal policy contributed to boosting growth, instead of being roughly neutral, eurozone-wide, at this stage.

The problem is that the countries what could afford a fiscal stimulus don’t want to. This is true of the Netherlands, which booked a 1.5% budget surplus last year, with debt at around 52% of GDP. At least the Dutch economy is expected to grow 1.7% this year, according to ING analysts, more than the eurozone average, seen in a recent ECB forecast to grow only 1.1% in 2019.

But that cannot be said of Germany, which is teetering on the brink of a recession due to the slowdown in world trade and the many problems of its automobile industry. The coalition government has only recently indicated that it might boost spending to take the current slump into account, but it will only do so by following its constitutional and legal requirements. There is more spending capacity even under these rules than the government admits: The “debt brake” set in stone in the Constitution allows for a limited structural deficit, which would be possible now that public debt is below 60% of GDP and shrinking. Another rule, the so-called “Black Zero,” requiring the government to balance its books, is a self-imposed limit the government has set itself back in 2014.

It has come under fire from some political parties including the social democrats who govern along with Merkel’s conservatives. And even the German business lobby is arguing that the time has come for a major debt-financed public investment program.

The chance to bridge the differences between the two camps has been lost with the end of any serious attempts to reform the eurozone. French president Emmanuel Macron’s entreaties to Germany two years ago were greeted with mostly polite indifference. Governments arguing for more fiscal solidarity among eurozone members have met the steadfast refusal of a string of countries, dubbed the New Hanseatic League, who argue that prosperity can only come from individual governments’ fiscal rectitude.

The conversation is however slowly evolving in Germany, in light of the country’s new economic problems. Berlins’ refusal to consider a euro-wide deposit guarantee scheme for bank depositors, for example, may mollify due to the current struggles of Deutsche Bank, the country’s largest lender.

Things may evolve in the next few years. But in the short term, the concern of European policy makers and central bankers is that Germany would only move too late, and too little, in throwing its fiscal weight at the economic slump.