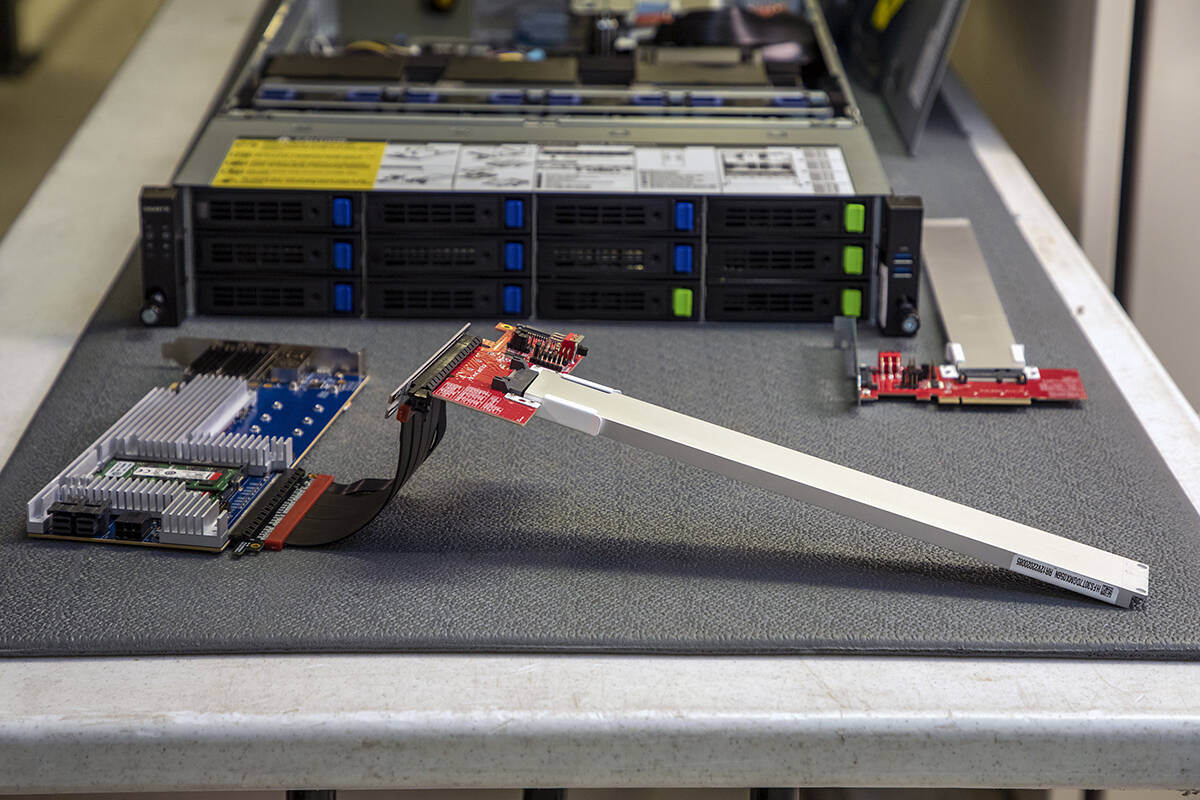 SK hynix is developing a computational storage device with the US Los Alamos National Laboratory (LANL) that will focus on accelerating indexing capabilities to speed analysis of massive volumes of data.

The memory and storage chipmaker, which last year picked up Intel's NAND flash and solid-state drive businesses, said it is to demonstrate what it describes as the world's first ordered Key Value Store Computational Storage Device (KV-CSD). This demonstration is understood to be happening at the Flash Memory Summit next week.

Computational storage focuses on processing large volumes of data as close as possible to where that data is stored, rather than wasting time shuffling it around. Perhaps the most common implementation of a computational storage device (CSD) is an SSD where processing capability, in the shape of a CPU or FPGA, is embedded into the drive controller so it can directly access data stored in the NAND flash chips.

SK hynix said its researchers have shown it is possible to push the indexing capability into its KV-CSD prototype, and this is claimed to speed up some of LANL’s applications for analyzing simulation data by as much as a thousand times.

The reason for this is that LANL is moving its large-scale simulation input-output (I/O) from files to record- and column-based formats, so that analytics can be performed using standard tools from the big data analytics community.

Embedding indexing capabilities into the storage devices themselves means that the data can be indexed as it is being written, saving “orders of magnitude” of data movement when it comes to retrieving it for analysis, according to LANL.

One of LANL’s missions is designing and maintaining the US nuclear stockpile, which involves some extremely complex simulations.

“Demonstrations like this show it is possible to build an ordered KV-CSD that moves the ordering and indexing of data as close to the storage device as possible, maximizing the wins on retrieval from on-the-fly indexing as data is written to the storage. The ordering capability enables range queries that are particularly useful in computational science applications as well as point queries that key value storage is known for,” Grider said.

Los Alamos National Laboratory and SK hynix have signed a memorandum of understanding with regard to the design, implementation and evaluation of the KV-CSD. We asked whether this MoU will allow SK hynix to manufacture and market the device to other buyers once it has been successfully deployed at LANL, and will update this article if we get a response. ®

For those that just can't wait for AV1 encoding Intel unveiled its answer to the AMD's FirePro and what used to be Nvid...

Qualcomm, GlobalFoundries Double Down On US Chip Production

The line for chip subsidies and tax breaks is getting longer by the minute Qualcomm says it is doubling investments in ...

Software defined storage is driving a revolution, and dragging traditional hardware along with it Webinar  Storage arc...

How TSMC Killed 450mm Wafers For Fear Of Intel, Samsung

You can be a big fish in a big ocean or a small fish in a tiny pond with two leviathans.. how times changed A former TS...