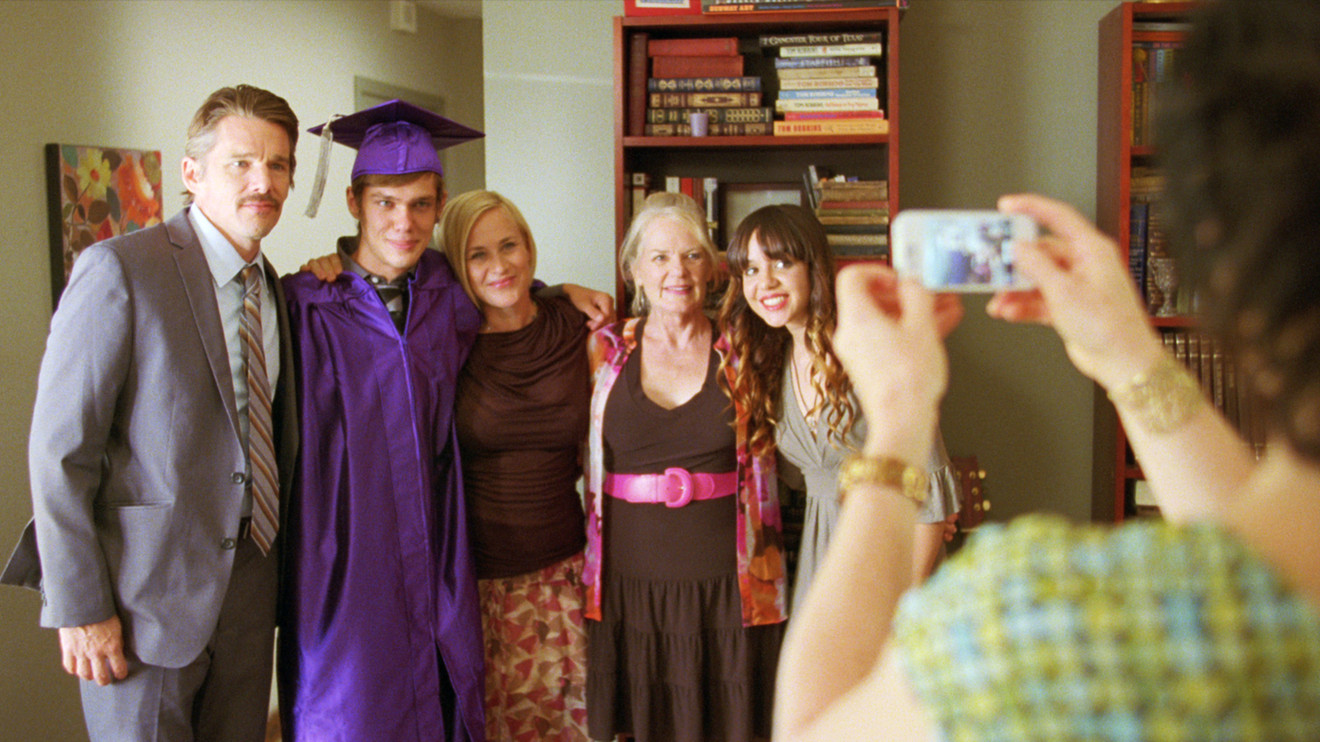 You’ve seen the frightening student loan statistics, such as the $1.5 trillion in outstanding debt they now represent. And if you’re a parent of a teenager or 20-something, you’ve probably lived them. (A recent Bloomberg Businessweek report said some recent college grads have so much debt and are chipping away at it so slowly, some won’t escape it until they’re dead.) But Caitlin Zaloom, author of the disturbing new book, “Indebted: How Families Make College Work at Any Cost,” says student debt isn’t just taking a financial toll on parents and young adults. She says it’s taking an emotional toll, too.

“In many ways, this emotional part is at the heart of it,” Zaloom, an associate professor of social and cultural analysis at New York University, told me. “Parents want their children to do well and they’re often silent about their own financial situations in order to try to create a situation for their children to go off into their lives without the burden of the parents’ compromised finances.”

The anxiety that student loans impose on families

So, she added, “education imposes anxiety on families at the same time it’s supposed to be increasing independence and freedom of young adults.”

Zaloom, an economic anthropologist and mother of two youngsters, came to that conclusion after conducting 160 interviews with middle-class parents and their children who were college students or recent grads.

Zaloom’s research for “Indebted” also led her to believe that there are major problems in what she calls the “student finance complex” — the financial aid system run by the U.S. government, colleges and financial institutions. Zaloom has a few ideas on how to change the system to help families deal with paying for what is often the second biggest expense of their lives: college.

Highlights from my conversation with Caitlin Zaloom:

Next Avenue: What made you interested in researching college costs and the effect on families?

Caitlin Zaloom: My students brought it to me. One day I got a knock on my door and saw one of my favorite students in tears. She said she was about to graduate with tens of thousands of dollars in debt and was offered a job to help pay back the student loans, but she said it undermined what she saw herself doing.

It became clear to me that the most important research project I could do concerned the lives of my students. I hadn’t seen anything that had looked at how families were responding to the pressures the high cost of college placed on them and on their relationships. I wanted to do a study to help get inside what that experience was like.

And I wanted to look at the middle class, since they are the ones who have to rely on loans to make it work. They make too much to get government grants and don’t have enough to pay tuition in cash. So, they’re thrust into the student finance complex.

What would you say is the chief conclusion you came to after talking to all those parents and their kids, and researching the financial aid system?

The main takeaway, I’d say, is that middle-class life is largely organized around this problem of paying for college. It enters into parents’ minds early on, sometimes when the kids are less than a year old. And it organizes their financial goals. Parents want their children to do well and today, more than ever, college is essential to achieving that goal.

You say that the college aid system has introduced difficult moral conflicts for parents. How?

Families today get conflicting messages. On the one hand, they’re told they have to evaluate whether a college their child wants to go to is worth the money and that they should be able to meet the cost of education entirely on their own, through income and savings; and if that doesn’t cut it, then with loans. On the other hand, they’re told that as parents they should do everything they can to support their children and open up opportunities for them, and that means spending money. So that means putting their children first, before their own lives, regardless of cost.

So they’re being told to economize, and also that the message of parenting is to spend money on their children. That’s a conflict that every middle-class parent I spoke with feels.

And you say middle class families are encouraged, if not required, to engage in social speculation. What’s that?

I mean that parents and students are being asked to put down a lot of money on the idea that it will pay off sometime in the future. But they don’t know how it will pay off and can’t see what the future looks like. For the parents, it means putting down money now and drawing from it often — funds that might otherwise go to their retirement. So it’s creating incredible uncertainty for the parents’ futures.

How has the college financing system changed to get to this point?

There was a significant change in political philosophy in the 1980s when Reagan’s budget director David Stockman said that if people want to go to college, it was their responsibility to pay for it. From that moment on, college costs began to rise and loans became more available and prevalent.

So, in the 1980s and ’90s, higher education began to be considered to be a private benefit and an asset, like a mortgage. That political philosophy has gotten us into the mess we’re in now.

One big thorn in the system is the Expected Family Contribution amount for financial aid. Can you explain what that is and the problems families have with it?

It’s the cornerstone of the financial aid system. The idea is that the federal government calculates how much the family can afford to pay for college. But it does that through a formula that many families believe to be unrealistic.

For instance, if there’s a grandparent who relies on the family’s assistance, that responsibility is not part of the calculation.

Read: 4 colleges where you can work for your tuition

The government draws a tight circle around the nuclear family and not how many Americans live today. Families I interviewed often thought they were being asked to pay far more than their budgets could afford.

For divorced families, there can be very big trouble because parents need to communicate with each other about money in order to fill out the forms.

You’re not against student loans altogether. You just say that the current system does far more harm than necessary and introduces too many difficult tensions into family life. What do you mean?

Our loan-repayment system is shockingly punishing. The interest rate is high, and we ask graduates to pay back the loans in the most vulnerable decade of their lives. There’s a very high default rate on student loans.

You found that the parents and kids you interviewed hadn’t talked together very much about the cost of college and the family’s ability to pay for certain schools. You call this ‘nested silences.’

We know that American families don’t like to talk to outsiders about their money. But there’s also a real divide between the generations; parents don’t like to talk to their children about money either. That silence can mask the parents’ shame of not making enough money or as much money as they would have expected. It might mask the other debt that parents carry.

You wrote about an Obama administration change in college aid that inadvertently made it more difficult for many black parents to qualify for PLUS loans. Can you explain why, and what the effect was?

PLUS loans are loans from the federal government available to parents, up to the cost of attendance. We know that African-Americans have been systematically underpaid and denied access to the kind of wealth-building strategies of white Americans, which has compromised their credit scores. That’s made it difficult for them to access loans from private lenders, so they’ve been more likely to take these PLUS loans.

During the Obama administration, the Department of Education abruptly changed the formula for parents and that inadvertently ended up throwing hundreds of thousands of students against the ropes. When the rules changed, it meant families with worse credit than others were ejected from the program, even those who had qualified the year before.

And the Obama administration also fixed this problem?

They changed the rules and tried to ameliorate the problem, but they didn’t go back to the way the rules were before.

Can you talk about one or two of the families you spoke to and your takeaways from them?

One important point [from my research] is that even families who look like they’re in great shape financially often have much more complicated financial histories than you’d think. And that makes paying for college harder than it might appear on the surface.

Read next: Where the 2020 candidates stand on student debt and college affordability

The Kaminsky family [a pseudonym to protect their privacy], for a long time had careers where they didn’t have the kind of stability they have today. And the parents had responsibilities for taking care of the grandparents; that didn’t show up on their application for federal student aid. The cost of sending their boys to college really drained their savings and took a huge bite out of their budget.

At the end of the book you say it’s time to negotiate the terms for government programs and the student finance complex. You say we need a new system that supports families and creates more opportunity. How could that be done?

We need to fund the public higher education system so it’s free or has very low-cost tuition, to alleviate the pressure on families to raise and launch their kids. We haven’t really done that. For the last several decades, state legislatures have been slashing budgets for public colleges and universities.

We have student-loan repayment programs that are tied to the borrower’s income after graduating. What’s wrong with them?

All of the government’s repayment programs are really a mess. They are very complicated and confusing. For instance, very few graduates are able to enter the public-service loan-forgiveness program successfully and repay the loans.

You and your husband have two children who are five and eight years away from college. How has your research affected the way you’re paying for college?

It’s an interesting question. As you might imagine, I spend a lot of time thinking about money. We had our system set up already, but there’s one commonality between our situation and the families I spoke with: It will take multiple generations to send our kids to college. We are lucky to have grandparents who are willing and able to contribute. It is a full family effort.