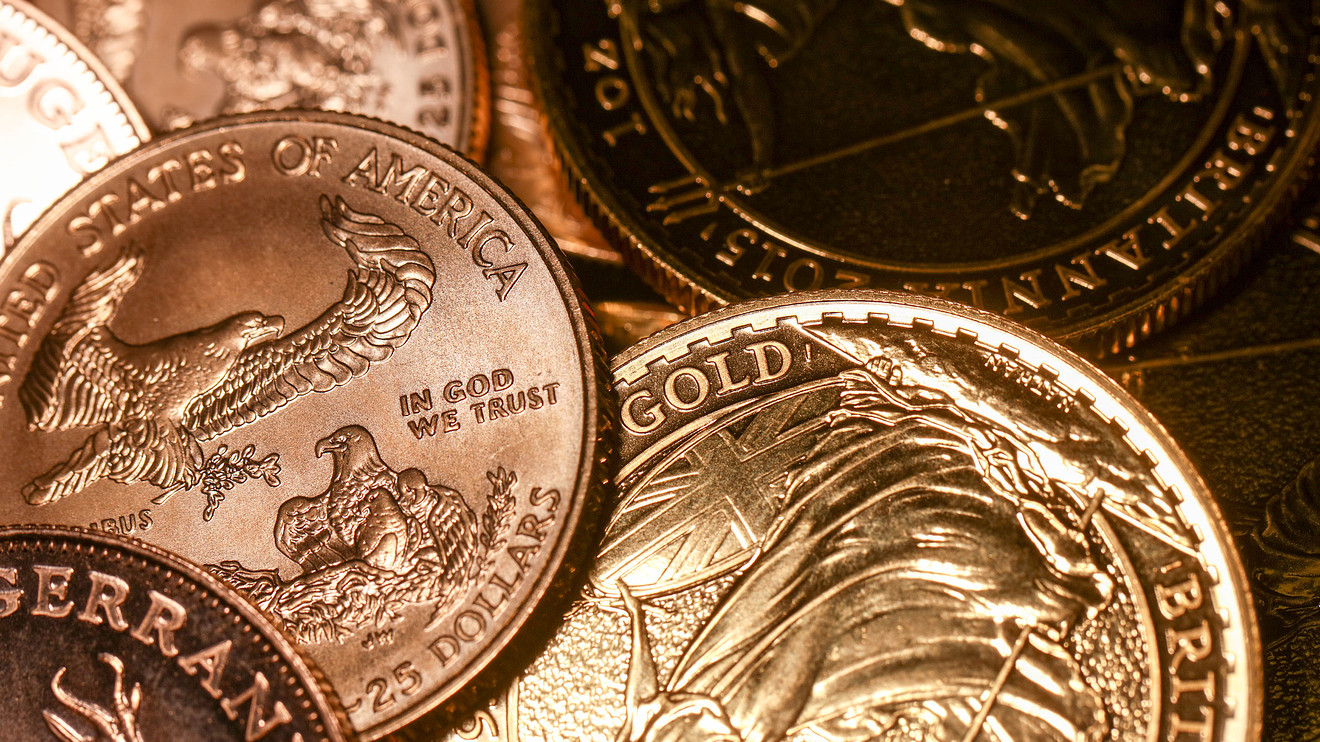 Gold futures rallied on Friday after China announced a round of retaliatory tariffs against U.S. products, prompting the precious metal to move up for the week and post a fourth consecutive weekly climb.

China said it was preparing to raise tariffs in two batches on $75 billion in U.S. imports on Sept. 1 and Dec. 15, which would coincide with the dates that Washington is slated to increase import duties on some $300 billion of Beijing goods. President Donald Trump responded with a series of tweets, in which he said he “hereby ordered” U.S. companies to begin looking for alternatives to China and said further measures would be announced later.

The escalating trade war “helps to play into placing more pressures on the [Federal Reserve] to be more accommodative and easy during the growing rise in trade wars in the coming months, so gold will benefit from this into next week,” Peter Spina, president and chief executive of GoldSeek.com, told MarketWatch.

Comments from Fed Chairman Jerome Powell at the Jackson Hole Wyoming, economic policy symposium, meanwhile, sounded “accommodative to easier monetary policies” going forward, and lower interest rates would be bullish for gold, said Spina. “When and how fast still seems unclear so the market may no respond too bullishly just yet.”

Still, “it is becoming more clear that with the tariff/trade war escalation[ and] monetary devaluations globally with a global slowdown, they are being forced to be more accommodative going forward,” he said.

The apparent escalation of the tariff battle squelched risk appetite and overshadowed bullish comments from St. Louis Federal Reserve President James Bullard who said that further insurance cuts are needed to combat economic weakness outside of the U.S.

Chintan Karnani, chief market analyst at Insignia Consultants, told MarketWatch that yields could be a big catalyst for gold in this environment. “If bond yields [do] not rise and/or remains near zero, then gold prices will rise to $1,528 and $1,542,” he said.

A turn lower in equities and the dollar also helped buttress gold prices. The ICE U.S. Dollar Index DXY, -0.55%, a measure of the dollar against six major currencies, was down 0.5% as gold future settled Friday. A weaker dollar can boost demand for commodities priced in the currency.

Powell, meanwhile, in his speech at Jackson Hole, said he and his colleagues were trying to assess “this complex, turbulent picture” that has emerged in August, and that “our challenge now is to do what monetary policy can do to sustain the expansion”

The Fed lowered its benchmark rate to a range between 2% and 2.25% back in July and has another policy decision on Sept. 18, with market expectations running high that another quarter-of-percentage point cut will be delivered amid signs of weakness in the U.S. economy, a slide in bond rates and an inversion of the closely watched spread between the 10-year U.S. Treasury and the 2-year Treasury note TMUBMUSD02Y, -6.38%. An inversion of the yield-curve of that spread occurred earlier this week; the phenomenon has been an accurate predictor of recessions.

“Gold is likely to be most volatile during FOMC meetings and days (like today) when we receive a barrage of tweets from President [Donald] Trump and headlines concerning global trade,” said Matthew Miller, equity analyst at CFRA Research. “The news regarding China’s trade retaliation and [Trump’s] multiple tweets attacking the Federal Reserve are overshadowing” the Jackson Hole gathering, he said.

Copper prices may retreat as risk appetite wanes after a disappointing session in Wall Street trade and formidable geopo...

Heads Up: BOE Governor Bailey Scheduled To Speak Later In The Day

BOE governor, Andrew Bailey, will be making two appearances today 1300 GMT - Bailey to take part in a 'Speakers for Scho...

The two narratives driving the market  You may be finding trading frustrating right now, especially if you are active f...

Asian equities buoyed to kick start the new week The positive spillovers from US trading at the end of last week is help...