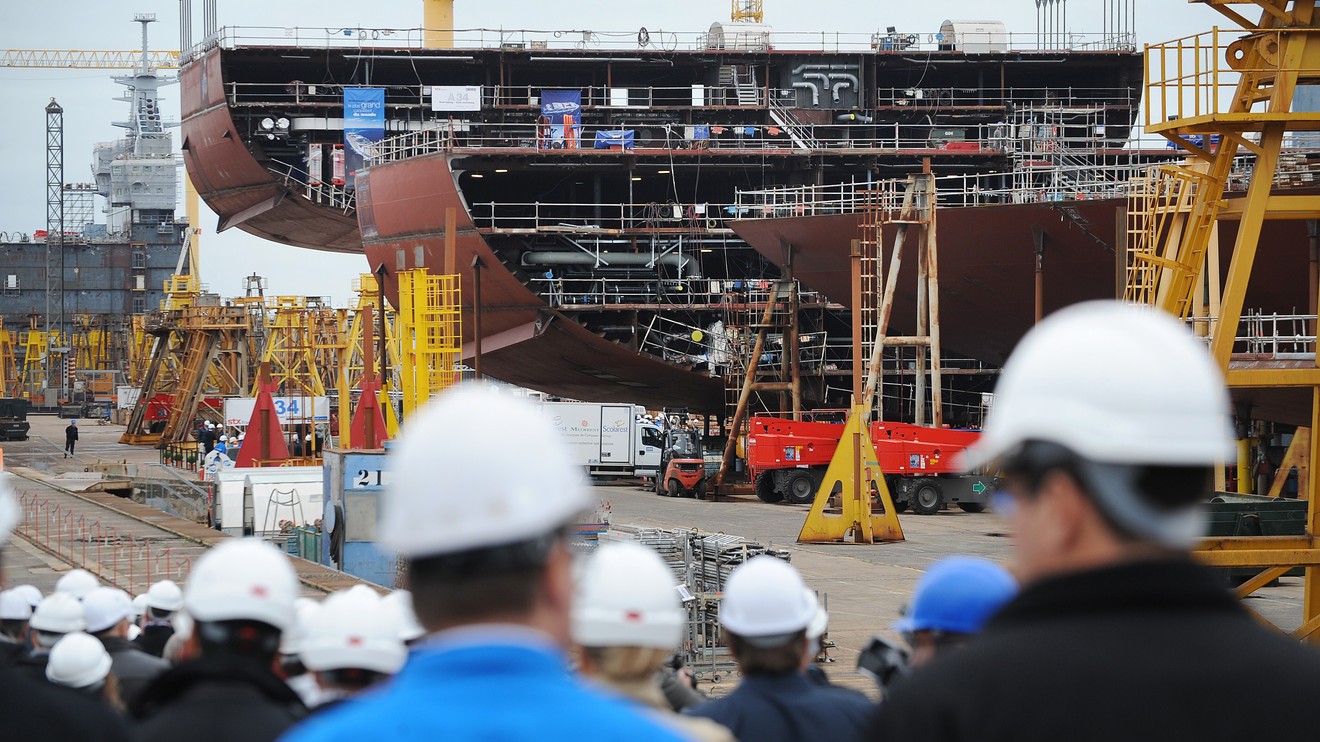 Are U.S. stock-market investors pinning their hopes on a factor that may ultimately have a limited impact on price moves?

Ever since the passage of corporate tax cuts enacted at the end of 2017, proponents of the law have argued that it would lead to a surge in business spending on things like capital expenditures, which in turn would further support a market that had been trading at record levels. Some six months later, plans for such spending have indeed started to accelerate dramatically, but investors are increasingly dubious over the impact it will have on a market that has made little progress over where it ended 2017.

Read: Here’s what tax reform, so far, has meant for the stock market and the economy

According to Michael Wilson, chief U.S. equity strategist at Morgan Stanley, the first-quarter reporting season “offered proof of investment plans being put into action.” Components of the S&P 500 SPX, -1.70%  increased their capex by about 19% over the previous year, “a meaningful acceleration from the growth seen in 2017,” and the highest quarterly rate in years. He added that forward estimates for the next 12 months (NTM) accelerated as well, coming in at their fastest pace since 2014.

To a certain extent, the recent surge is a reflection of how capex has otherwise been lagging since the economy exited the last recession. Thus far this cycle, there has only been capex growth of 15%, according to a wealth management arm of Blackstone Group L.P. BX, -1.84% Blackstone Private Wealth Solutions. Historically, growth hits 59% at this point in a bull-market cycle. The market is in roughly the ninth year of a bull market.

“Perhaps it was short-term thinking or overcapacity from the days before the great recession, but the conclusion was the same: companies underinvested,” wrote Joe Zidle, an investment strategist at Blackstone. However, now “that trend looks about to shift.”

The implications this could have on the economy could be significant, in his view: “Spending on property, plant and equipment could be a key driver of growth for the next leg of this cycle, perhaps contributing to the strongest economic growth seen yet.”

Whether that economic growth translates to stock-market gains, however, remains to be seen. So far, the results have been mixed.

According to data from Goldman Sachs Group Inc. GS, -2.08% a basket of stocks with high levels of capex and research and development spending has underperformed the market thus far this year. This basket, as of data from earlier this month, is up about 2%, or less than half the gain of the S&P 500 overall. Shareholder-return baskets, comprised of companies that either increased their dividends, their stock-buyback programs, or both, did better than capex companies.

Wilson said the trend of relative outperformance by lower spenders “is still modest and we are in the early innings, but at least for now, the equity market does not seem particularly bullish on the incremental returns on capital from the increased capex.” This is hardly a new trend; with the exception of 2017, companies spending more on capex have been “punished” fairly consistently since 2012.

“The rapid move higher in capex and capex expectations is a double-edged sword,” Wilson wrote. “On the one hand, increased capex might drive increased productivity, allowing companies to retain high margins and produce attractive returns on investment. On the other, synchronized, accelerating investment may raise costs and crimp free cash flow (rising productivity isn’t a given and may occur on a delayed basis following investment) or lower incremental investment on return projects as companies may be forced to spend to keep pace with peers.”

Another factor that could limit how much impact markets see from capex is the fact that the actual capex spending has been highly concentrated within just a few sectors, and in some cases, just a couple of companies. In other words, even if those companies were to see a boost from increased investments, that may not translate to the broader market.

Morgan Stanley recently calculated that the jump in capex was driven by the technology and consumer-discretionary sectors, both of which made up 17% of the total capex spending in the S&P 500. Close behind were energy and utilities, both of which accounted for 14%.

Furthermore, tech alone was responsible for 39% of the total capex spending growth from the prior year, with discretionary stocks adding 18% to growth. However, discretionary capex was largely related to just one company, Royal Caribbean Cruises Ltd. RCL, -5.12% which took delivery on a new ship in the quarter and had “the corresponding capital expense associated with a floating skyscraper,” as the investment bank put it.

Another variable that could offset any capex tailwinds is the prospect of a trade war, something that has been consistently pressuring the Dow Jones Industrial Average DJIA, -1.62%  throughout June. The blue-chip average has an outsize exposure to the kind of multinational and industrial stocks that could see the most risk from escalating trade issues.

LPL Financial recently said “industrials are the most straightforward play on capital spending,” but that the sector has seen the greatest negative impact from an escalation in tensions and uncertainty related to trade policy. The Industrial Select Sector SPDR ETF XLI, -1.35%  is down 5.3% over the past month; the S&P is down about 0.2% over the same period.

John Lynch, LPL’s chief investment strategist, wrote that “we think the sector has an opportunity to play catch-up,” although “all bets are off should this trade ‘spat’ escalate into something much bigger.”

The yields spread between Italy and German 10-year bonds have narrowed to 200 bps, the lowest since 9 April See here for...

UK's Gove: We Will Meet The Testing And Tracing Target Set For 1 June

UK Cabinet minister, Michael Gove, remarks - The tracing app is just one component - It could be hard to return to stand...

Defense as attack, via Bloomberg   It was the US Senate bill that How will sectors perform? Travel, leisure, banks and...

The Nikkei breaks above its 100-day moving average The close in the Nikkei is the highest since 5 March, with gains of 2...

Daily thread to exchange ideas and to share your thoughts That is helping to see the dollar and yen weaker to start th...

US futures are up by nearly 2% on the day See here for global coronavirus case data The power of cheap money continues t...