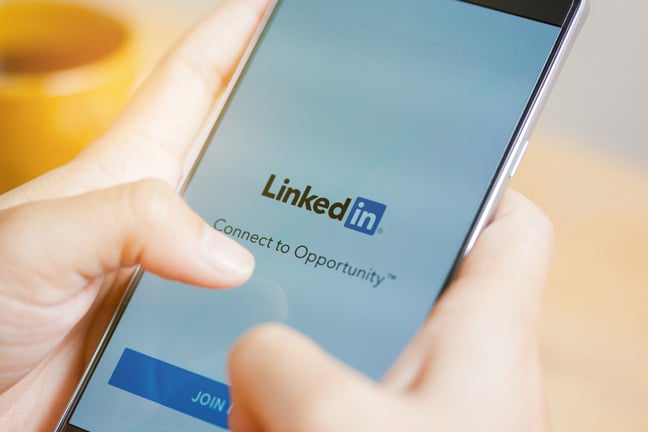 A study of 20 million LinkedIn users over five years has raised a few eyebrows as it involved quietly analyzing people's connection suggestions to see how that would reflect in their career paths.

The experiment, the results of which were published in Science this month, sought to determine whether acquaintances on LinkedIn, described as "weak ties," or immediate colleagues and friends, known as "strong ties", were best at helping people land new opportunities.

For those who assumed strong ties would be the best people to sort you out with your next gig, the study revealed the opposite was true.

"The authors show that the weakest ties had the greatest impact on job mobility, whereas the strongest ties had the least," the paper's abstract read. "Together, these results help to resolve the apparent 'paradox of weak ties' and provide evidence of the strength of weak ties theory."

Researchers at LinkedIn, Harvard Business School, and MIT ran multiple large-scale randomized experiments using the social-network-for-thinkfluencers' People You May Know feature. This part of the website and app highlights profiles a user may find useful given their common interests and backgrounds, and suggests you and they connect. Once connected, you can message each other, look up how you're doing professionally, follow each others' posts, recommend jobs to each other, and so on.

The experiment involved analyzing two billion connections formed between more than 20 million users over a five-year period, and how those connections steered the acceptance of 600,000 new jobs.

Crucially, for this test, LinkedIn would tweak the People You May Know algorithm at times to randomly vary, for some users, the composition of strong and weak connection recommendations, allowing the researchers to test and measure how that affected subsequent job changes. Think of it as an A/B test. Some users were shown situation A, some B, generating a lot of data that together points to whether close or loose connections matter most for jobseekers.

"Moderately weak ties are the best," Sinan Aral, a management professor at MIT and co-author of a new paper, previously said in a statement. "Not the weakest, but slightly stronger than the weakest."

The positive effect of weak ties on job hunting dwindles once a user shares more than ten mutual connections with another user, we're told. "If you share more than [10 mutual connections] with someone on LinkedIn, the usefulness of your connection to the other person, in job-hunting terms, diminishes," the MIT team noted.

On the one hand, LinkedIn's study would appear to encourage you to make lots of friends-of-friends connections – useful for growing a social network – though on the other hand, the usefulness of a connection, in this jobs context, goes down if you're over-connected to people.

The Only Way Is Ethics

The study is now drawing attention for reasons other than this conclusion. LinkedIn has been criticized for not informing users about the experiment.

Michael Zimmer, an associate professor of computer science and the director of the Center for Data, Ethics and Society at Marquette University, told the New York Times: "The findings suggest that some users had better access to job opportunities or a meaningful difference in access to job opportunities. These are the kind of long-term consequences that need to be contemplated when we think of the ethics of engaging in this kind of big data research."

But the study's author disagreed that anyone was screwed over.

Karthik Rajkumar, an applied research scientist at LinkedIn and co-author of the study, said "no one was put at a disadvantage to find a job." MIT's Aral added that the purpose of the research was to develop a better algorithm to help people find jobs.

"To do an experiment on 20 million people and to then roll out a better algorithm for everyone's jobs prospects as a result of the knowledge that you learn from that is what they are trying to do, rather than anointing some people to have social mobility and others to not."

Also, we note that LinkedIn's privacy policy states: "We use data, including public feedback, to conduct research and development for our services in order to provide you and others with a better, more intuitive and personalized experience, drive membership growth and engagement on our Services, and help connect professionals to each other and to economic opportunity."

Ie, you opted in to this, by handing over all that data to Microsoft's LinkedIn.

Tech companies often run these so-called A/B tests to find ways of boosting engagement for products and services: some people get sight of version A, some B, and then whichever was most popular can be identified and used from there on. Some publications – not us – publish A/B headlines, and settle on the most-clicked-on titles after a few minutes.

It was pointed out that the New York Times runs A/B tests, on headlines and services, to analyze user behavior without obtaining explicit permission.