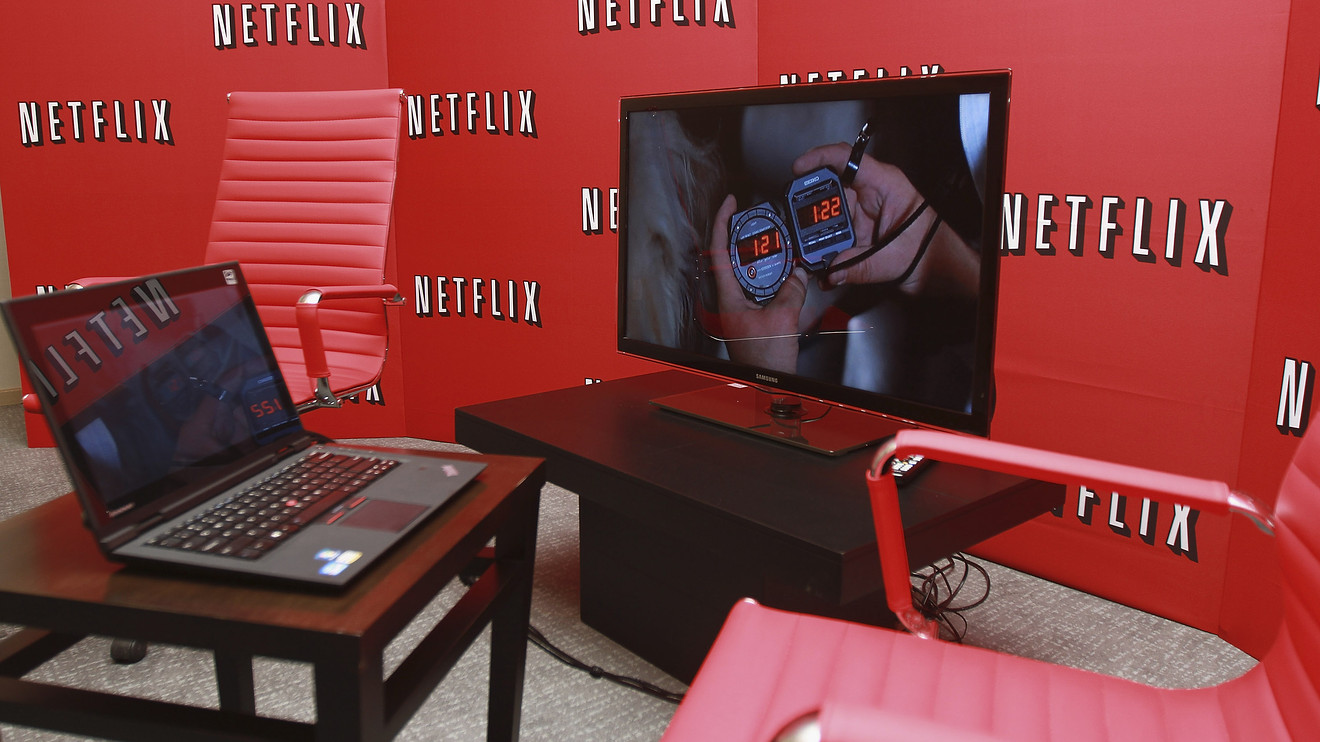 Given the run for many stocks in 2019, it’s no wonder that “risk-on” names in technology are getting plenty of consideration. But as Netflix approaches a make-it-or-break it earnings report next week, the streaming video giant is at the center of attention.

Investors are on the edge of their movie seats to see if the turnaround for shares of Netflix NFLX, -4.49%   is real. In the second half of 2018, the company saw its stock slump from more than $400 in June to a low of under $250 a share just before Christmas, due to disappointing earnings guidance in July and lingering negativity through year-end. Yet after a powerful fourth-quarter earnings report in January where Netflix posted 8.8 million new subscribers, the stock has delivered year-to-date returns of about 37% compared with about 15% or so for the S&P 500 SPX, +0.66%  .

So which Netflix will we see when the tech icon reports earnings on April 16? Will it be a stock on the upswing, or will investors consider the January numbers an outlier that can’t offset longer-term challenges?

In advance of this crucial earnings report, here are the five biggest questions Netflix needs to answer.

1. How were price hikes received?

In January, Netflix rolled out a price increase, announcing plans to charge $2 a month extra for its most popular plan. That’s still just $13 each billing cycle, but adds up to an 18% increase in percentage terms — a potentially significant boost to the company’s profitability in the U.S.

The company claims it will use that cash to pay down debt from its initial investments in content over the last few years, and to finance additional original programming. But the million-dollar question for investors is whether the small increase in prices will lead to any backlash from subscribers.

For those with short memories, Netflix actually offered streaming for a mere $7.99 per month back in 2014. But over the past five years a series of price increases has driven the streaming service up significantly without any apparent headwinds to growth; domestic streaming subscribers have soared from under 45 million at the end of 2015 to more than 58 million at the end of 2018. These numbers seem to hint that existing customers are sticky, and new ones are still interested, so there may be hope for investors this time around to expect this latest increase to go off without a hitch.

2. Is competition taking its toll on growth?

Of course, back in 2014 there were fewer options for streaming. Now, everyone is in on the content game — from obvious competitor Amazon.com AMZN, -0.05%   with its Prime Instant Video, to smaller and more specialized content providers including HBO Now, which is now owned by AT&T T, +0.00%  after its 2018 purchase of Time Warner.

Perhaps most importantly, there's also the looming entrance of Walt Disney Co. DIS, +11.54%   into the streaming space with a much-anticipated, over-the-top service later this year. Already we are seeing content roll off of Netflix as the duo's partnership winds down, including Marvel titles as well as Disney originals including Moana, which left Netflix at the end of 2018. Analysts on next week’s earnings call are sure to ask about all this, and how Netflix is preparing for a Disney-less future.

Even if Netflix can generate more cash to refill its content well, the fact remains that there are many other options out there and it will be important for Netflix to show it can still connect with customers this quarter — and project confidence it has what it takes to stay a top streaming option for years to come.

3. What programming is in the works?

We already have a glimpse at some up-and-coming originals, such as the planned May release of “Wine Country,” a comedy starring “Saturday Night Live” alums Maya Rudolph, Tina Fey, and Amy Poehler, and the highly anticipated third season of spooky hit “Stranger Things” later this year. But on the content front, investors will likely be looking for signs of more than just documentaries and live comedy shows on the horizon.

After all, part of the reason Netflix stock gathered such momentum in the last few years was the success of originals, such as the 2013 debut season of “House of Cards,” that became big pop culture hits and elevated the brand. But while video is obviously a matter of taste, it's hard to find much after 2016's “Stranger Things” and “The Crown,” which really connected with a broad audience.

Some argue that the future of Netflix may be in targeted programming serving multiple niches instead of the masses — smaller projects that are hits for families with kids alongside separate programs that connect with, say, anime geeks or nature lovers, without content strategies overlapping much. But when you are expecting a monthly commitment from subscribers, it’s hard to keep all those categories fresh — and some investors are increasingly looking for another "tent pole" series to ensure the brand stays connected with viewers.

It’s quite an understatement to say that Wall Street has been a believer in Netflix stock over the past few years. But 2019 has been particularly noteworthy for the optimism for Netflix, with a rash of new price targets after January earnings that raised the bar. Just a selection of the bullish forecasts immediately after January earnings include Bernstein ranking the stock as “outperform” with a target of $451, Raymond James ranked the shares a “strong buy” with a target of $470, and RBC puts the stock at “outperform” with a new target of $480.

Of course, those targets all came out in January. More recently, smaller shop Rosenblatt put a comparatively bleak $350 target on the shares just last week with a “hold” rating, warning that Netlfix shares are “priced to perfection.”

Momentum stocks like this are as much a play on sentiment as they are a play on hard growth numbers. After a spate of bullish forecasts last quarter, it will be crucial for Netflix stock to see sustained optimism after this important first-quarter report.

5. When will the international business deliver?

Those who tend to be bearish on Netflix often point to its cash burn and the relative unprofitability of its international business. After all, the bulk of growth is coming overseas (7.3 million out of last quarter’s additional 8.8 million paid subscribers were international customers) and in the fourth-quarter of 2018 the margin from Netflix’s global segment was a measly 3.9% vs. 29.6% for its domestic subscriber base.

Longer term margins are admittedly a bit better, but not by much at 8.5% internationally for the full fiscal year of 2018. Considering how much to-do was made about growth last quarter, it’s worth wondering if Netflix simply brought on a bunch of unprofitable customers at cost yet again.

To some investors, this debate is wasted breath. Leaders in tech from Amazon to ride-sharing unicorn Uber all have had no problem seeing their value soar thanks to scale alone. But to others, it is important to at least see progress on profitability — or at worst, see Netflix continue to grow impressively in scale abroad in the near-term to set the stage for long-term overseas earnings.

The New Zealand Dollar extended its rally after a bright day on Wall Street after release of better-than-expected local ...

Economic Data Coming Up In The European Session

Little on the agenda in the session ahead Major currencies are keeping in tighter ranges after a bit of a back and forth...

Heads Up: RBA August Monetary Policy Decision Due At The Bottom Of The Hour

A non-event is expected but the bias may be skewed towards the downside The RBA isn't going to change anything in terms ...

Forex news for Asia trading Tuesday 4 August 2020  t was less eventful than Monday here in Asia FX trade with only a ...

The 3 Primary Drivers Of The Higher Gold Price

A snippet from a note via Citi on the primary driver for the higher gold price: - The record pace of ETF investor inflow...