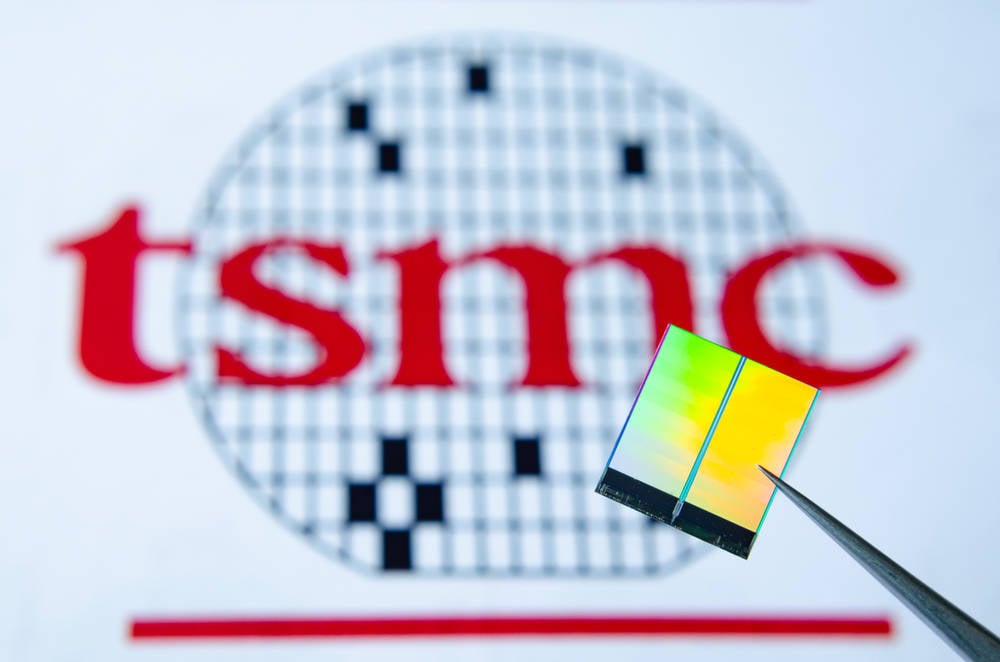 A former TSMC executive has described how a collaborative effort towards 450mm (18-inch) wafers for manufacturing chips was halted when the company realized it would put them in direct competition with Intel and Samsung.

Chiang Shang-Yi, former co-chief operating officer of TSMC, is credited with expanding its R&D organization and helping it become one of the most successful semiconductor manufacturers in the world.

He was interviewed earlier this year by the Computer History Museum (CHM) in California as part of its oral history program to capture the first-hand recollections of computing industry pioneers, and it sheds some interesting light on what really happened to 450mm wafer technology. A transcript is available here.

Currently, the largest wafers used to produce chips at any scale in the semiconductor industry are 300mm (12 inches) in diameter. The diameter has gradually increased over time to improve throughput and reduce the cost of each individual chip as it allows for more to be produced per wafer.

But about a decade ago, there was a concerted effort to develop 450mm wafer technology and bring it to market at scale. As The Register reported in 2012, TSMC announced a five-year project to build a new fab for 450mm production at an estimated cost of $8 billion to $10 billion, and stated at the time that Intel was already committed to 450mm processes, with plans for fabs in Arizona and Oregon.

But the project went back even further, with Intel, Samsung, and TSMC announcing in 2008 that they planned to cooperate with each other and the rest of the semiconductor industry on a transition to producing 450mm wafers.

At that time, Intel said it believed that a migration from 300mm silicon wafers to 450mm would yield more than double the number of chips per wafer.

A group of companies including Intel, TSMC, Samsung, IBM, and GlobalFoundries even formed a partnership called the Global 450mm Consortium (G450C) to develop the fabrication equipment and tooling needed to start manufacturing 450mm wafers, but by 2017, enthusiasm for 450mm had waned and all the big names to date have stuck with 300mm wafers for high-volume cutting-edge products. In the interview, Chiang says that Intel was the primary agent pushing for the move to 450mm wafers because it saw this as another way of getting a market advantage over smaller rivals.

"Going to a bigger wafer, people say it's because of productivity. It's not exactly true. More it's a game. It's a game for the big guy to take advantage on the small guy," Chiang was quoted as saying in the CHM transcript.

"Right now, if you want to go to 18in, the first thing happens is all the equipment vendors, all their new equipment will be 18in. They will not make the most advanced technology on 12in, so the small player who doesn't need 18in, they are automatically out of the competition. They cannot afford it either. So it's a big guy to squeeze a small guy out. That's the number one reason for going to the large wafer."

TSMC had pushed 300mm in the past, and it had worked out well for the company, Chiang went on to say, so it was initially keen to repeat the process, with Morris Chang (TSMC founder and former CEO) producing a roadmap for 450mm at one of the company's investor conferences, and "all of a sudden, the industry became very hot for 450mm wafers."

However, Chiang recounts how he went to Morris Chang's office during 2013 and told him that TSMC should not promote 450mm wafer technology. The reason was that TSMC was happily outcompeting its many smaller rivals on 300mm wafers, but if it went to 450mm, it would find itself up against Intel and Samsung instead.

"In the past, our competitors are UMC, SMIC, and those guys are much smaller than we are. We promote 450mm, we take advantage on them. But right now, we only have two competitors, Intel and Samsung. Both are bigger than we are. So that [wouldn't] help us at all. It actually will hurt us," Chiang said.

The fear was that Intel and Samsung both had more engineers than TSMC, and also greater revenue to play with that would help those two companies invest more into 450mm production than TSMC could. The company would go from being a big fish in the chipmaking ocean to being a small fish in a much smaller pond, facing two giants it couldn't compete against.

"So Morris Chang began to realize that that's not right thing to do now. So he called at least 10 meetings to discuss this topic in the company, and finally, he decided we should not support that," Chiang explained.

But TSMC had to find an excuse, some reason why it wasn't going ahead with 450mm wafer development, so Chang decided that TSMC would declare that its priority would be advanced technology development, not 450m wafers.

According to Chiang, the crunch came at a meeting at the SEMICON West semiconductor conference in 2013, where Intel, Samsung, and TSMC were all in a room with ASML, maker of chip lithography equipment, to discuss 450mm technology.

Bill Holt, head of Intel's Technology and Manufacturing Group, reiterated his company's support for 450mm and said that all the parties present should put investment funding into the development project.

People in the industry have talked about it, of course, and some small-scale 450mm wafer production does exist. But it seems that TSMC threw a spanner in the works of Intel's grand plans for a big collaborative effort to transition to producing chips on 450mm wafers. ®