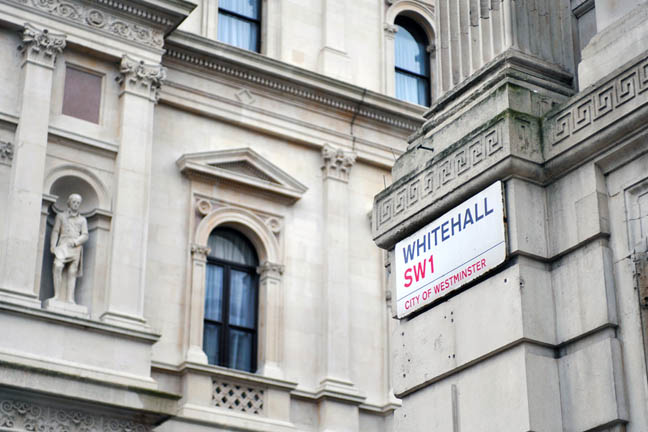 One of the UK's top civil servants has claimed the government is closing the £100 million funding gap created by the Treasury when it offered £300 million for a vital ERP refresh in the November 2021 spending review.

Speaking to MPs, the chief operating officer for the civil service and permanent secretary for the Cabinet Office said departments had initially sought £400 million for the spending review period to March 2025, but the Treasury offer was well short.

Alex Chisholm told the Public Accounts Committee the initial figure was based on "relatively speculative numbers." Work between the Cabinet Office, the Treasury and individual department clusters – groups of departments which are set to commit hundreds of millions in ERP software and service spending in the next five years – reduced those figures.

"We got them in much better shape," he said yesterday. "I think that given the timing differences and the potential from a competitive procurement, we're probably going to be pretty close to what we need in that period. And already those initial business cases have been approved, so there's nothing waiting on approval. All departments are steaming ahead. We're in delivery mode."

In November, an independent spending watchdog said the Treasury had already rejected all three from clusters with a combined value of £759 million because they had not developed "robust cost estimates or to consider fundamental elements of the Shared Services Strategy, including governance arrangements and cluster design."

The money was set to "address the risk that departments could be left with unstable and unsupported systems in the interim." However, access to funding "was contingent on the approval of cluster business cases, which clusters only obtained in autumn 2022," the National Audit Office said.

The disparate projected figures demonstrate the uncertainty surrounding the government's Shared Services Strategy, which is projected to invest £900 million in ERP systems for central government departments. It mainly focuses on Oracle and SAP, but includes Workday, Agresso (now Unit4) and Microsoft. Chisholm said the investment would create around £2 billion in savings compared with departments individually buying new systems.

Since the spending review, the Treasury has also approved £80 million in additional funding for the Synergy group, which is made up of departments dependent on the contract with Shared Services Connected Ltd (SSCL), a joint venture between the Cabinet Office and French supplier Sopra Steria. The government is negotiating to extend this contract before it replaces it in 2025.

Debbie Alder, director general for people, capability and place at the Department for Work and Pensions, denied the Synergy cluster would be held to ransom over the "burning platform" extension.

"They are potentially interested in the bigger prize, which is that in parallel, we are going out to tender for the longer term contracts, and that how we can try and ensure we avoid being held over a barrel," Alder told MPs.

Meanwhile, the Matrix cluster has around £10 million in funding to ensure continuity of solutions through upgrades and extensions.

The introduction of the refreshed Shared Services Strategy in March 2021 disrupted ERP procurement in Whitehall. In March 2021, the Ministry of Justice, for example, stopped its £100 million ERP procurement to get in step with the new strategy. ®