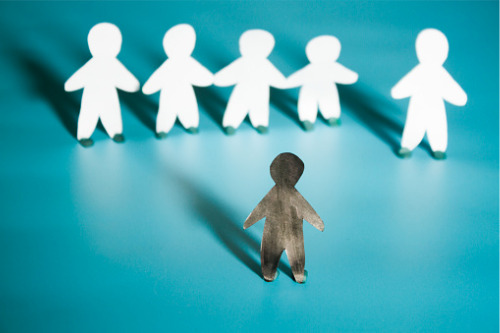 Boldarini says even some brokers and agents miss this gap until a claim is filed and the property owner is left paying large sums out of pocket.

“Owners and landlords often implement rules they believe are best practices but may overlook all Federal Housing Act (FHA) regulations,” he added. “They believe, because it’s their property, they can make the rules, but this isn’t the case; if practices do not go hand in hand with state or federal regulation, it can leave property owners vulnerable.”

This is especially true of small businesses. Large, multi-state property managers have compliance and regulatory teams that help manage this issue, but small companies and individuals are often left to figure these things out on their own.

In one example from a carrier, a Black woman applied for an apartment in a large rental complex. For over a year, she was told no apartments were available. The Fair Housing Justice Center (FHJC) received a complaint from her alleging that her rental application had been denied because of her race. They discovered that only the white testers were being informed of available apartments and filed a federal lawsuit alleging racial discrimination. The settlement included an apartment in the complex for the original applicant, fair housing training, adoption of a fair housing policy, compliance monitoring for four years, and a monetary recovery of $150,000, including $70,000 in damages and two years of free rent for the original applicant. HUD and most state housing departments employ testers that randomly call and visit property managers and complexes to catch latent discrimination.

“Even qualifying based on income can be misconstrued,” said Boldarini. “A denied applicant can still file a claim under discrimination, whether it’s based on religion, ethnicity, sexual orientation and age, to name a few.”

Another growing issue is disability discrimination, in which property owners have overlooked posting proper signage or making their property accessible to persons with disabilities, like ramp access or the bathroom being too small for a wheelchair. Although the owner or landlord may have had no intention to discriminate, Boldarini says it remains a big exposure to claims.

In terms of mitigating risk, he recommends that insureds adopt and adhere to the fair housing policy, ADA regulations, have written anti-discrimination policies, and comply with all mandatory posting required by the federal and state law. Every employee needs to be educated and trained, and proper documentation needs to be kept.

“Any one of these requirements are easily overlooked and puts the insured at risk of being sued,” he said. “Have these conversations with clients, offer strategies to help reduce risk, but warn that regardless of mitigation practices, exposure is hard to avoid, and coverage is key.”

IGI President Delves Into The Opportunities Of A Hard Market

The industry veteran will oversee new business development in Missouri

Market is worth around $1.6 billion