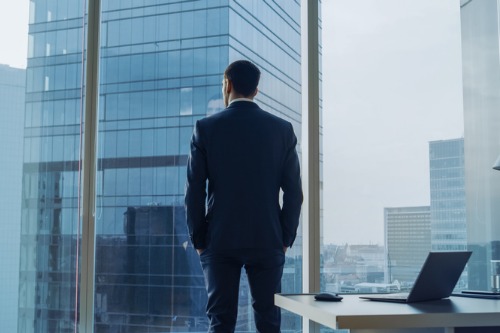 There will soon be a new group chief underwriting officer at reinsurance giant Swiss Re, with the firm also set to close one of its units.

With Edi Schmid stepping down “for personal reasons” and moving into an advisory role, Thierry Leger will move into the role on September 01.

Schmid moves on after being in the role since July 2017. He originally joined Swiss Re back in 1991 and has held a host of important positions during his tenure including as head property & specialty reinsurance, head property & casualty risk, and more.

“On behalf of the board of directors I would like to thank Edi Schmid for his dedication and an enormous contribution to Swiss Re over nearly three decades,” said Swiss Re chairman Walter B Kielholz. “We are grateful that he will continue to share his expertise and knowledge with the group in an advisory capacity.”

Meanwhile, Leger has been heading up the Life Capital Business Unit – a combination of iptiQ, elipsLife and ReAssure. He joined the firm back in 1997 before moving to Swiss Re New Markets in 2001 and being a part of the executive team in France from 2003-2005. In more recent times, he became head of the globals division in 2010, and in 2013 assumed the role of head of life and health products reinsurance. The Life Capital Business unit will be disbanded when ReAssure is sold to Phoenix Group – a move that should be complete by the third quarter of 2020.

“We are pleased that Thierry Léger has accepted this new challenge after achieving many milestones during his time at the Life Capital Business Unit,” added Kielholz. “His expertise in underwriting, technology, data and innovative solutions will be a big asset in furthering the development of Swiss Re’s leading position in underwriting.”

The firm has also made additional changes with elipsLife, which provides life and health solutions to corporate clients, moving to Corporate Solutions from the end of September. Meanwhile, iptiQ, the white labelling digital insurance platform, will become a standalone division reporting to the group CEO with effect from January 01 next year.

“The changes announced today will position Swiss Re well for the next chapter of the group’s strategic development,” said group CEO Christian Mumenthaler. “Having grown dynamically over the past years, iptiQ is on track to becoming a leading player in its field. And being part of Corporate Solutions will open further growth opportunities for elipsLife. In underwriting, we will continue to evolve our capabilities through cutting-edge research, access to more and better data and advanced analytics.”

CEO says the company is bolstered by rate momentum

Total events around the globe exceeds 200

Consumer claims insurer demanded repayment at end of the policy