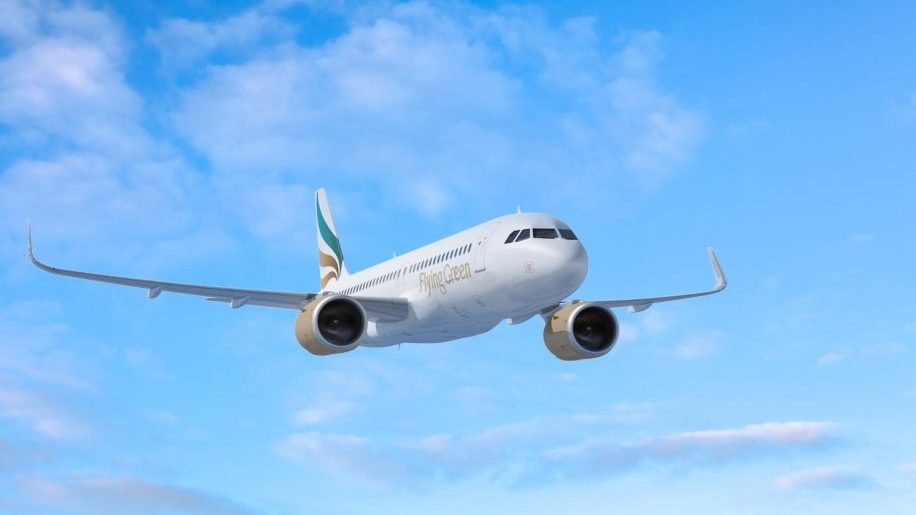 A new “eco-responsible” airline is planning to launch flights from Paris Orly in 2023.

The paper carrier’s website says that it will use at least 5 per cent Sustainable Aviation Fuel (SAF) from the start of operations, with an initial fleet of three A320 neo aircraft.

The company claims that a passenger travelling with Flying Green will reduce their CO2 emissions by 16 per cent on average, although it doesn’t state what this figure is benchmarked against.

Other eco-friendly initiatives will include “zero paper, 100 per cent recyclable waste policies”, as well as “Green operational procedures in flight and on the ground”, and a focus on “eco-responsible partners”. It has also set a bold target of being the first net-zero emissions carrier.

Flying Green is hoping to obtain the necessary licenses and certifications for operation in the second half of 2022, with a target of launching flights in the first half of 2023.

No routes have yet been announced, but the carrier says that it will initially operate out of Paris Orly with a “mainly medium-haul network”.

The plans come at a time when airlines are increasing pressure to reduce their CO2 emissions. Air France operated its first long-haul flight powered by French-produced SAF earlier this year, ahead of legislation which calls for aircraft to use at least one per cent SAF by 2022 for all flights originating in France.

When the French flag carrier was granted billions of Euros in state aid as a result of Covid-19 last year, the bailout came with several conditions including a reduction in its domestic network to make the carrier more environmentally friendly.

This includes a ban on domestic flights that can be covered by train in two and half hours, although as our consumer editor Alex McWhirter explained this does not apply to connecting services.