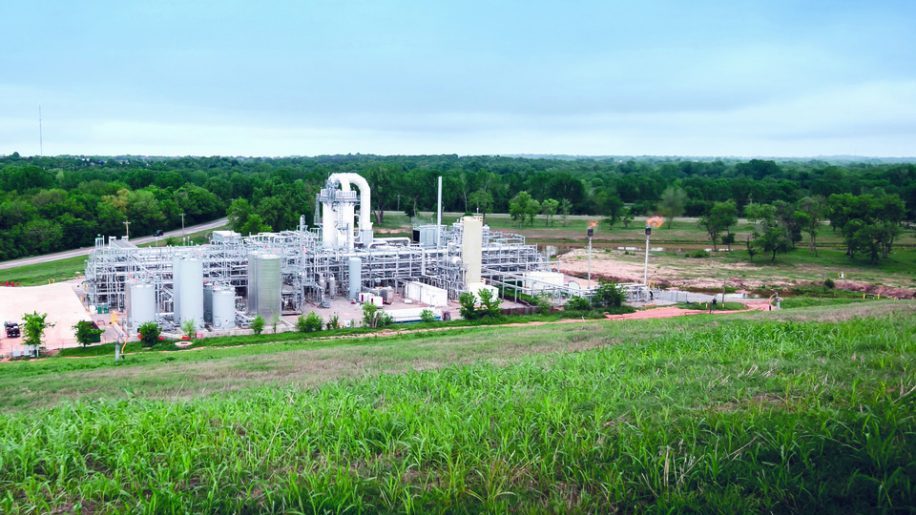 The facility would be in Immingham, North East Lincolnshire, close to the Humber Estuary.

It would be built by Velocys through its subsidiary Altalto Immingham Limited, and capable of taking half a million tonnes of non-recyclable household and commercial solid waste per year and turning it into “sustainable aviation jet fuel”.

British Airways said it would purchase jet fuel produced at the plant for use in its aircraft as part of its target of a 50 per cent reduction in carbon emissions by 2050 from 2005 levels.

The group said it would reduce greenhouse gas emissions by 70 per cent for every tonne of conventional fossil fuel it replaces.

The fuel should also improve air quality by reducing soot and sulphur oxide emissions from engine exhausts, and offer a lower emissions route for processing UK waste than incineration or landfill.

Sustainable jet fuel, also known as biofuel, refers to non-petroleum-based fuels that are resourced “in a manner that avoids depletion of natural resources and mitigates its contribution to climate change,” according to the General Aviation Manufacturers Association (GAMA).

It can be derived from sources including cooking oil, plant oil, municipal waste, industrial off-gas, sugars and agricultural residues, and be processed in various ways, including thermochemical and catalytic production processes.

Biofuels are currently blended with conventional fuels up to the industry-standard limit of 50 per cent, although in practice the blends are significantly less at the moment. GAMA stresses that biofuels can be used through regular supply lines in current aircraft without any alterations.

Burning the fuel still creates emissions, but the result must be a net reduction in CO2 emissions across its life-cycle relative to fossil fuels to be considered sustainable.

There are still relatively few suppliers, and the cost of biofuel is around three times higher than regular fuel.

However numerous airlines are making commitments to its purchase – United has agreed to buy 10 million gallons of biofuel from World Energy over the next two years, while KLM has placed a ten-year order with the Netherlands’ SkyNRG.

Virgin Atlantic is working with LanzaTech to build a large-scale alcohol to jet facility in the UK.

Finnair recently flew from Helsinki to San Francisco and back using a 12 per cent biofuel blend produced from used cooking oil in California.

British Airways also today called for a dedicated Office for Sustainable Aviation Fuels to “provide the co-ordination necessary to progress development in the technology and improve fuel supply and resilience.”

“The submission of the planning application marks a major milestone in this project and we are delighted with the progress being made.

“Sustainable fuels can be a game changer for aviation which will help power our aircraft for years to come.

“This development is an important step in the reduction of our carbon emissions and meeting the industry targets of carbon neutral growth from 2020, and a 50 per cent in CO2 reduction by 2050 from 2005 levels. It also brings the UK another step closer to becoming a global leader in sustainable aviation fuels.”

Jonathon Counsell, head of sustainability at British Airways’ parent company International Airlines Group, said: “This is a fantastic step forward for the project. We strongly welcomed the inclusion of sustainable aviation fuels into the renewable transport fuels policy framework and call on Government to continue to provide support given the significant near-term opportunities offered by these fuels.

“Specifically, we strongly believe a dedicated Office for Sustainable Aviation Fuels (OSAF) will provide the essential cross-government co-ordination necessary to progress the development and commercial deployment of sustainable aviation fuel and would welcome Government support in setting this up at the earliest opportunity.”

Read more about efforts to make aviation more sustainable in our recent feature: