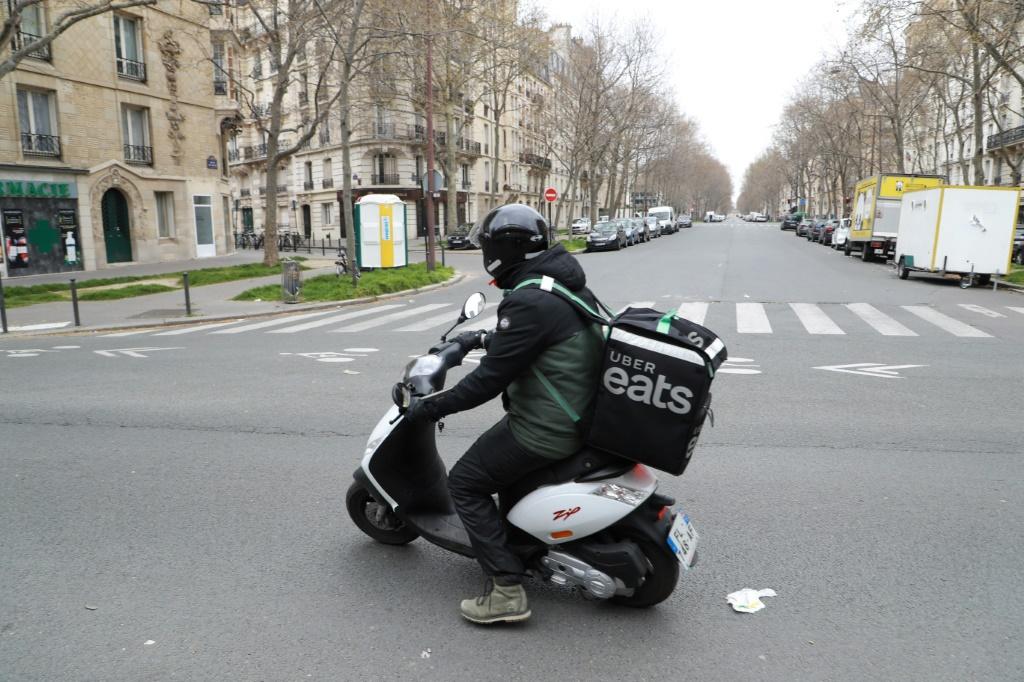 Uber on Thursday reported a $1.8 billion loss in the recently ended quarter as the COVID-19 pandemic caused its shared-ride business revenue to plunge.

Overall revenues skidded 29 percent from a year ago to $2.2 billion, as gains from delivery failed to offset a massive 75 percent drop in its ride-hailing bookings, San Francisco-based Uber said.

"Our team continues to move at Uber speed to respond to the pandemic's impact on our communities and on our business," chief executive Dara Khosrowshahi said.

Khosrowshahi said Uber's diversified business model offered "a natural hedge" against the crisis because "more people are ordering from Uber Eats than ever before."

Uber's global ride-hailing operations were hit hard during the coronavirus lockdowns, with bookings down 75 percent and revenue declining 67 percent in the second quarter.

The delivery operations under Uber Eats meanwhile saw revenues more than double to $1.2 billion -- and overtake rideshare revenue in the three months ending in June.

Uber has made changes in recent months, sealing a deal for Postmates delivery service in the US while divesting its Jump scooter and bike-sharing unit.

Uber said the company sees a recovery from the crisis that will allow it move into profitability.

"We have been desperately looking for trends to identify ways in which the future will be different from the past, and quite frankly we haven't come up with any," Khosrowshahi told analysts on an earnings call.

"We haven't seen any signs there will be any permanent damage to the business; on the contrary, we have seen signs that where economies have opened up business has bounced right back."

Meanwhile, California has filed lawsuits against Uber and Lyft for alleged wage theft by misclassifying drivers as independent contractors rather than employees, in violation of a recently enacted state law.

Khosrowshahi said Uber hopes to resolve the California crisis with a voter proposition to replace the law with a plan that keeps driver independence with some modifications.

The proposition provides a "better way" to classify drivers in a smartphone app age, according to Khosrowshahi.

"We think we've got a great message," Khosrowshahi said.

"We've got terrific supporters in the community who actually care about drivers versus, you know, labor unions and politics."

DoorDash, a food delivery platform, is also being sued by San Francisco for illegally classifying workers as contractors.

Uber, Lyft and DoorDash are backing the ballot initiative in November's election which would classify rideshare drivers and other gig-economy workers as independent contractors, while offering certain benefits such as minimum wage, sick leave and workers' compensation.