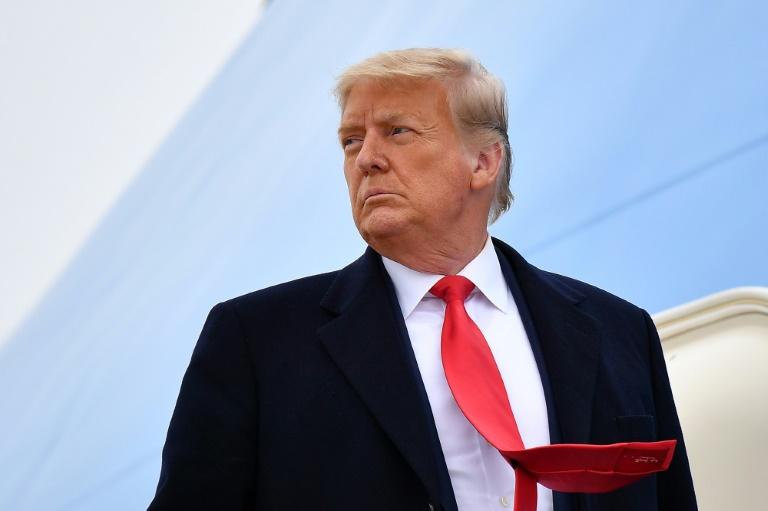 Donald Trump's fledgling social media venture and an investment vehicle it is partnering with said Saturday that institutional investors have pledged $1 billion in funds for the former president's startup.

This sum would be in addition to $293 million that Digital World Acquisition Corp raised in an initial public offering in September, the companies said in a statement.

Digital World is a special purpose acquisition company (SPAC), sometimes called a "blank check" company because it is set up with the sole purpose of merging with another entity.

It is set to merge with Trump's startup, Trump Media and Technology Group. Linking up with a SPAC is a short-cut way to sell shares publicly.

Trump says it will be an alternative to Silicon Valley internet companies that he says are biased against him and other conservative voices.

The 75-year-old was thrown off Twitter -- his preferred communications conduit while president -- as well as Facebook and YouTube after the January 6 insurrection in which a mob of Trump supporters, riled up by his repeated false claims the November 2020 election was stolen from him, assaulted the US Capitol.

Saturday's statement did not say who is investing $1 billion into Trump's venture.

Months ago, shares of Digital World Acquisition Corp shot up after it said it was teaming up with Trump, going from $10 to as much as $175 in two days.

It has since come back down to earth after that initial euphoria, closing Friday at $45, which gave it a market value of $1.67 billion.

The conglomerate's overall turnover is equivalent to around one-fifth of South Korea's gross domestic product.

Toyota Overtakes GM To Lead US Auto Sales For 2021

The Trump Organization is under investigation by the Manhattan district attorney for possible financial crimes and insur...

While Apple's image has arguably emerged less bruised than some Big Tech names, it is hardly free of controversy.

The company is expected to send letters to owners February 18 and will reimburse those who already paid to fix the issue...

The factory makes iPhones for the Indian market and for export, as well as other gadgets.